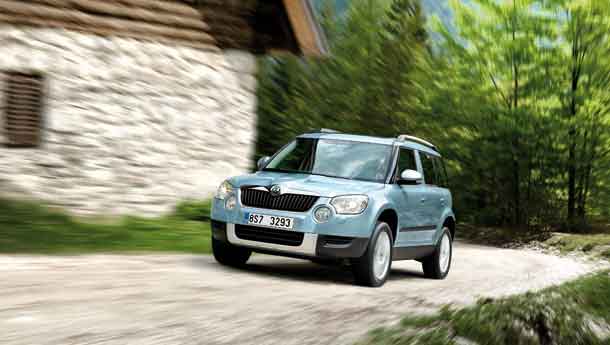 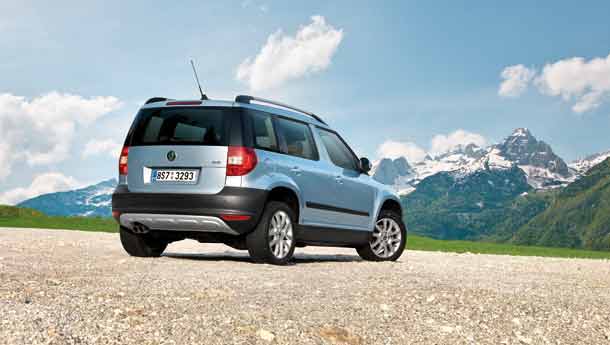 Let me whisk you straight to a mountain slope some 60 km away from Ljubljana, the adorable capital of Slovenia. The going was good till then — we had picked up a brand new Skoda Yeti from the airport, blasted across a strip of highway, had lunch at what used to be Tito’s favourite resort/home, generally slithered around on a gravel road, turned pale when we came face-to-face with massive Tatras around bends and so on. Now, the problem I faced was slightly more acute. The Yeti I was driving was safe in a parking lot and I was behind the wheel of another model with the Off-road Mode switched on. An unusually happy German instructor posed the question, “You want to go around the tree or straight?” Trust me, there was nothing “around the tree”. It was a mountain slope and in any other car I would have rolled a minimum of ten times before coming to a halt. “How many cars have gone down till now?” I asked, trying to play the funny Indian journo. “None yet, you want to be the first?”

I decided that it was sense of humour alone that decided the fate of WW II and steered the Yeti around the tree. With the Off-road Mode switched on and the gearbox in neutral, the Yeti can manage a “downhill” assist run which controls the speed by braking itself — and all you need to do is steer correctly and resist that temptation to open the door and jump to safety. Amazingly, the Yeti made it around the tree and carried on as if nothing happened.

Now, if the above mentioned episode had happened while I was driving a top-flight SUV like a Toyota Land Cruiser or a BMW X5 or, better still, a Range Rover (who invented Hill Descent Control to begin with), I wouldn’t have been surprised. But from what is essentially the first attempt at modern 4x4 SUVs by a carmaker? Needless to say, I was very impressed.   The Yeti is a neat piece of kit to look at, squat stance and all. While the frontal design stays true to that of the Yeti concept first seen at the 2005 Geneva show, flourishes such as a floating roof in white and tail-lamps that covered most of the D-pillar are gone. There is more than a hint of the first generation Toyota RAV4 in the dimensions of the Yeti, though the little Skoda is more capable in its product brief itself. Its natural competition is the Nissan Qashqai in Europe and compared to the popular city-bred SUVs in India like the Honda CR-V and the Chevrolet Captiva, the Yeti is a much smaller vehicle. It remains to be seen how much prospective buyers in India will appreciate this Octavia 4x4 (read MkV Golf) based “crossover.” My favourite bits of the exterior design are the “spotlights” and the roof-rails which make the car look really cool.

Inside the Yeti, it is again form following function but without any compromise on quality of materials used. The second row can seat three easily though the front seats are a league ahead when it comes to comfort. As with most modern superminis, the seats can be folded, slid back and forth or entirely removed to carry the cupboard (though only the ad guys seem to do it!). Instrumentation is comprehensive and controls are intuitively placed. If the interior looks a bit too traditional for comfort, blame the gestation period from concept to reality. All said and done, it is a nice and cosy place to be in as you unleash the little mule on the mountains. And yes, you can’t help but fall in love with the commanding driving position. My test car featured six airbags, climate control, parking sensors and a touch screen-based navigation system. It was another matter that most of Slovenia’s tracks are still considered classified and I promptly managed to cover three times the distance than what I was supposed to — but who’s complaining!

Skoda has got an array of engines to power the Yeti — the 1.2-litre and 1.8-litre turbo-petrol engines are good for 103 and 158 bhp, while the famous 2.0-litre TDI diesel from the VW family is used in three power guises — 108, 138 and 168 bhp. The test car I spent maximum time in was the 2.0 TDI 138 bhp SE 4x4 — the slightly grumpy-sounding engine apart, this is the ideal powerplant for the Yeti in my view. Coupled with the six-speed manual and the proven Haldex 4x4 running gear, the Yeti can manage spirited acceleration runs (100 kph under 10 seconds) and do well on tarmac as well as the loose stuff. That said, the economical 108 bhp diesel powering just the front wheels will reduce the price tag and hence will be popular in India as and when the Yeti gets launched here.   The terrain that we were driving on was not too different from what we get in the foothills of the Himalayas (ahem, I have done five Raids and I can call it familiar territory!). Loose gravel, narrow roads, no guard rails to protect you and the occasional Tatras meant that the speeds needed to be reined-in. Grip levels were high despite the power going to the front wheels most of the time, and as and when torque transfer happened in a hurry, the Yeti offered easy-to-catch slides which made life interesting behind the wheel. Ride quality offered on and off the road was brilliant for a car in its class and I was completely floored by the steering which makes the car feel like the Fabia RS on tarmac. Seriously, this car has more point-and-shoot ability than most Kodaks.

The fifth model from Skoda looks capable enough to win handsome sales. Globally, people are looking for smaller SUVs that they can drive without bringing Greenpeace to their door and the Yeti fits the bill. India is an important market for Skoda and they will be eager to see how well the Yeti is welcomed here. Maybe a lower-spec, diesel-powered, front-wheel drive model that can retail in the Rs 12-14 lakh segment could attract those who find the Rs 25 lakh-plus CR-V prohibitive.

Later in the day, once the car was parked and I was bent on sampling the local liquid produce in Ljubljana, I realised what I really disliked about the Yeti — it was the name! Skoda could have called it Septavia or Excellent, but why trouble the imaginary, mythical snowman when the car is anything but that?

The Author was on an invite by Skoda Auto to sample the Yeti.