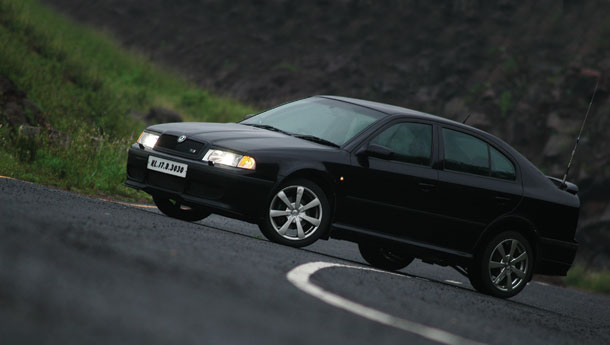 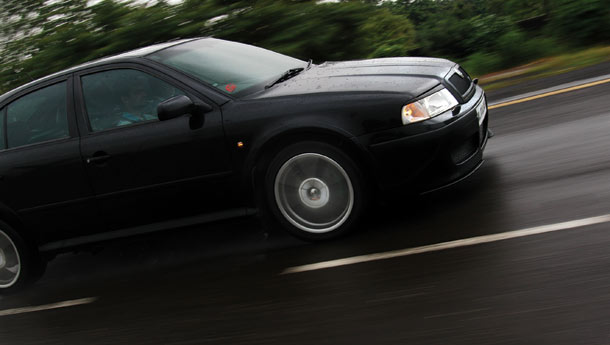 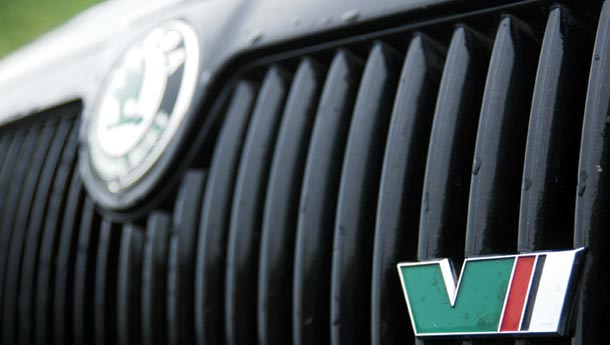 It  may not look like it, but the RS has just been through the workout of its lifetime.  As it sits there on the wet tarmac, all sweaty brow and stressed arms, it’s breathing hard. The cooling fan gulping air, the hunky Goodyear, frayed at the edges and the handsome OZ wheels runny with brake soot. And even though it’s not announcing itself to every thief and wannabe dragracer, you know there is something special about it. Special it is, but we’ll come to that later.


There are cars and then there are the hero cars. The nth degree of extrapolation of passable, unexciting saloons. The blue-collared answer to the blue-blooded supercars of today. To look at, they are cars which only kids would love. However, it’s not about the looks. In fact, when it comes to these cars, it is never about the looks. It’s about what it does. Sure, all of them come with the kind of performance to put the fear of God into you, but they do something more. Let me explain.

The RS is our first taste of a hero car. Ever since I hit its rev-limiter the first time that I drove one, it’s got me under a spell. On my commute, I peer through gaps a bit more when I see an Octy, just to check if it’s an RS. Merely spotting one is enough to liven up my 30 kilometer, 2 hour commute. I remember where they are parked and look for them every time I pass the spot. You see, they aren’t  just Octavias anymore. When you drive one, it feels free from the captivity of  platform sharing programs. It’s just you, the car and the blacktop. And that, my dear people, is the magic of the hero car.

But sometimes even that’s not enough. The result of which is the discreet, black sedan here, a Stage Two RS that’s pushing power figures upwards of 230 bhp. Tuned by Peter from Cochin (the diesel tuning box guy) who has gone ahead and mutated its DNA even more with a bunch of out-of-control chromosomes. As a true testimony to ‘BHP- more is never enough’ Peter has taken the RS to a state of tune that treads on the fine line between fun and scary. But look at the car and you wouldn’t be able to tell a thing. Stealth is the theme here.   On the outside, its just the carbon fibre splitters and the spectacular OZs (keeping the 225/45 R17 company) that give the game away a bit. Pop the hood, though, and you know this is going to be one hell of a roller coaster. On the intake side, there is a Carbonio cold air intake that doesn’t just do the job, it looks the part too. The bigger lungs maximize torque, as a result of which there is an increase in horsepower over a wider revband. Torque too comes in sooner and tails off later, while there is a slight reduction in turbo lag. There is a larger Neuspeed turbo intake pipe and an intercooler that breathes through a miniscule K&N as well.

The ECM has been to the gym too and courtesy Custom Code it’s hugely responsible for the jump in power. Boost pressure is up to 21 pounds vis-à-vis 9.5 on stock. The other partner in crime is a Miltek ‘Turbo Back’ exhaust that gives out a deep bass baritone, completely in tune with the car’s character. Then there are the other bits that have come in to support the Stage Two upgrades.

Steel Bilstein struts, beefier anti roll bars and Neuspeed strut braces, er… brace the car for the power upgrade. And that’s not all. Brakes get Ferodo brake pads and a short shifter from Neuspeed. What, no rollcage?

Anyway, all this kit makes for unbelievably ripping acceleration and a roar in the sealed cabin that’s so refined, you would think it’s coming from the Alpine stereo playing ‘Best car noises of 2005.’ The surge of power is in fact so prodigious that launching the car to get acceleration times becomes an art form. Too many revs, and the front end and the Goodyears turn into chimneys. Too little and it stumbles like a jalopy.  This car is a tempestuous brat. Torque steer is excessive and it’s an effort to hold it straight.

Get it right though, and you’ll know that the mods have worked. The black bomber is half a second quicker than a stock RS to 60 kph, and by the time it hits 100, the difference grows to one second. It gets even more impressive as the numbers on the speedo start piling up.

0 to 150 kph is a 12 second run, while it is better in the roll-ons too. From a 100 kph, this one will reach 150 in the time it takes the stock RS to hit 140.But we aren’t just talking about outright biceps here. The turbo starts working with all the subtlety of a swift kick to the kidneys at about 3000 rpm. The acceleration is so fierce, three arms would be useful here, two to hold the steering wheel just to keep the car in a straight line and one for a gearchange that seems to come up in double quick time. Four eyes wouldn’t be amiss either. Two for the road ahead is a permanent must, one for the mirrors, one to glance at the instruments.   Neck muscles are tensed and booty clench commences as the heavy clutch is dumped and the throttle pedal floored. And the noise it makes will get you interested in pressing that right foot harder, though every time you come off it, the diverter valve on the turbo is spitting.The suspension mods have sharpened the handling and the feel so much I could probably tell what grain of stone has gone into the road. The tautness extends to your hands, your feet and the seat of your pants. All this translates the driver inputs, one-to-one, without adding or altering, without delay or distortion. And this one’s a stage two, the next one will be a fire breather.

Yet, after having run the RS like a train all day, I can’t help but think that it would probably be more fun on stock tyres. Or perhaps the lump of power would shred them to bits. But there is a price to all this. To get your Turbo Octy to this level will cost you the better part of Rs 3 lakh. Money well spent? Well, let me put it this way. If a hero car isn’t heroic enough for you, then it probably is.

The RS that you see in these pages belongs to Peter Chacko, a tuner from Cochin. If you want your RS to be tuned get in touch with him at 09895053337. The remap is done by Custom Code in the UK (a tuning firm that specialises in VAG cars) and Peter is their man in India. Now, these remaps are an extremely safe option, but they will cost you your warranty.

Stage One is the real basic stuff, where you get a generic remap that’s good enough for 200 bhp straight out of the box. It will cost you about Rs 40,000 and given that a 1.8T RS in Europe makes 180 bhp, other mods to support the power aren’t really necessary. If you are looking for a sensible low budget option, this should be it. Stage Two is the car we’ve driven here and Peter should be able to help you out. It is at this level where you can mod the car to suit your driving style by dictating how the increased power is delivered. Suspension and tyre upgrades are recommended.

Stage Three is the absolute bonkers version and needs a lot more upgrades to handle the power along with the remap. This is where you could fit a bigger turbo, bore out the block, get a NOS kit …the absolute works. To support this upgrade, you will need to change the plumbing, get a fatter set of tyres and even some ground effects. All this will be good for around 300 bhp, after which all you need to do is get an insanity certificate from your local doc and then give us a call, so that we can take it for a spin. In addition to this, if you have a diesel Octy, or any other diesel car, Peter can tune that too.