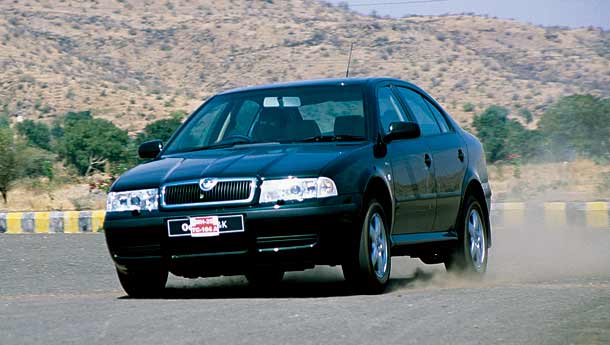 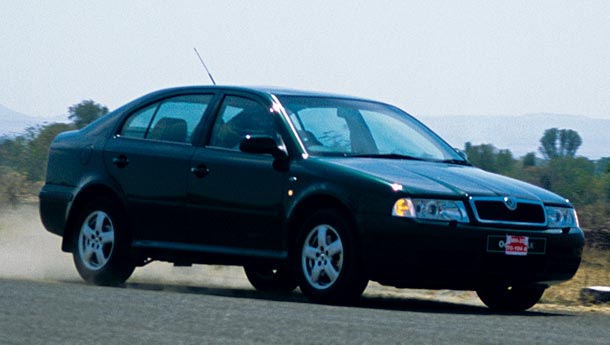 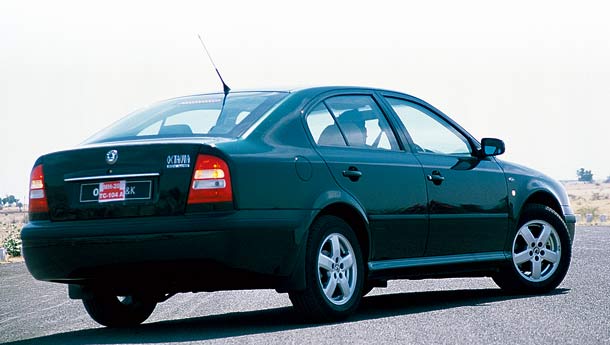 Much as I like the Octavia, I’ve always wondered why Skoda have been so slow in reacting to changing market conditions. The current Octavia 2.0 petrol and 1.9 turbodiesel variants have been around for more than three years. They’re good, capable cars, but going almost four years without any change is pushing it a bit. Toyota came with their brilliant Corolla 1.8 last year and took away some of the Octavia’s thunder. Then, GM let loose with the Chevrolet Optra 1.8 and 1.6 cars, affecting Skoda sales even further. Tucked away in one corner of Maharashtra, in the backyard of small-town Aurangabad, Skoda were beginning to look a bit indecisive and shaky. What did the future portend, for the German-Czech company?

Roundhouse kick
We were in Aurangabad last month, for the inauguration of Skoda’s new manufacturing facility in nearby Shendra. Which was a good opportunity to get talking to Imran Hassen, Managing Director at SkodaAuto India. I told him I thought Skoda are dragging their feet and have been very slow in launching new cars. We’ve been hearing of the Fabia and the Superb for ages, but where are the cars? New Skodas are, in my opinion, what’s needed to counter current (and forthcoming) Toyotas, Hondas and Chevrolets. The Skoda boss smiled and nodded in agreement: ‘You see, we started small, with just a handful of dealers. Slowly, we’ve built this thing up. We don’t want to be rushed into doing anything we’re not sure of.’ Fair enough, that makes sense, but now with this new production facility in place, are you finally bringing in new cars? Are they ever. As we found out later in the day, the Superb, with a petrol V6, and the Octavia L&K, fitted with the current 1.9TDI engine, probably tuned to 110 bhp, are definitely coming in the next three months. The existing Octavia duo will be offered with automatic gearboxes. And saving the best for the last, we are, within the next couple of months, also getting an Octavia 1.8 Turbo. No, that’s not a turbodiesel, that’s a proper petrol-powered, 20-valve, DOHC, turbocharged inline-four which displaces 1781cc. Just as god intended.

There was an Octavia 1.8 T (in top-of-the-line Laurin & Klement trim) parked in the Skoda factory and as you might expect, I wanted to have a go. And the generous souls they are, Skoda said I could. Sooner or later I was doing what god, thankfully, intended me to be doing for a living – driving a car to its limit. With 147 bhp and 21.3 kgm of torque, the Octavia would be giving the streets of Aurangabad some serious shredding. And doing that shredding would be the car’s quartet of 195/65 R15 Goodyear Eagle NCT3s. Wearing these thick boots on its 15-inch alloys and painted in gleaming dark green, the 1.8 T looked purposeful. An all-new Octavia is on its way and will replace the current car next year, but till the time that happens, the current 1.8 T will do. Stylewise, I only wish they give it the Octavia RS’ front end, which looks so much more aggressive. Just by the way, Skoda are also contemplating bringing the WRC-derived Octavia RS to India. Final decisions are yet to be taken, but if that 180 horsepower car does come here, well...   The cabin of the L&K 1.8 T we drove was in a different league from the Octavias sold here in India. While Indian Octavias get rather dreary greys and blacks, the 1.8 sported plush beige leather, a 6-CD-changer, steering wheel-mounted controls for the stereo, automatic aircon, a sunroof, chrome-topped gearlever and a smattering of glossy plastic-wood. All this was in a car that was in L&K trim, which might not come to India – Skoda still have to take a call on whether to bring the 1.8 Turbo in other trim levels, or go all out and get the 1.8 T L&K here. Personally, I’d say they should. If only to show Toyota and GM a thing or two.

But while the Octavia 1.8 Turbo L&K’s (whew!) interiors are suitably spiffy, the engine is the star of the show. Frankly, dudes, it absolutely rocks. Forced induction means that the 1.8 T is as powerful an Opel Vectra 2.2, which is more than what either the Honda Accord 2.4 i-VTEC or the Toyota Camry 2.4 VVT-i can say for themselves. And it shows. During testing, the Octavia hit 72 kph in first gear, 118 in second and was still accelerating when we hit 155 kph in third, before running out of road. With two more gears to go, I fully expect the 1.8 Turbo to hit 215 kph if you can find the road for it. Floor the throttle and the engine’s meaty thrum and the whistling turbo egg you on. Dump the clutch and the acceleration does not disappoint. Not at all. The gearbox still feels a bit notchy, but I rather like its heavy, mechanical feel. It certainly isn’t as slick as, say, a Honda City’s shift, but feels right for this car. Once you get going, 0-60 kph comes up in 4.81 seconds and 0-100 takes only 9.10 seconds. These numbers are about half a second off the Corolla’s, but due to lack of appropriate track, we were testing the Octavia Turbo on roads that were deserted, but also liberally strewn with gravel. Not the best thing when you want to avoid wheelspin and get the best acceleration time, you see. I can’t wait to drive the car in Mumbai, where we usually test, and see if it will post slightly better times. Even if it doesn’t, I’ll admit I love this car to bits. I want one. And so will you, once you’ve driven it.   Slam dunk
Engine performance isn’t of much use if the rest of the package isn’t up to it. With the 1.8 Turbo, thankfully, it very much is. The Octavia has always had a competent chassis/ suspension combination, which is happy being thrown around corners as hard as you dare. Octavias I’ve driven in the past – the 2.0 petrol and the 1.9 TDI – have exhibited a tendency for some understeer when being pushed really hard. Which only makes the car safer for most drivers in most circumstances. However, the 1.8 T has something which lesser Octavias don’t have – something Skoda call ‘Anti-Slip Regulation.’ ASR is Skoda-speak for traction/ stability control and it works extremely well. Usually, I’m a bit wary of electronic gizmoids cutting in while I’m having fun in a car, but ASR is not obtrusive – it just gets on with doing what it’s supposed to – keep the car in the right trajectory. During some high-speed cornering – only for pictures, believe me – on gravel-strewn roads, I could feel the car begin to twitch and slide a bit, but then ASR would work its magic and without me having to apply opposite lock, the car would rocket down the road with unabated velocity. No lifting off the throttle, no arm-twirling steering corrections, no panic – just high speed, steady-state cornering. I know it’s beginning to sound like I’m fawning over the car, but it really is that  good.

I still think it’s already a wee bit late in the day – Skoda should have already launched this car by now. Still, with its combination of classy styling, an engine that’s more powerful than competitors’ bigger, more expensive D-segment cars, ride comfort, luggage space and handling prowess, the 1.8 Turbo makes great sense. You’ve done the groundwork, you’ve established a strong base, you’ve got your dealer network in place and the stage is all set, so Skoda, don’t make us wait more. Give the country our first turbocharged petrol. Its time has come...