Skoda looks at localisation of parts to lower prices 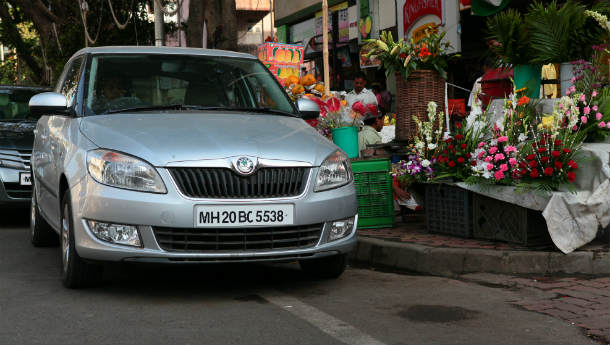 To shed its premium tag and ramp up volumes in the Indian market, Czech car maker Skoda is increasing localisation levels and rationalising prices across the range of products it offers in the country.

“We are focusing on reducing the cost of ownership of Skoda products. We are perceived mostly as an urban brand, one focused on the premium end of the automobile market. We are also working on improving localisation levels for our vehicles, the benefits of which would be passed on to our customers. A comprehensive growth strategy to penetrate deeper into the country with our range of products would be in place by the end of the year,” said Sudhir Rao, managing director, Skoda India

Rao declined to specify the quantum of rationalisation planned for the price points at which the company offers its vehicles in India. He said a major proportion of the equity infusion of Rs 300 crore announced recently would be used to source more components locally. Skoda sells premium hatchback Fabia, sedans Rapid, Laura and Superb and sports utility vehicle Yeti---all priced between Rs 5.29 lakh and Rs 24.74 lakh (ex-showroom, Delhi).

“Organisationally, we are doing a lot of things. New positions have been created in the company over the last few months to focus aggressively on India operations. The position of an India managing director did not exist before. We are finalising the blueprint on new launches. But on the distribution front, we want to expand rapidly and set up 150 outlets by 2014-15,” Rao said.

In India, Skoda has 102 dealerships, with 70 per cent penetration in major markets. The company plans to open all new sales outlets in non-metro areas.

Though the Indian subsidiary contributes a little over three per cent to Skoda’s sales globally, plans are being firmed up to raise these volumes “substantially” to achieve sales of 1.5 million units worldwide by 2018.

Rao ruled out introduction of the much-talked about small car (in the Rs 3-5 lakh bracket) in the near future.

He, however, hinted plans were afoot to introduce an upgraded version of the Fabia in the coming months.

“The Fabia has to perform much better and we have to make it much more attractive and competitive. That would be the biggest cornerstone of our growth here.” Sales of the small car tanked 68 per cent to 1,463 units in the April-June period, compared with 4,577 units sold in the corresponding period of last year.

Despite the sluggish consumer sentiment in the domestic automobile market, Skoda is confident of increasing sales 45-50 per cent this year, riding on the success of its entry-level sedan Rapid. The Rapid has zoomed ahead of rivals Honda City and Maruti Suzuki SX4 and accounts for 17 per cent market share in the mid-size sedan space.