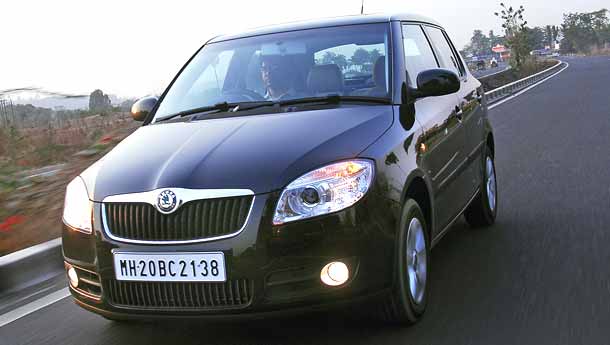 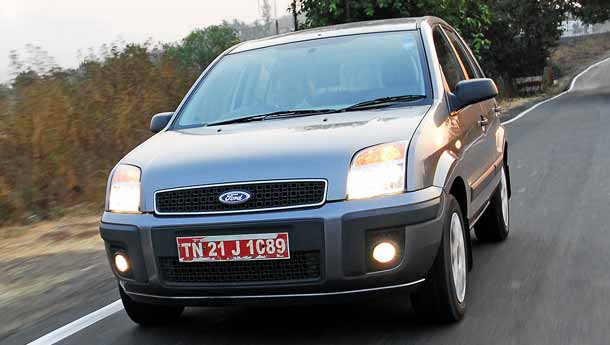 Are you a no-nonsense person or do you want to feel special? Ford says that its Fusion appeals to both the left brain as well as the right, while Skoda says that the Fabia is the only hatchback that pampers you this well. While Ford again says that the Fusion is a great match of practicality and frugality, Skoda says that since you are a special person, you need a car that comes with a host of accessories as standard. And you know what I say to all that? Here goes...

I really liked the last generation Fabia hatch, and was generally known as the Fabia-man in Skoda’s previous management circles. And much to my chagrin, Skoda took its own time to introduce the Fabia in our country. But the Fabia they wanted to launch a few years back was the sedan version, rather than the hatch, which they felt would be too expensive for India. It’s another thing that the second-generation Fabia that we have here is not cheap by any standard. What tilted the scales towards Skoda introducing the hatch was that famous excise duty cut for small cars (below 4,000 mm in length and with engine capacities less than 1500cc for diesel and 1200cc for petrol). Even Ford benefited with this piece of legislation when they gave the Fusion a facelift in 2006 and introduced the diesel version last year. And like with the Fabia, it’s not exactly cheap – Ford is still struggling to convince people that it’s not your average hatchback and is a unique car. But that does not stop us from comparing these two, right?

Design
Quickly tell me, which is the newer car here? Yeah, yeah, I know that was a stupid question, as even a blind man can make that out. Since the time the Fusion was first launched in Europe, car manufacturers have been able to beautifully craft sheetmetal in new ways economically, which is why we are seeing some sharp sections, crisp lines and funky curves even in non-luxury cars. The Fabia is a fine example of this. Actually, if you remember how simple the last-gen Fabia looked, you’ll understand how sophisticated things have got with its replacement. Though I still have strong feelings for the old Fabia, I have to come to terms with this new sophistication. People may like that gratuitous use of chrome on the grille (it reminds me too much of that gawky Roomster concept), while those projector headlamps in the Elegance version make it look cross-eyed (I swear!). Yet, the Euro-chic lines of what is essentially a conventional hatchback format makes the Fabia refreshing on our roads.

Interior and Comfort
For all its external sophistication, the Fabia is remarkably simple inside. The layout is traditional and quite uncluttered. The controls for the climatiser are placed well above where you’d normally see them and you have the luxury of two gloveboxes, but beyond that, there is nothing radical about the Fabia dash. Quality of course is quite good of all the plastics and the switchgear and they look as if they will last beyond five successive owners of the car. The instrument console is typical Skoda, with two big dials for the tacho and speedo. The Elegance version comes with an electric sunroof plus parking sensors and its respective LCD display... it seems like a bit of an indulgence in a hatchback.

The Fusion dash is of course a host of cubbyholes that have been put together. Its utilitarian nature on the outside is thus reflected inside as well. The parts-bin sharing from the Fiesta means familiar needles, gauges and controls. I like the soft rubbery texture of the dash, but the quality of plastics and the way the doors shut is not as good as that of the Fabia’s. What goes in the Fusion’s favour is that it has a longer wheelbase and thus more legroom for rear passengers... oh, and much more luggage space in the rear as well. Both cars have good enough seats all around though, with adequate thigh support. So it is like this; while the Ford interiors are practical, thoughtful and spacious, the Fabia makes you feel good and warm and that all is well with the world outside. The battle evens out here.
Fabia :  ***
Fusion :  ***

Powertrain and Performance
The Fusion’s diesel motor is the same one that powers the Fiesta. Displacing 1399cc, the four-cylinder turbocharged motor develops 68 horses at 4000 rpm and 16.31 kgm of turning force at 2000 revs. The motor is a remarkably fuel efficient one and is adequate for the kind of driving one would expect to do with this car. It is quite refined for a small oilburner, and NVH levels are well under control. The gearing is also well-suited to the nature of the engine and does a good job in terms of driveability. But before we go on, meet the Fabia’s turbodiesel motor. It’s one pot less than the Fusion’s engine but also puts out identical horsepower at the same rpm, while torque is at 15.81 kgm between 1600 and
2800 revs. It is a bit noisy, because of the inherent nature of a three-cylinder diesel, I suppose. The last time we saw a three-cylinder diesel motor was in the Hyundai Accent, and that was a blast when it came to performance. Compared to that, the Fabia’s diesel motor is tame. The reason could be that since the cost of acquiring the car is so high, one might as well keep the running costs low! The five-speed gearbox of the Fabia shifts positively and engages well, as compared to the Fusion’s gear lever action, which is just a wee bit rubbery (the rubber ‘bellows’ covering the lever don’t help either!), but it’s nothing to crib too much about.   When it comes to the performance numbers, the lack of a cylinder does not compromise the Fabia. It comprehensively beats the Fusion, across the board, that too by a margin that increases as the speeds go up. Check out the timings in Auto Data and you can see how the Fabia is a much quicker diesel car. Well, there’s no arguing with the numbers. But it does not end here.

When it comes to driving in the city, in low speed conditions, the Fusion is simply much better than the Fabia. Yes, it is kind of unbelievable when you consider that the Fabia’s motor makes most of its torque at lower rpm than the Fusion (and the proof is in the numbers). The Fabia feels slower than the Fusion when it comes to moving out of traffic signals or even while you are downshifting to overtake at marginally less rpm levels in second gear. The Fusion that way is more driveable and seems quicker to recover from the lower reaches of the tacho, and as mentioned before, the gear ratios are well spaced to that effect. The way to keep the Fabia driveable in traffic is to either play with the clutch or keep the revs high.
Both engines make the cars decent highway stormers. Though outright high speeds are not on the menu, both cars cruise easily at 120 kph without visible effort, but when it comes to higher passing speeds, the Fabia is again king.
Fabia:  ****
Fusion:  ***

Ride and Handling
As I have mentioned before innumerable times, Ford’s small car facility in the UK knows about how to make cars ride and handle very well. Even with a slightly nose-heavy diesel, the Fusion’s basic characteristic of being a fun car to drive in the twisties remains. The steering feedback is just right and it helps to keep the car tight on the curves. Okay, the ride is not that exceptional, but it is better than what we’re used to in other large hatchbacks like the Suzuki Swift and the Hyundai Getz. So the only thing that you can hold against the Fusion is its tall stance and driving position that somehow does not match its handling prowess... but that’s the innate nature of the car. And then you step into the Fabia.

I hereby declare that the one car that has the best ride amongst all hatchbacks sold in India is the Fabia. The way it irons out the rough is amazing, it’s almost as if you are sitting in a bigger car. And that’s no mean praise, mind you. The Fabia’s underpinnings are meant to take a sedan as well as an estate, so some amount of great engineering has gone in there. Even when it comes to handling, the Fabia is a good enough car across the board. The well-weighted steering goes with its capabilities to straighten out some tight corners and the car is superbly planted... again, very much like a bigger car. Okay, the diesel engine does not match the rest of the car’s attributes, but you know that deep inside, the car is immensely capable and should ideally receive a sizeable boost of horsepower and torque. Conversely, both cars acquit themselves honourably at high speeds, but the Fabia definitely feels much more planted and confident.
Fabia:  *****
Fusion:  ****

Verdict
Er, this is the tough part. The Fabia is the newer car here and that means its novelty value is pretty high. But the price also is pretty high. The Elegance version we had for our test costs close to Rs 8 lakh – quite a few three-box cars come for that sort of money. But you know, Skoda can get away with it because it has the unique position of being a premium car in India, unlike in Europe, where it is a VFM brand. Here, it is ‘Heck, I can afford a Skoda finally! So what if it does not have a boot?’ So despite the heavy tag, I will have to recommend the Fabia.

The Fusion, on the other hand, is a different sort of car that you’d specifically buy if you want a Fusion. Um, if that
doesn’t make sense, it’s like this; suppose you want a spacious, rugged, fuel efficient car with adequate ground clearance and have a narrow parking slot, the Fusion is all the car you need. You can’t get more specific than that. Ignore the Fabia’s Elegance version and instead plonk for the Ambiente which also comes with quite a few features as standard. At Rs 7.32 lakh ex-showroom Mumbai, it’s a whopping 60k less. So maybe, as I mentioned in the beginning of this article, it is possible to be a no-nonsense person who can feel special.

Now for the Fusion. Hmm. Hmm. And more hmm. The tall stance (it has better ground clearance than the Skoda), the flared wheel arches, large greenhouse and peeled-back headlamps make it look different from all other hatchbacks on our roads. The Fusion has been designed to look functional and is more like a miniaturised MPV rather than a typical hatch. It will draw appreciable attention from other like-minded fathers when you drop your child at school – it’s the kind of car that makes you look as if you have made a sensible choice. Which means that it is not going to make a style statement when you draw up at your local club.