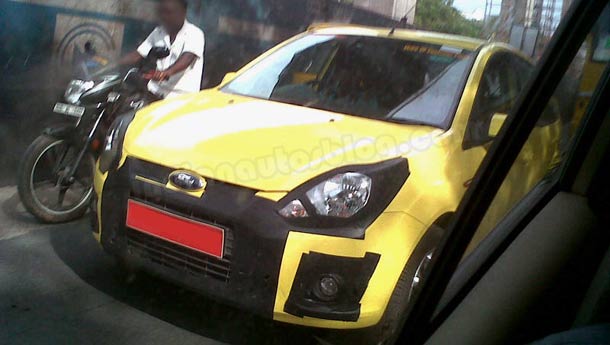 The beleaguered auto industry is pinning hopes on the festive season sales to bring the much- needed cheer and have lined up a series of new launches to woo customers in the coming days.

Within this week, the domestic automobile market will see as many as six new vehicles that include Maruti's new Alto, Tata Motors' Indigo Manza Club Class and Safari storme, Rexton from the stable of Mahindra & Mahindra's Korean arm Ssangyong and the new Ford Figo.

Honda Cars India will also be introducing the automatic transmission version of its compact car Brio on October 18. This will be followed by the CNG version of the company's mid-sized sedan City later in the month.

General Motors India will launch the refreshed version of its small car Spark later this month, while its brand new hatchback Sail U-VA will debut in November.

"Usually sales go up during the festive season and we do hope this year also it will not be different and the new model launches will help," Maruti Suzuki India (MSI) Chief Operating Officer (Marketing and Sales) Mayank Pareek told PTI.

Till last week, the company had already received 6,500 bookings of the new Alto.

Customers interest is high as it is resulting in growth in enquiries, bookings. The customer interest is also high now on account of proposed price increase on all Hyundai vehicles from this month-end, he added.

General Motors India Vice-President P Balendran said: "There is a positive movement in the market and this month sales could be higher by 10% compared to the last month and this is all because of the new launches."

The market continues to be difficult and this festive season will not be like the usual ones when sales grow by 20-25%, he added.

Hit by high fuel prices as well as interest rates, and low consumer sentiment due to overall macro-economic factors, domestic car sales registered a decline of 0.27% in the April-September period this fiscal at 9,09,972 units as against 9,12,455.

Declining sales have forced Society of Indian Automobile Manufacturers (SIAM) to lower car sales growth projection to just 1-3% for this fiscal, from the 9-11% announced in July.

In order to overcome sluggish demand, the car makers have been offering discounts.

"The market has been difficult this year and during the 'shraad' period we had to offer high discounts to woo customers," Pareek said.

Expressing similar views, Srivastava said: "Many of our dealerships are offering pre-festive season booking incentives across most of the models."