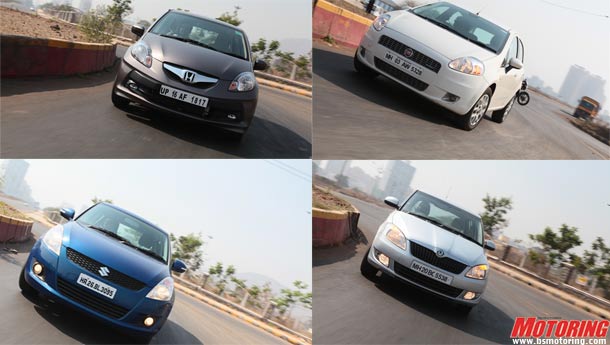 The passenger car segment in India could see flat or marginal growth in sales this financial year, as high interest rates and fuel prices, coupled with weak consumer sentiment, continue to impact offtake, according to the Society of Indian Automobile Manufacturers ( Siam).

The industry body on Wednesday revised downwards its growth forecast for passenger cars to zero to one per cent for 2012-13, from the October estimate of 1.3 per cent. Earlier this year, Siam had projected that passenger car sales would grow 9-11 per cent in 2012-13.

The latest revision comes after passenger car sales declined 12.5 per cent to 141,083 units in December. This is the steepest drop since August last year, when car sales had fallen 18.56 per cent.

“Negative sentiments among consumers at the entry-level due to high interest rates and fuel prices are hurting sales,” said S Sandilya, president, Siam.

To rev up growth, Siam has made a submission before the government, urging it to cut excise duty on larger cars to 22 per cent from the current 27 per cent. It has demanded an extension of benefits outlined under the Automotive Mission Plan for another 10 years till 2026.

“Going by the current trends, we do not think the industry will be able to recover in the fourth quarter (January-March) unless the government extends support,” added Sandilya. Siam has recommended that excise duty on small cars and two-wheelers be cut to 10 per cent from the current 12 per cent.

According to data released by Siam, passenger vehicle sales declined 1.1 per cent to 206,865 units in December.

Industry growth was dragged down by Tata Motors Ltd and Hyundai Motor India Ltd, which reported a decline of 28 per cent and nine per cent, respectively, in domestic sales.

Overall vehicle sales across categories rose 2.77 per cent to 1.45 million units. Siam expects volumes to pick up in the March quarter.

Revised FY13
forecasts made
in July 2012

Re-revised FY13
forecasts made
in Jan2013