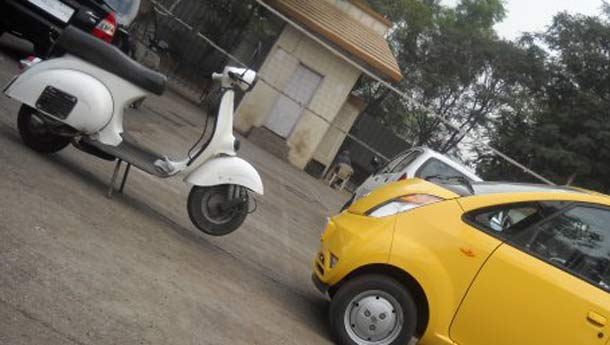 In my mind
Curtains have fallen on the 10th Auto Expo. It was arguably the best show since its inception, thanks to the importance bestowed on it by some major car makers who chose it as a venue for world premieres, and of course, for the sheer enthusiasm of the millions who braved the cold to witness it. World premieres of the Toyota Etios, the Honda small car concept, the Suzuki RIII concept and the mega launch of the Volkswagen Polo will remain the lasting images from the show. There was eye-candy too, but mostly made up of cars intended for sale in India, like the gorgeous Mercedes-Benz SLS AMG. I expected to see more focus on electric and hybrid vehicles — the Hyundai i10 electric and the Chevrolet e-Spark are mere starting points but the official launch of the Toyota Prius signals the serious intentions of Toyota. It is a firm that is capable of putting into production a more affordable hybrid car for emerging markets if there is enough demand for it. Covering the Expo was easier thanks to better media centre facilities, though a more efficient utilisation of time for press conferences (17 on the media day) and better frequency of shuttles to connect the far ends of Pragati Maidan would have been appreciated. And hey, avoid film stars at launch events at the show, unless you really want a stampede situation. Valentino Rossi is okay, but John Abraham can take a walk — this is a motor show, for heaven’s sake!

In my garage
I have been driving the new Volkswagen Beetle and let me tell you there are not many cars that attract as much attention on Mumbai streets as this one. Was it the form or the colour (Sunflower)? I don’t know, but I realised soon that it is certainly not the history and the connection to the original. People who knew nothing about the rear-engined masterpiece got attracted to the new car like moths to a flame. Maybe the likes of Toyota and Hyundai should build automotive forms that make people mouth, “Oh so cute!”, from a distance — at half the price! I managed to get a pic of the new Bug next to an equally yellow Nano because it looked like the right thing to do. So what if you can get 15 of the latter for the price of one new Beetle?

Car of the week
As far as stealing the thunder goes, General Motors India (GMI) did it with élan on the eve of the Auto Expo. The Chevrolet Beat looks contemporary, will be cheap to run and costs under Rs 4 lakh on road. This is a classic case of excellent packaging and sharp pricing. This car should take GMI a long way in India. It’s one of those few cars you feel like recommending to people even before driving it!

Bike of the week
Our Vespa clone, Roxanne, has arrived. She is old, a little bit rusty and not perfect when it comes to detailing — but she still manages to look like a million dollars. She looks great next to our modded Enfield, the Thunderclap. A small crowd of morning walkers gathered the day my wife and I decided to give the little scoot a generous dose of speed-block striping. A conversation piece? This is it.

Question of the week
Which car did Business Standard Motoring drive 6,000 km across America for the 11th anniversary issue?

The 2010 Chevrolet Camaro. I think it will help if I state here at this point that the issue is now on the news-stands.
Buy!