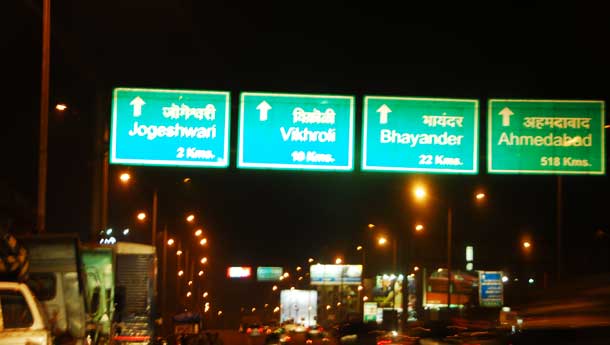 Notice anything unusual about this photograph? Well doesn't look abnormal, does it, considering that's a lit signboard. Now, look closer - this photograph was taken just 50 feet from the board in our long-term Jetta and this is during rush hour, lit up not by other passing traffic but our car!

Still doesn't sound strange, you might say, since it could be misaligned headlamps and a mere rectification is in order. It actually isn't. You see, when I started driving this car more than a month ago, I thought it was a phenomenon associated with just our car. As it turns out, everyone else in our auto journalist fraternity driving the car had the same complaint - the car was lighting up trees on high beam rather than the road. So I tried to figure out what was wrong and realised why the Jetta was doing what it was - it's designed for Europe. You see,people driving on German autobahns or European expressways have such signboards every few kilometres and since average speeds are much higher at night time, it's necessary to light up boards even as far as a quarter mile away. Which works well in Europe but not here.

Somehow, changes adopted to suit Indian driving conditions boil down to just fuel and suspension settings and well, lots of chrome in the right places. But little things tend to get ignored and then they manifest into end user problems like this. Hopefully, VW don't repeat the mistake and sort it out with the Polo when it comes here this December, otherwise there will be a lot of little VWs neatly wrapped around trees.