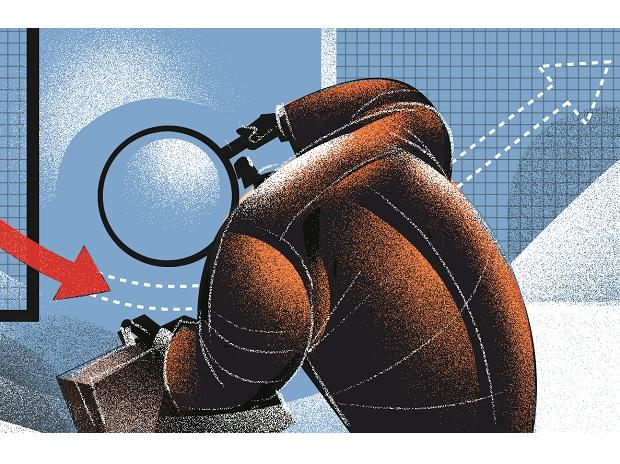 A weak day of trade, clubbed with subpar results published on Friday after market hours, dragged the stock of Mahindra & Mahindra Financial Services (M&M Fin) by over 3 per cent on Monday. Despite assets under management (AUM) and loan disbursements growing by a healthy 31 per cent and 24 per cent, respectively, year-on-year (YoY) in the December quarter (Q3), the Street wasn't too pleased with the headline numbers that lagged estimates.

Net interest income (NII) grew by 20 per cent YoY to Rs 1,204 crore, while net profit, at Rs 319 crore, took a 20 per cent hit, compared to the previous year. Operating expenses, up 37 per cent YoY, because of elevated employee costs dented the show. However, analysts at IDFC Securities noted that even excluding these one-offs, operating expenses remained steep. Timing difference in recognition of operating expenses and AUM growth coupled with six-12 months of break-even period for new branches could keep costs high for a while. A finer reading of numbers highlights that while asset quality may be controlled at 7.7 per cent gross non-performing assets ratio as against 11.6 per cent a year-ago, provisioning and write-off costs, in absolute terms, remained elevated at Rs 225 crore in Q3, up 83 per cent YoY.


Analysts at Kotak Institutional Equities noted a deterioration in Q3's provision coverage ratio to 26.9 per cent. This is much lower than the 35 per cent-plus mark maintained in the recent times. It needs to be seen if Q3's relief on asset quality is only temporary.


Likewise, a dissection of loan book indicates a sharper contribution from commercial vehicles, AUMs of which grew by 70 per cent YoY. Seen against the underlying industry trend which isn't very supportive, M&MFin's performance on the front needs monitoring.


Consequently, brokerages such as IDFC Securities and Kotak Institutional Equities have tweaked their earnings estimates downwards by 7-11 per cent for FY19.