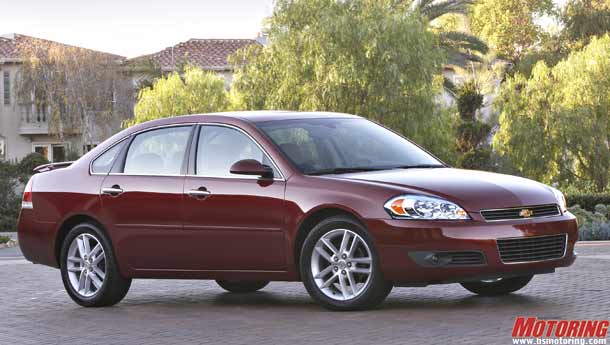 General Motors Co is recalling 322,409 model year 2009 and 2010 Chevrolet Impala sedans because front seat belts may not be properly anchored, the automaker and federal regulators said on Friday.

No injuries or fatalities have been reported in cases where the seat belts were not securely anchored or twisted, GM said in a letter to the US National Highway Traffic Safety Administration.


GM said it will begin asking its Impala customers later this month to bring the sedans to dealerships for inspection and repair if necessary, free of charge.

Through mid-August, GM told NHTSA it had received 32 warranty reports of seat belts having separated from their anchorage.

The vehicles involved in the recall were assembled in Ontario from April 2008 to March 2010, GM said. NHTSA said of the 303,100 Impalas recalled in the United States, about two-thirds of them were 2009 models.