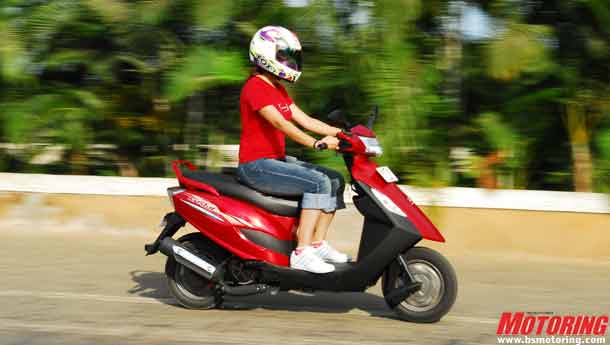 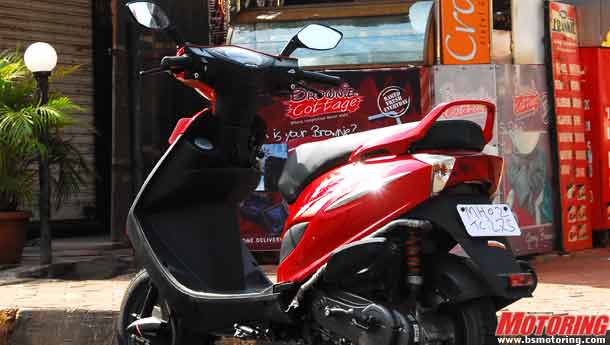 Scooters: you either adore them or you abhor them. Either way, they are here to stay. But Bajaj Auto did not think so. In 2009-end, Managing Director Rajiv Bajaj announced that Bajaj was exiting the scooter business. In January 2010, they pulled the plug on the Kristal, their last offering in the segment.

In India, the scooter craze was given a shot in the arm more than two decades ago by the Kinetic Honda. Sales of geared scooters, mainly the Bajaj Chetak and the LML range, had dipped, then plateaued and then came the Kinetic Honda that started selling like hot cakes. It reigned supreme till the advent of another legend -- the Activa in 2001 -- which also happens to be a Honda, albeit with no connection to Kinetic.

What Honda saw was serious potential in the market and they put their ears to the ground. They realised that people still wanted the virtues of a scooter – ample space to load up the groceries and relatively good weather protection (when compared to a motorcycle) – but they also wanted added convenience. While the Honda Eterno’s sales hardly took off, the Activa’s numbers shot through the roof – proof that the new scooterist wanted the convenience of an automatic twist-and-go scoot and not the clutch/gear ritual of the older geared scooters.

Honda’s Activa has done so well that if you look into the second-hand market, it’s very difficult to come across a good specimen for sale. Even if you do sight one, most certainly it won’t be a steal. And if you decide to buy one brand new, there is a waiting period in excess of six months. Honda sold a total of 7,46,501 scooters in 2010-11 – 1,29,395 more units than the motorcycles they sold in the same year. Growth is a healthy 24 per cent over the last financial year.

There are others who have since woken up and smelt the coffee. Hero Honda has the Pleasure, a scooter powered with the older Activa’s engine. Suzuki has the 125cc Access that initially took it’s time but is now selling in increasing numbers. The Wego is the latest addition to the three existing automatic scooterettes currently in the TVS line-up – the Scooty Streak, the Scooty Pep + and the Scooty Teenz. Let’s not forget the trio which marked the debut of Mahindra 2 Wheelers in the two-wheeler segment – Flyte, Rodeo and the Duro – which are selling in growing numbers.

With such a degree of activity in the segment, the absence of a two-wheeler giant like Bajaj Auto is all the more glaring. Especially given that their business was built on scooters. But early this year, Bajaj Auto Chairman Rahul Bajaj said that the firm might get into scooters once again, but the final decision would rest with Rajiv.

If Bajaj were to re-enter the segment, it certainly will not be with a jazzed-up Chetak, far from it. It will be a jump from the Kristal, Bajaj’s last short lived product in the twist-and-go scooter market. Expect it to have reliability and ruggedness engineered into it along with smart but conventional styling (Indian scooterists, it seems, aren’t into futuristic styling yet), acres of floorboard, underseat space and comfortable seating. Longevity is a must in this segment and hence, metal panels will be preferred.

As roads get more congested and fuel prices soar, people will resort to more practical and cheaper modes of transport. Scooters, with their versatility and ease of operation, offer all of that and more. Don’t be too surprised to see a brand new Bajaj scooter in your neighbourhood showroom some time soon.