SCOOP! Skoda to launch more variants of the Yeti in 2011 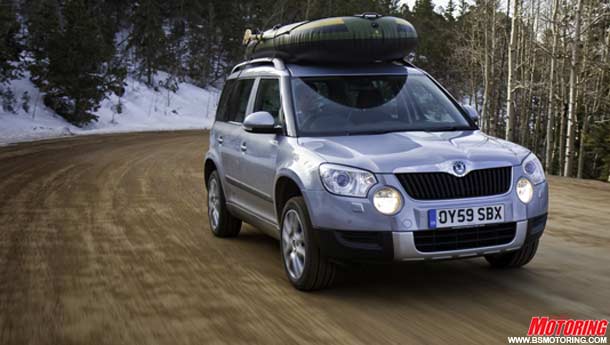 After a blazing entry with over 2000 bookings of its Yeti crossover, Skoda India is considering bringing in more variants of the Yeti in India. According to sources, the company is considering bringing in a smaller petrol engine as well as diesel engine variants for the Yeti as it plans to expand its toehold in the Rs 12-18 lakh crossover segment that is expected to see a lot of action in the coming year.

On the cards is a 1.6-litre diesel engined variant of the Yeti. The motor that currently powers Volkswagen's Vento and will power Skoda's upcoming Vento based Fabia saloon may also be found under the hood of a Yeti. Producing 104 bhp of peak power and 25.5 kgm of peak torque, this Yeti can accelerate from 0-100 kph in just over 12 seconds and hit a top speed of 176 kph (all manufacturer claimed). Importantly this version is only available in front wheel drive and has a five-speed manual instead the six-speeder available with the 2.0 TDI version.

Another engine that is being considered is the 1.2 TSI motor. Producing 104 bhp from the turbocharged 1.2-litre engine, it can accelerate from 0-100 kph in 11.8 seconds and go on to a top speed of 175 kph. Like the 1.6 Yeti, this one too will be front wheel drive and sport a five-speed manual. Skoda India is still not sure whether it wants to bring this engine to India given the cost of the engine and isn't confident of the motor being able to withstand Indian fuel.

If Skoda does bring these two engines to India, we expect pricing to start as low as Rs 12.5-13 lakh, ex-showroom and will help Skoda expand its base and make deep in-roads into the entry D-segment where cars like the Toyota Corolla and Honda Civic are on offer. Watch out for more updates on this BS MOTORING EXCLUSIVE.