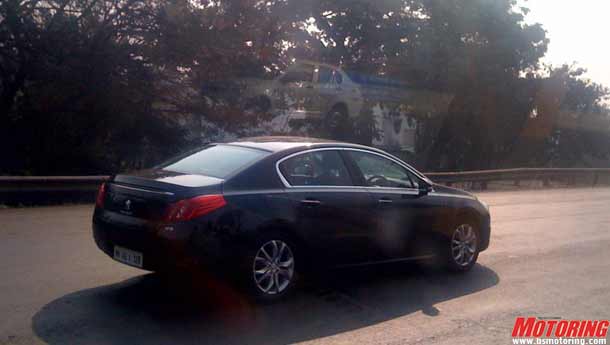 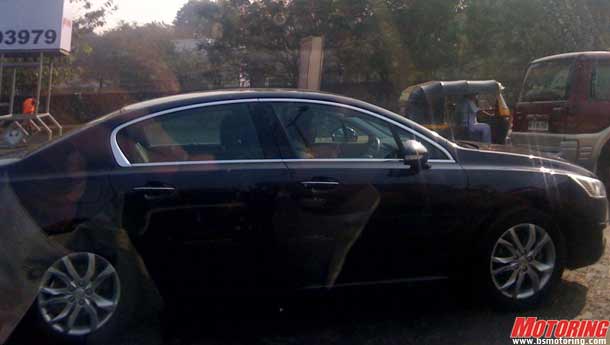 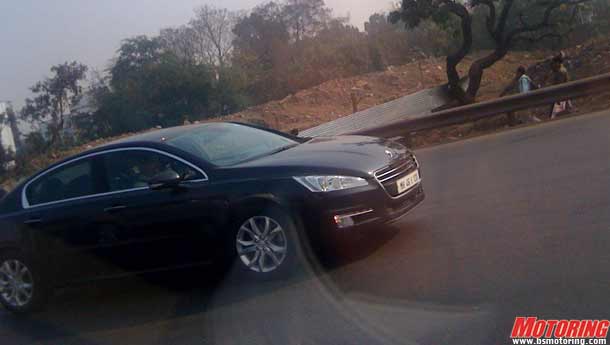 Peugeot's entry in India may happen through the CBU route as was revealed at the 2012 Auto Expo. And while they may have put some of their investments on the backburner, that isn't stopping their CBU plans, not yet at least as our reporters seem to have found.

This Peugeot 508 with Maharashtra registration plates was found in Mumbai and what was rather surprising was that it seemed to be running regular black on white plates, suggesting that Peugeot may have already completed homologation formalities. The Peugeot 508 is a 4.8-metre long saloon that rivals the likes of the Skoda Superb, Honda Accord and Toyota Camry. Powering the 508 for India will be a 2.2-litre HDi, four-cylinder diesel motor that is good for 201 bhp. The car would most likely come with both 6-speed manual and automatic options.

The Peugeot 508 might end up being the first car to be sold in India from its stable as it prepares the RCZ coupe and 3008 SUV as well. Peugeot is aiming to setup 12-15 dealerships initially, though whether these plans too might be affected by their decision to cutback on Indian investments remains to be seen.