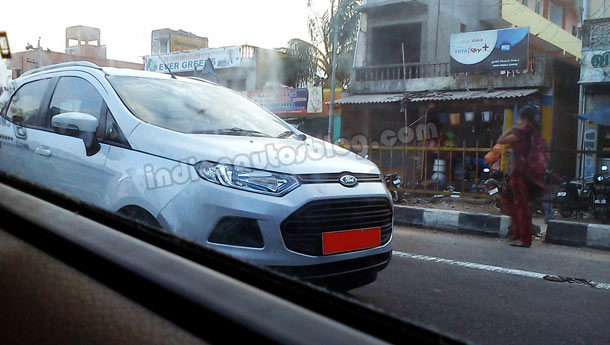 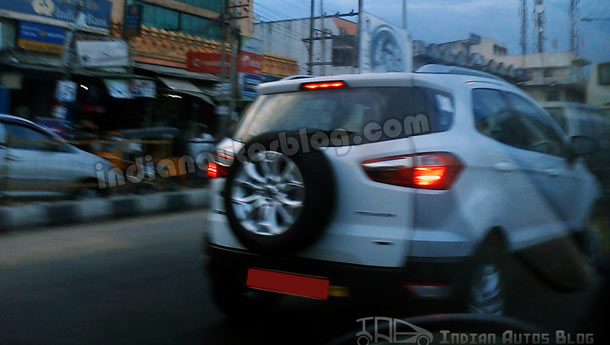 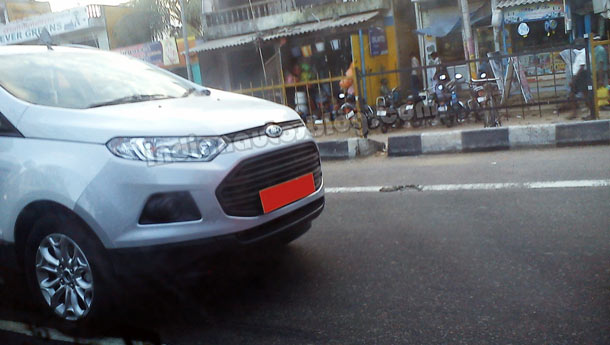 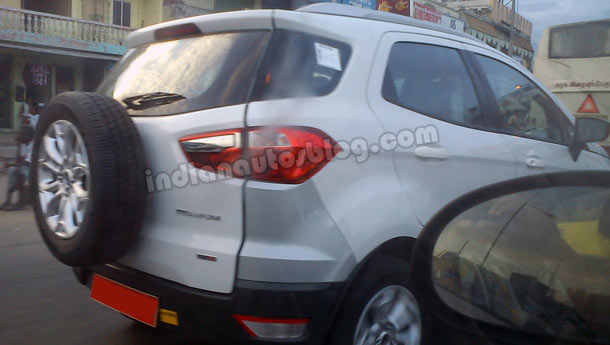 The Renault Duster's biggest rival, the Ford EcoSport is doing rounds of Chennai, sans any covers. Part of the 'One Ford' global product strategy, the EcoSport concept was first shown at the Auto Expo in Delhi this January, with the production version hitting show floors at the Beijing Motor Show in March. The car you see here was spotted by a reader of IndianAutosBlog, just outside Chennai.

The EcoSport is Ford's smallest SUV in its global portfolio. Borrowing heavily from the Fiesta platform (B515), the EcoSport is expected to duck under four metres and will be offered with the award winning, 1.0-litre EcoBoost petrol engine, producing 118 bhp and the 1.5-litre, TDCI Duratorq motor with 90 bhp that incidentally does duty in the Fiesta saloon as well. The former is a turbocharged, three-cylinder, direct injection motor that has the performance of a 1.6-litre engine, but the emissions and economy of a much smaller one.

Currently undergoing its final rounds of testing before validation and the first round of production, the EcoSport will most likely go on sale in the first quarter of 2013 with an expected price tag of Rs 7 to 10 lakh. With its sub four-metre dimensions, it will fall in the lower excise duty slab, which will help Ford price it rather competitively. Competition to the EcoSport will come from the Duster, Maruti's production version of the XA Alpha, the next-generation Mahindra Scorpio and small SUVs from Volkswagen and even possibly GM.