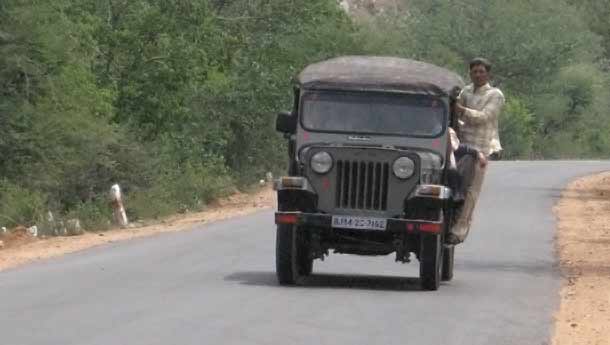 The things that freak me out on our roads USED RUBBER: Shredded tyres on beaten-up cars, trucks and buses. It's scary to see the tyres going flappety-flap with every turn of the wheel. The tyres are bald and so worn-out that if you brake, they'll probably increase the velocity of the vehicle. Yet, these machines populate our roads, and it's not that the drivers don't know about it. HOLDING SWAY: Container trucks on moonscapes. The condition of some of our roads and highways is so pathetic that the moon's surface seems like, as Lalu Prasad Yadav once put it, 'as smooth as Hema Malini's cheek.' The way the trucks oscillate on these surfaces is scary. Especially with containers, they seem as if they are going to topple any moment. I scram from such situations. LEANING TOWERS: Buses piled up with loads that double their height. Somehow, these b*stards get away with it. These inter-state buses are not even of those unitary construction variety and then they double-up as goods carriers. So they have this huge pile of stuff on top covered by tarpaulin, and then they drive on ghat roads at MotoGP speeds. Brrr. WHAT CRAB!: Trucks, buses and cars with bent chassis. These vile denizens of the road look as if they are cornering all the time, even when they are going straight. They have been so abused that in any other civilised country, they would have been crushed and used to make safety pins. But in our country, they make you feel like ace Finnish drivers on ice. NEED A POKE?: The curious method of transporting really long steel rods. The way to do it is to take one number Tata 1613 and dump the rods in such a way that they poke out through either end of the truck. Garnish with your cleaner's pink <I>chaddis<I> at either end to warn other road users. In fact I remember seeing a movie scene in which a truck with these rods protruding is used to make an attempt to kill a person following in a car. HANG ON!: People hanging on to every inch of a Jeep or a Matador on the highways. These are not people carriers, but population carriers. They carry entire villages, with many people crammed inside and many more hanging outside by the sheer strength of their fingernails. ONE FOR THE LOAD: Overloaded, underpowered trucks. In the first place, they can barely move on their own motive power, and then they are overloaded beyond belief. Anything goes, as long as it makes the fleet operator loads of money, even if it can barely come to a stop. TOO MUCH: No, I can't go on anymore. There are too many things on our roads that freak me out that I don't have the energy to list them all. I am sure you have your collection of favourite scares, do pass it on so that more of us can feel depressed.