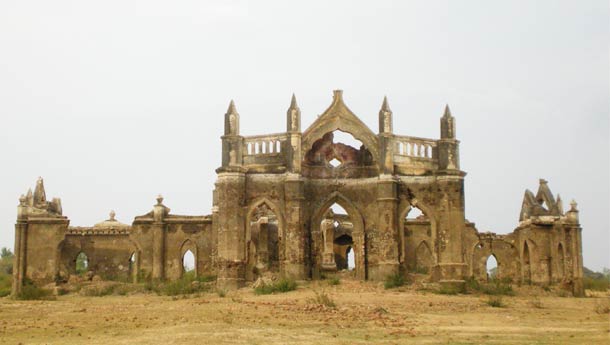 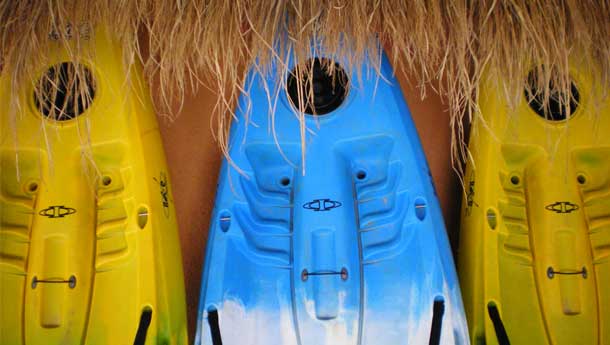 One of the basic tenets of life is that a person’s time in the bathroom is entirely their own – private, sacrosanct, unquestioned, unbreachable. When you’re within the confines of a bathroom, any bathroom, you’re entitled to some peace and quiet so that you can get on with... well, whatever it is that you’re doing. Phone calls are a total no-no, for example; whoever is at the other end of the honker can wait till you’re sufficiently enthused to consider calling them back. People knocking on the door and asking you to hurry up can be put into the same no-no bracket; you can’t hurry these things, you know. If they do, it’s perfectly acceptable to shower them with vile abuse and suggest that they go and take a running jump – look it up, it’s in all the etiquette books.

What do you do, however, if the interrupters of your ablutions aren’t human? In my particular case, I had just seated myself contentedly on the WC in the attached bathroom of my tent, when the door-flap opened and the semi-orange head of an American Spitz, grinning like a goof, poked through. I sat there, unable to quite wrap my mind around the concept of a pedigree dog playing voyeur; meanwhile, it  entered the loo and sat not three feet from me, wagging its tail furiously. All entreaties and threats on my part for it (its name was Ginger, by the way) to kindly remove itself were met with more tail wagging and a gradual listing to the horizontal position, exposing its belly for me to rub. Seconds after this, the door-flap rustled again to reveal the entry of a large Irish Setter (called Brown), who decided to sit down next to its colleague and stare at me soulfully, similarly unmindful of my requests. I was beginning to lose all hope when they both suddenly wheeled and bolted out of the tent, racing to answer their owner Vijay’s call. I heaved a sigh of relief and got on with it, but those dogs (and a third partner-in-crime, a dopey Bassett hound called Shadow) were to be an integral part of the landscape at The Rappa, the eco-camp I was staying at.

Tucked away in an off-the-map village next to the Hemavathi reservoir near Hassan, The Rappa (meaning ‘the island’ in Kannada) is one of those places that you get to know about mainly through word-of-mouth – in my case, from a good friend. Two years ago, Vijay, an ex-design engineer from Bangalore, decided to chuck it all up and build himself a place well away from the rat race. It evolved into an offbeat retreat, a place where people could come to de-stress, unwind and generally chill out. ‘See, I didn’t really know what I was setting out to do at first’ Vijay said, over an excellent home-style lunch of rasam, rice, papad and veggies. ‘I just knew that I was tired of living in the city and grinding it out in a 9-to-5 situation.’ ‘I hear you, brother’ I replied, simultaneously conscious of the fact that I do anything but grind it out in a 9-to-5 situation. ‘I get a lot of corporates bringing employees over for team-building exercises, bikers, friends who want to get away for a while – it’s all very informal. There’s one girl who comes here, sits up in the machaan all day for days on end and just reads.’ Up in the said machaan, on an exploratory round of the property, I could see why – surrounded by trees, with sunlight and fresh air streaming in, a soothing view out over the reservoir and a comfortable bed, I wouldn’t have wanted to budge either. From up there, I could also see the full extent of the camp and its surroundings. Paddy fields, now bare after the harvest, shimmered in a heat haze; fishermen in coracles cast their nets, almost in slow motion, out in the water; towards the edge of the property, the three dogs gambolled around the tents, chasing butterflies and scaring goats; Vijay, on his Suzuki Zeus, left a dust trail as he tore into the distance, no doubt on some errand. I suddenly became aware that I was the only person in the immediate vicinity of the camp; it was a strangely uplifting feeling, all that isolation. I decided to use it and walk around a bit.   I had read somewhere that there was an old church in the area that had been submerged when the reservoir was built, so I strolled off to look for it. After being startled out of my wits by an enormous pig that grunted at me from around a corner, and managing to avoid falling over a pink piglet that shot out from under its belly, I gathered myself fully and ambled along. It was an entirely agreeable day to be out and about. All the pre-requirements (sunshine, blue skies, birds a-twitter) were in abundance as I approached the village near Vijay’s place, various thoughts floating about in my head. Prominent among these was that Vijay appeared to be the local Noah; apart from three dogs and two pigs, I had seen an assortment of goats and chickens in his menagerie. No doubt he had big game hidden away somewhere as well. Also present was the fact that I had no idea where this church was, and that I was wandering pretty aimlessly. This wasn’t a bad thing, since it was an exceedingly picturesque village and everyone seemed in a cheerful mood, smiling at the obvious city-slicker as I walked by. I asked for directions to the church, and via a combination of sign language and broken Tannada (or Kamil, if you prefer), I was informed that it was a bit of a hike away. Feeling a rare surge of energy well up in me (I’m normally not a walker), I headed off in the direction indicated.It was a bit of a hike all right, but well worth the effort. As I approached a long bridge over the reservoir (one that I had in fact crossed on my way in), I spotted a grey shape in the distance next to the water’s edge, which soon came into focus – it was the church, and it was most definitely un-submerged at the moment. I clambered down the side of the bridge to the edge of the reservoir, passing a man busily washing his moped. No, he didn’t know how old the church was or even what it was called – he just knew there wasn’t much of it left. He wasn’t kidding; what must have once been a strikingly beautiful structure was now an empty shell. Overrun by plants and shrubs and grossly defaced with pathetic expressions of true love, it was simultaneously a sad and majestic sight. It was easy to imagine it, almost 150 years ago (subsequent research revealed it to be the Holy Rosary church, built in 1860 by French missionaries for the British) filled with the faithful in their Sunday best, sunlight streaming in through stained-glass windows as the organ player let it rip. Apparently all the stained-glass, furniture and so forth had been removed and put into use in a new church not too far away, which came as a relief; at least it hadn’t been scavenged. I had a look around inside the forlorn interior, feeling genuinely sorry that such a lovely building had been left to just rot. Why can’t we give our heritage the respect it deserves? I often ask myself this question, to which the answer is always the same – because we don’t give a toss.

I hitched a ride on an overcrowded Tata Ace back to Vijay’s place; he had asked if I wanted to help him buy some fish, fresh from the reservoir. He was already waiting by the time I got back, revving the Zeus in anticipation. ‘Hop on, we’ll ride down to the water’s edge’ he said. Scarcely had I swung a leg over than he was off like a shot, barrelling over the rocky, undulating surface of the dry part of the reservoir in a most alarming fashion – we were fully airborne several times, and when on the ground we were sideways for the most part. Adding to the fun were the three dogs, all of whom were setting a lightning pace keeping up with the bike, the Bassett in particular showing an astonishing turn of speed. We skidded to a stop near the water, just as a couple of fishermen landed their coracle. ‘Look there! See that carved piece of stone?’ Vijay said, pointing to what looked like a piece from a very old temple. ‘The bed of the reservoir’s full of pieces like that. Cool, eh?’ The fishermen unloaded their catch, a sack full of flopping rohu and katla, and I helped Vijay select a few, which were collectively bought for less than the price of a single fish in Bombay.  ‘This is dinner – a nice coating of masala and it’ll be the best fried fish around. We’ll eat out under the night sky – how does that sound?’ It sounded just perfect.