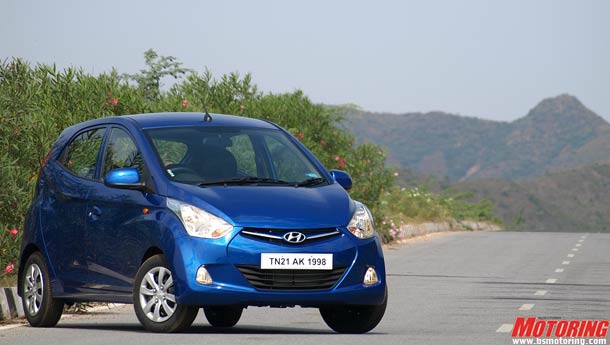 Eighteen sacked employees of Hyundai Motor India Ltd's (HMIL) plant here were arrested today after they tried to stage a protest in front of the factory to demand their reinstatement.

Centre of Indian Trade Unions (CITU) District Secretary Muthukumar said the workers were arrested when they tried to stage an agitation in front of the plant at Sriperumbudur.

"We strongly condemn it. We hope they will be released soon. If not, we will decide on the next course of action," he said.

The CITU-backed Hyundai Motor India Employees Union, which is not recognised by the management, has insisted that the workers, who have not been taken back under a tripartite agreement signed in December last year, should be reinstated.

In the wake of persistent labour troubles at the Chennai plant, the company management, HMIEU and Tamil Nadu Labour Commissionerate had signed the tripartite agreement in December, 2010, to settle various issues.

HMIL had on Tuesday termed the workers' decision as "unlawful", saying it was against the tripartite agreement signed in December, 2010, under which 14 of the total of 32 employees dismissed last year would be taken back and the others were asked to seek "legal recourse".

A section of workers who were "found guilty of major offences" during a strike at the plant were not reinstated and asked to seek legal recourse.

Ruling out the prospect of reinstating the dismissed workers, a company spokesperson yesterday said: "The agreement clearly directs the dismissed employees who have been found guilty of major disruptive and violent offences to seek legal recourse in appropriate courts."

HMIL has two manufacturing facilities at nearby Sriperumbudur, employing more than 4,000 people. It manufactures over seven models and exports its vehicles to over 100 countries.

It has about 1,500 permanent workers at the manufacturing facility, which has the capacity to produce six lakh vehicles per annum.