Rural revival raises its head in demand for automobiles 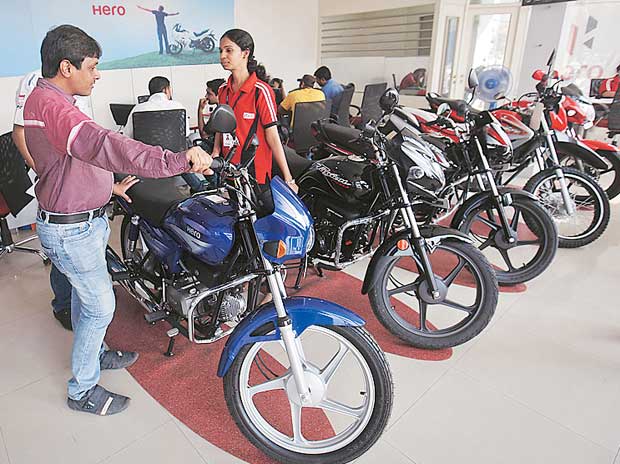 If the second quarter results of auto companies are anything to go by, the rural economy is beginning to show signs of reviving.

Hero MotoCorp, which has a large rural base, saw its volumes grow by 15.78 per cent to 1.8 million units in the quarter ended September 2016. Overall, two wheeler sales of TVS motors also grew by a staggering 23.1 per cent in the same quarter.

Similarly, volumes at Maruti Suzuki, the country’s biggest car maker, grew 12 per cent in first half of this year as compared to nine per cent in the corresponding period in rural and semi-urban areas. Maruti’s overall volumes grew by 18.4 per cent.

These numbers seem to suggest that after two years of back-to-back drought, which broke the back of rural demand, rural incomes are on the cusp of a revival. “Tractor and two wheeler sales over the past few months suggest that the impact of the below par monsoon of the past two years is receding” said Devendra Pant, chief economist, India Ratings.

Over the past two years, rural households had held back on purchases in order to deal with the effects of sub-par monsoons. “But it is possible to conclude that rural households have now started to loosen their purse strings” said Pant. “A lot of pent up demand is now showing up,” he added.

Others seem to concur. “The domestic market has seen a revival in the past two quarters due to an above-average monsoon and positive consumer sentiment. The trend is expected to continue through the year and likely to result in double-digit growth for the industry,” said Pawan Munjal, chairman, managing director and chief executive officer, Hero MotoCorp.

But it is perplexing that, Hindustan Unilever, considered a reliable barometer of rural demand, saw volumes growth decline one per cent on a year-on-year basis in the just concluded quarter. This was the company’s worst performance in seven years.

While, ITC saw its FMCG sales grow at a robust 13.3 per cent, its agri business grew by a mere two per cent on a year on year basis. “Segment revenue grew by two per cent YoY on the back of higher agri·commodity sales in the domestic market offset by lower supplies to the company’s FMCG businesses (mainly account timing differences in offtake)” Edelweiss noted in a research note.

It is possible that FMCG companies may see an uptick in the third quarter, by when the impact of a better monsoon this year would have played out. But it is equally possible that rural households are unsure of the future trajectory of monsoons and are thus considering this season’s rains as a one-off event. In which case the increase in farm incomes this year is being treated as a windfall gain and is being spent on consumer durables.

JM Financial notes that the increase in rural incomes is likely to be spent on de-leveraging, investments towards farm-related equipment, house repairs, children’s education, and on marriages in that order.

However, if volumes in the consumer non-durables segment do register an uptick in the third quarter, it would suggest a more lasting pick up in rural demand. While economists argue that one would have to wait for the third quarter results to get a firm idea about the revival of the rural economy, by how much does a better monsoon spur rural farm incomes is debatable. It is likely that the incremental push to farm incomes may be overestimated.

According to Madan Sabnavis, chief economist at CARE, assuming that the government’s output figures hold and that prices don’t crash, the incremental push to farm incomes is likely to be the tune of Rs 15,000-20,000 crore.

However, it is also possible that the advance crop estimates may be overestimating crop production. “The monsoon rainfall has been somewhat lower than expectations. The first advance estimates for a few crops may witness downward revision at a later stage,” said Aditi Nayar, senior economist at ICRA.

But, in a research note, JM Financial predicts double digit growth in rural incomes on the back of a 20 per cent increase in farm incomes and a steady but single digit improvement in non-farm incomes.