Rumour Mills: Nissan Patrol may be launched in India

Several reports are being published that Nissan may launch its Patrol SUV in India next year. The rumours got a stronghold after yesterday when Nissan celebrated its 10th anniversary in India with an event that let customers drive the company’s products including the Patrol. While there have been no word about the launch from Nissan, we would be really thrilled if the Patrol is launched in India. 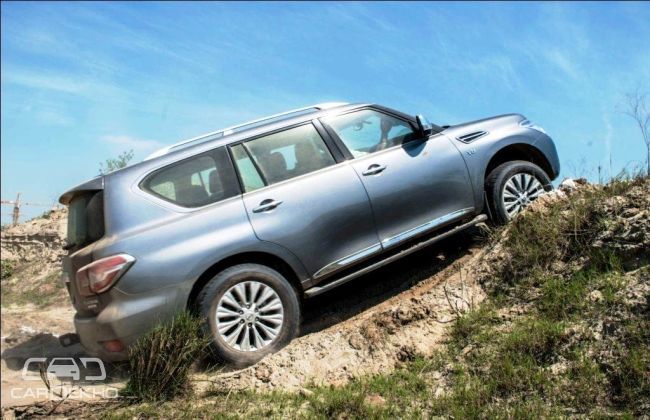 The Nissan Patrol was introduced in 1951 and is currently in its sixth generation. This full-sized SUV is powered by a 5.8-litre V8 engine that produces 400bhp of power and 560Nm of torque. The Patrol comes equipped with an All-Mode 4x4 drivetrain with Multi Surface Selection and Hydraulic Body Motion Control Suspension System. Other creature comforts include 13-speaker BOSE audio system, electric tilt panoramic sunroof and intelligent cruise control. The Patrol also gets safety features including forward collision warning, distance control assist, lane departure warning & prevention and blind spot warning & intervention.

If launched, Nissan Patrol will be going against the likes of Toyota Land Cruiser and Mercedes-Benz GL-Class. Watch this space for more information.