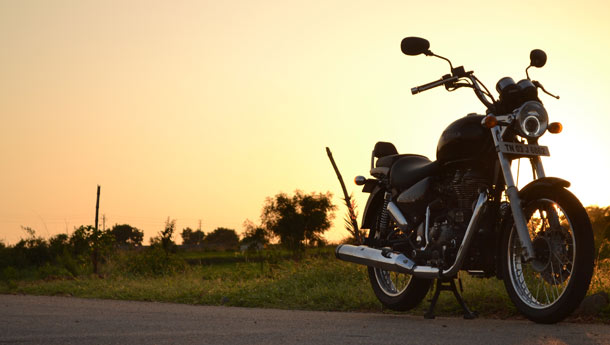 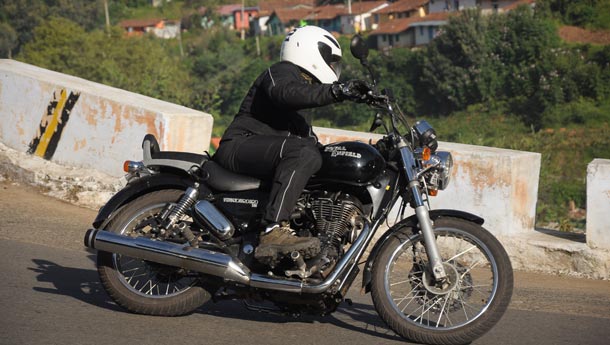 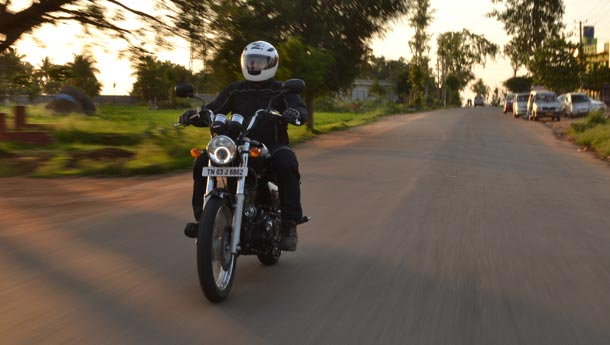 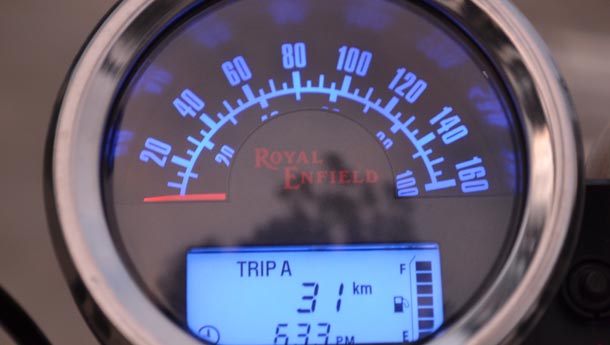 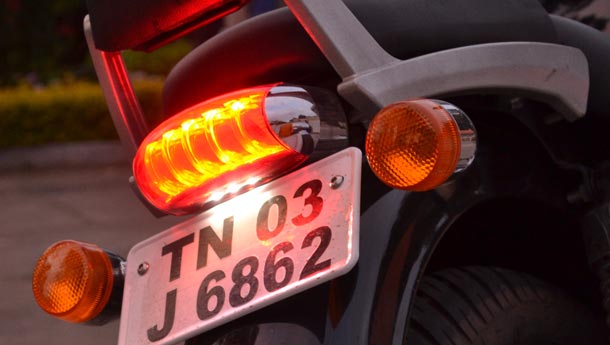 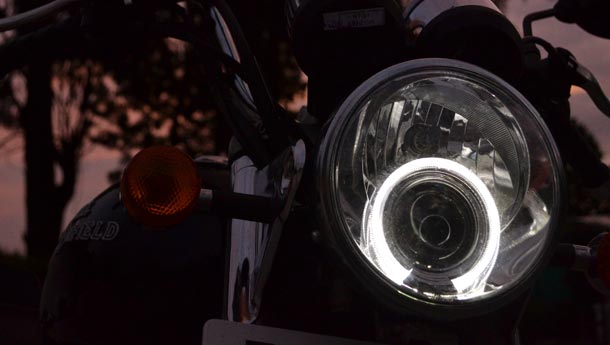 The Thunderbird. Ah, if there’s one motorcycle that splits the diehard Royal Enfield community right down the middle, it’s this one. Built to appeal to the Indian mass-market, the Thunderbird was the streetbike’s half-hearted cruiser cousin, a Harley-esque take on a classic British single platform. Agreed, it had its strong points — chief among which was comfort — but the compromises in styling and handling were too much to bear for many, things that the chaps at Royal Enfield were carefully noting down all this while. This new Thunderbird 500 is meant to be a more complete cruiser, something that will rope in newer buyers without completely alienating the seasoned die-hards who treat their motorcycles like spoilt mistresses. Is it all that? Well, let’s just say that after riding it to the hills south of Bangalore, I got off the bike with a smile thinking — ‘Hmm. Interesting.’

Another sticker-job, you ask? Not quite. If you thought the earlier Thunderbird was a departure from the standard Brit single-cylinder line-up, get ready for some more deviation. Yes, the day has come when Royal Enfields are coming out of the gates at Tiruvottiyur replete with an H7 projector headlamp, running lights and a multi-information digital display. Don’t get me wrong — they look quite impressive in real-life — but ‘Royal Enfield’ and ‘projector headlights’ appearing in the same sentence takes some getting used to. Evolution also has brought along a split-seat, new fenders, completely new rear lighting fixtures and a lot of other, smaller changes in tow. This thumper is the first to shed its need to have old-world charm and it’s moving along swiftly into the new age — ‘retro-modern’ is the term thick spectacled design-types would use. It’s certainly not beautiful but then, it’s not bad looking either, is it?

But beyond what meets the eye, the most impressive aspect of this new Thunderbird is the handling. Yes, handling. The earlier Thunderbird wasn’t exactly the most pleasant bike to push through twisty roads but wait till you ride this new Thunderbird, because this lady, fat as she is, can tango. Starting off with the Classic platform as a starting point, Royal Enfield has slapped on beefier 41 mm forks, a 240 mm disc brake at the back, an all-new swingarm, better performing MRF Zapper tyres and shortened the wheelbase to give us the best handling Thunderbird till date. Charging up a tight mountain road has never traditionally been a Thunderbird forte, but things are much different now. For a feet-forward cruiser, this motorcycle can hold its own in the corners and you’d be surprised at the flickability and confidence it displays. You even surprise yourself a little when you’re leaned over a fair bit — increased cornering clearance helping there — and you realise that your feet aren’t folded back, your spine is upright and your arms are resting on comfortable handlebars. Handling is close to Classic territory now, so much so that you could give the Classic boys a run for their money. Sitting at the back of the pack isn’t something the new Thunderbird wants to do.

Power is significantly upped compared to the older Thunderbird courtesy the 500cc fuel-injected UCE motor. Its 27.2 bhp of power and 4.2 kgm of torque are delivered in the all-too-familiar Royal Enfield manner. Like the Classic, the gearbox isn’t perfect and the travel is at times a bit much but hey, it’s these little characterful things that make a Royal Enfield, no? It’s best to keep the motor in its mid-range, riding the thick band of mid-range torque and going through the gears quickly. 100 kph all day, everyday is no problem. But go beyond that and that’s where the niggles start to raise their ugly heads in the form of vibrations through the bars and the pegs. Keep her steady at 3500 revs on the highway and she’ll do 100-105 kph all day long without a fuss. That’s where the Thunderbird feels best — out on the open road, eating up the white lines with the intake sound as the lead singer and sadly, the classic thump only providing backing vocals. I realised that if you manage to take your mind off the vibes — sing, think, enjoy the scenery, it’s not that difficult, really — you can even hold 110-115 kph consistently if the road is up to it.

It’s a fairly straightforward deal here — it’s faster, it's quicker, it handles much better, it’s much better equipped, more suited for touring duties and it makes pancakes on Sunday mornings as well. Okay, scratch the last one but if all goes well, for a considerable percentage of our buying population, they wouldn’t want anything else. The earlier Thunderbird wasn’t a seller for nothing. As for the pricing, well, considering the goodies, the Rs 1.82 lakh on-road, Mumbai for the 500 is on the pricier side of things. The similarly specced 350’s price tag reads Rs 1.43 lakh, on-road, Mumbai and it’s certainly a more enticing price tag. The carbureted 350’s value is hard to beat and you really will have to cough up a lot of dosh for the 500’s added horsepower; so, unless you really want a thirstier, much torqueier motor, save yourself the 40 grand. Like it or not, it’s the best (and only) proper touring-oriented motorcycle we have in production today and save for the vibes on top and a few other niggles, it’s got things right in a lot of places. For a good chunk of buyers, this is going to be a very tempting buy. Finally, the motorcycle lives up to its name.

The writer was on an invite from Royal Enfield