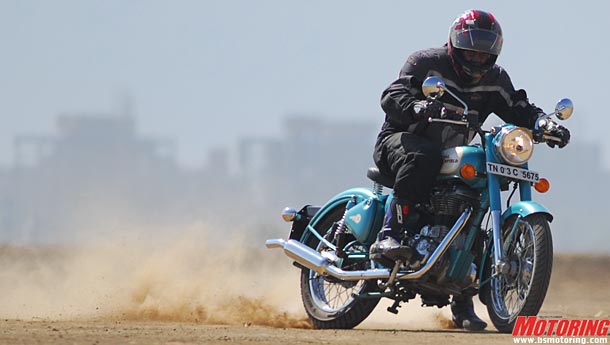 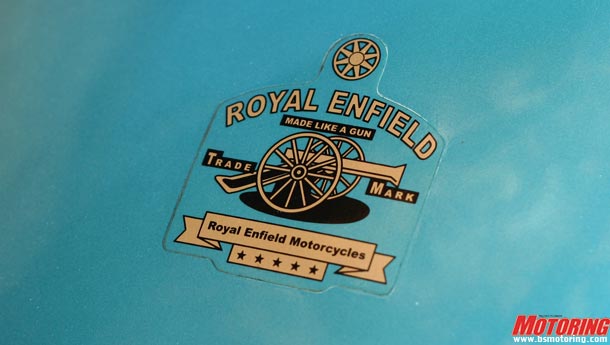 It has been a little over a year since Chennai-based Royal Enfield launched the Classic 500 and 350 cruisers. But if a buyer, like 29-year-old Souman Bhakta, who works at the plush Indigo restaurant in south Mumbai, is interested in buying either of the two motorcycles, he would have to wait for nearly a year to lay hands on it.

More than 10,000 people, who have booked the Classic, priced at over Rs 100,000, are made to wait for eight to 10 months for deliveries, as Royal Enfield is facing production crunch at its facility in Tiruvottiyur, Chennai.

R L Ravichandran, chief executive, Royal Enfield said, “We are continuously ramping up production of the Classic series, but demand continues to be very high. From 1,000 to 1,200 units a month, we will reach the level of 1,400 units by January-February. In some parts of northern India, the wait is for six months, while in south, it’s even higher. We are working very hard to bring it down.”

Skeptics may argue that waiting for more than half a year seems impractical today as options are plenty, but the strong brand positioning of Royal Enfield over the past many decades has generated several followers. “There aren’t any bikes in India which could replace Enfield models. Probably, the wait for the Classic series is totally worth it,” admits Bhakta.

While the wait for Royal Enfield motorcycles is getting longer day by the day, German carmaker Volkswagen (VW) is also finding itself in a similar situation. With typical European sleek, modern looks and backed by German engineering, Polo and Vento have found many takers in India.

Both cars, available in petrol and diesel variants, are carrying a waiting period of anywhere between four to six months. In some cases, the wait is even beyond this, especially when customers ask for an unusual combination of colour and trim levels.

Neeraj Garg, director, Volkswagen Passenger Cars, said, “Production is in line of what was planned earlier, but yes, the demand is very high. We are trying to improve the production by adding another shift (second). However, we may not be able to reduce waiting, if the rate of bookings continues like this.”

VW launched the Polo (a hatchback) and the Vento (a sedan) earlier this year. Both cars are produced at its Chakan facility near Pune and sold through a network of 61 outlets.

High demand has also meant some odd cases of black marketing by VW dealers, with some of them, mainly from the northern market, asking for a premium for speedy delivery, according to sources.

Action against a couple of dealers was initiated by VW India, however, the company refused to acknowledge this, while clarifying that such malpractices will not be tolerated.

“To my understanding, there was none of such incidents. But if there was anybody complaining about it, we have had taken serious action. Our field personnel (would) have gone to the dealership and checked the case. Such incidents set a wrong perception about the brand in the long run,” said Garg.

Higher demand for the sedan has meant higher production, with VW selling 2,413 units of Vento in November, against 1,363 units in September. The Polo saw sales of 1,975 units in November.

Meanwhile, some other models such as Honda’s ungeared scooter Activa and Toyota Kirloskar’s Fortuner are facing severe crunch in production too. While the Activa, India’s largest selling scooter, is carrying a waiting period of 10-11 months, bookings for the Fortuner are yet to open after the management shut it down twice after the launch.

Fearing loss in consumer interest, Honda Motorcycle and Scooter India is speeding up construction at its new factory in Rajasthan. The facility is due to open six months before schedule. Its present facility in Gurgaon is running at more than 100 per cent capacity.

Toyota, which will reopen bookings for the Fortuner in January, is unable to expand production due to availability of a single manufacturing line at its Bangalore plant, largely dedicated to producing the Innova.

Skoda is also asking costumers to wait till April-May for delivery of its newly-launched sport utility vehicle, Yeti, priced at Rs 15 lakh (ex-showroom Maharashtra). Demand for traditional market favourites like Swift, Eeco and DZire are also strong, with Maruti Suzuki struggling to suffice demand for its diesel models.