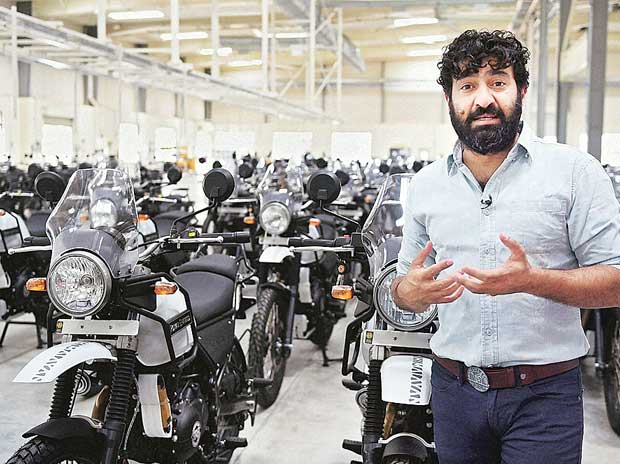 Managing Director and CEO of Eicher Motors Siddhartha Lal during his visit to the Royal Enfield's manufacturing factory at Oragadam near Chennai.