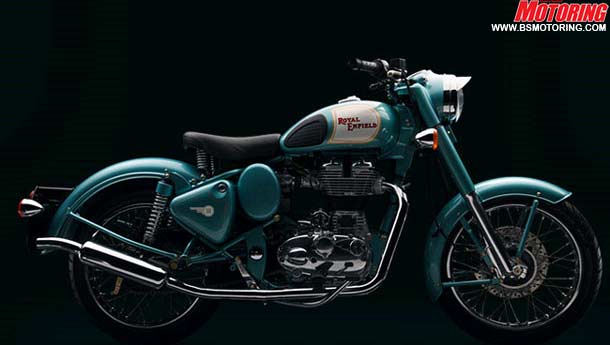 Auto-maker Eicher Motors today said its two-wheeler arm, Royal Enfield, plans to set up a new facility to augment production capacity to up to 10,000 motorcycles per month over the next few years.

"We will be continuously looking to ramp up the capacity, even up to 10,000 units to meet excess demand, for which we are looking at options of setting up a new manufacturing location," Eicher Motors Managing Director and CEO Sidhartha Lal told reporters on the sidelines of the India Economic Summit here.


The company produced 4,000 units on average every month last quarter, far lower than the design capacity of 5,000 units, due to internal constraints at its Chennai facility, he added.

When asked if the company has zeroed in on a location to set up the new facility, he said neither the location nor the investment requirement of the project have been finalised yet.

Talking about its commercial vehicle business, Lal said the joint venture between Eicher Motors and Volvo Group will invest Rs 800 crore over the next three years to increase production capacity and set up a new engine plant.

"VE Commercial vehicles will be increasing production capacity to 8,000 per month from the current 4,000 in the next three years and work is already on," he added.

He said the investment on the project will be around Rs 500 crore.

"We are also starting a medium duty engine plant to meet the demands of both Eicher and Volvo brands of commercial vehicles," Lal said, adding that the plant is likely to be operational by 2013.

The investment on the engine plant will be around Rs 300 crore, he said, adding that the combined investment would be funded through internal accruals.

The new engine facility will have a production capacity of up 85,000 units per year.

Earlier, VE Commercial Vehicles had said the new unit will be constructed at its existing facility in Pithampur, which has an annual output of 40,000 units at present.

The new facility is proposed to become the global manufacturing site for Volvo's 5-litre and 8-litre commercial vehicle engines complying with Euro-III and Euro-IV emission norms.