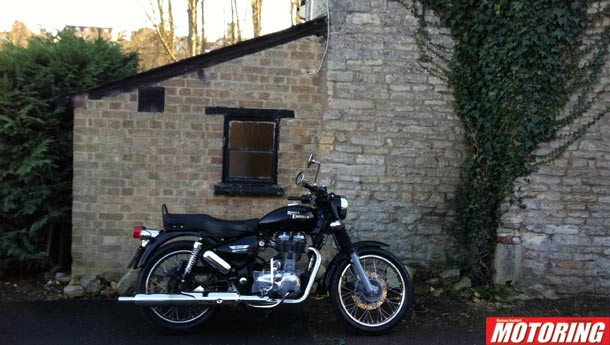 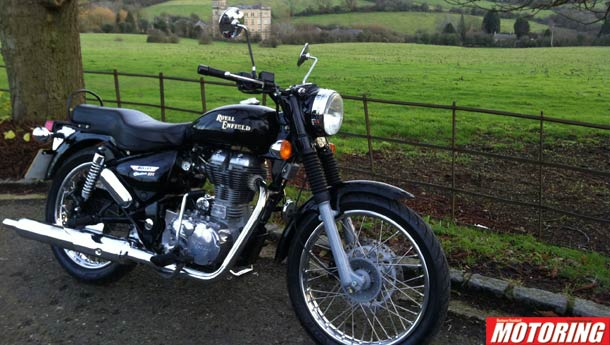 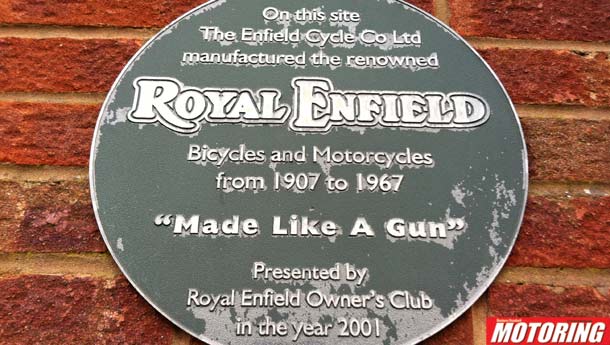 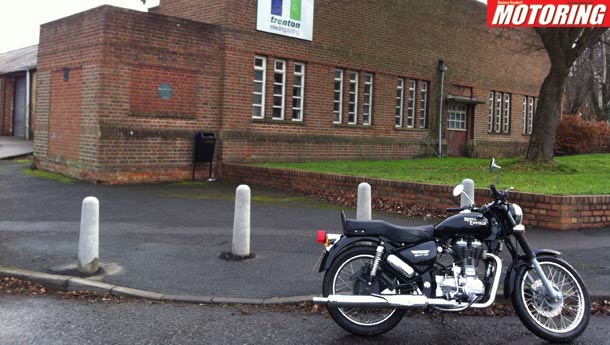 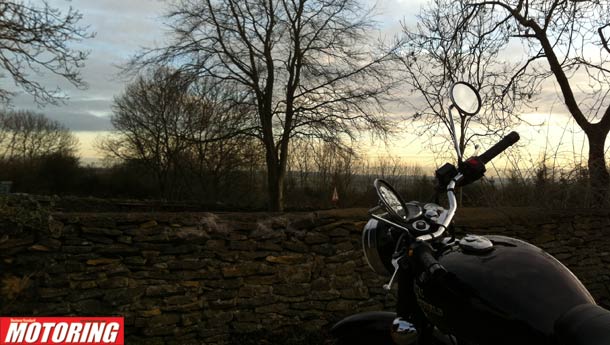 Remember Neo dodging bullets in The Matrix? Groundbreaking multi-camera special effects saw Keanu Reeve’s character in the brilliant 1999 film, bending in super-slow-motion to dodge bullets fired at him. How we ooh-ed and aah-ed! Well, let me tell you: Neo, in all his black-trenchcoated coolness, has nothing on the way time freezes for Royal Enfield.

Built in India virtually unchanged from its British origins for over 55 years, the Enfield Bullet is locked in a warp. It exists in a slice of death-defying alternate reality, one where the country road is always smooth and winding and a blazing summer sun casts short shadows, where the air is thick with the scent of leather and oil and perpetually laced with the thudding din of big singles.


I can actually visualise an Enfield, handlebars flailing and swingarm flexing as it dodges the whizzing shots of modernity. Bang! The Vietnam War and the hippie era misses its tank by a fraction. Bang! The fall of the Berlin Wall and the end of the Cold War barely grazes its seat. Bang! India’s economic liberalisation and nuclear weapons test screams past its headlight. Bang! The internet and digital revolution is a blur just to its left.

Pounding down the A41 through Hertfordshire one icy cold December afternoon, however, time was not the only thing freezing for me. The temperature was 2°C, and with 100 kph worth of windchill to boot, my gloved hands were being buffeted by a subzero blast as they held on to the wide bars of a gleaming black 2011-model Bullet Electra 500. Various layers of winter kit notwithstanding, frigid air chilled me like a sausage in a cold-store. It was painful going, and I fervently wished BSM’s anniversary was in July.

But, keeping sedately to the left as cars flew past me in their warm smugness, I had time to reflect on my journey. Here I was, northbound towards Redditch – the industrial West Midlands town that was home to Royal Enfield for some 60 years, until the factory ceased production in 1967, as the entire British motorcycle manufacturing industry went into terminal decline and eventually imploded.

I was taking the scenic route up from London, avoiding the fast but boring six-lane motorways and sticking to the smaller, 60-to-100 kph A- and B-roads. Once the vast urban sprawl of Greater London (and its speed cameras) was behind me, I could open up the Electra. Each relieved surge crescendoed into a thunderous din that filled my helmet, along with a good dose of hand-numbing vibration, until I changed gear. It was like firing a hefty machine gun – dadadadada-chnk!-dadadadada-chnk! – until, in top gear at the 80-90 kph sweet spot, it mellowed into a gorgeous, smooth rumble that could no doubt go on for days on end.

It had been a good ten years since I rode an Enfield (in Chennai) and I’d mentioned this to Simon Richardson when I collected the bike from him the previous day. Simon, who runs an Enfield dealership (uniquely combined with a flower shop!) in the Surrey village of Ripley, was quick to assure me that the Enfields of today were vastly improved over their rather niggly predecessors.

As I fired up my ride for the weekend (with a satisfyingly easy press of the thumb) the rise in quality was even perceptible to me, a lifelong Japbike rider. And British Enfield buyers, that happy breed of modern nostalgics who want the memories of yesteryear without their troubles, are responding by pledging their loyalty to the marque.

Watsonian-Squire, which imports Royal Enfields from India, sells some 600-800 units per year in Britain – a niche, no doubt, but not insignificant either, considering that the UK’s 126-650cc motorcycle market is worth only about 12,000 units annually. By way of comparison, in November 2011, Triumph sold 276 motorcycles, and Kawasaki just 185.

After a steaming cappuccino and a greasy bacon butty at a service station café on the outskirts of Aylesbury, I caught the A418 towards the university town of Oxford. The Bullet loped along the single carriageway, which was flanked by typically English green fields and telltale countryside cues – handpainted boards selling hay, coal and rock salt; signs warning of tractors and slippery roads; weekend car boot sales; farmers’ markets.

Bypassing Oxford on the A44, I stopped to stretch my legs at the lovely little town of Woodstock, with its rough stone buildings, small independent shops and the grand,

300-year-old Blenheim Palace, where Winston Churchill was born. The Electra’s chrome sparkled cheerily in the muted winter light. It seemed at home in these surroundings, which had probably not changed all that much since Redditch-built Enfields – and Nortons, Triumphs, BSAs – last passed through in numbers.

The next few dozen kilometres encompassed some of central England’s most beautiful countryside – the Cotswolds. Lush green rolling hills and charming villages built in the traditional honey-coloured limestone have rightfully earned it ‘Area of Outstanding Natural Beauty’ designation. The road dipped and crested, with every few kilometres bringing colour changes to the landscape like a Viewmaster loaded with oil paintings.

Green grass, brown hedges, auburn and russet leaves, silver bark and grey skies smudged into bass-drum abstraction as I wound up the throttle through Chipping Norton, Moreton-in-Marsh (incidentally, where Watsonian-Squire is based) and Ettington, to reach the pretty, tourist-flecked town of Stratford-upon-Avon, home of the Bard himself.

A final 25 km blast on the A422 via Alcester and I was entering Redditch. Though still a hub of light industry, the town had obviously seen better days. The contrast between the picturebook Cotswold countryside and Redditch’s gloomy brick buildings, chain shops and the occasional shuttered storefront was stark.

I rode up Hewell Road, where the Royal Enfield factory was once sited. The vast premises which once churned out tens of thousands of motorcycles a year were now a collection of disparate businesses comprising the Enfield Industrial Estate. A small, faded blue commemorative plaque on the wall of an electroplating works was the only indication of the former glories of this nondescript building.

I let the Electra consider its ancestry for a while before saddling up again. Half a mile away in Redditch town centre, I headed to The Royal Enfield pub. Opened in 2010 by nationwide chain JD Wetherspoon, it was modern, bright, and utterly characterless. I ordered a pint of local stout predictably named The Bullet, and a meal of chicken tikka masala and yellow basmati rice.

So, the Brits sent one of their most iconic motorcycles to India, and half a century later, curry is Britain’s national dish. Seemed like a fair swap to me.

Sac Rao was another reader who walked into our office one day in 2000 and stuck with us for three years. It didn’t take us long to realise that this was a writer who made magic with words while putting a bike or a car through its paces. Readers remember him best for the work he did with us for the motorcycle travel section. In those days, we had puny bikes that were not exactly highway cruisers, but Sac Rao went ahead and criss-crossed the subcontinent and wrote fascinating accounts that are all-time great reads and won awards too. Well, he’s done something similar for us in this issue. Sac currently lives in the UK where he works for a publishing agency and edits a magazine for Vauxhall Motors.