Royal Enfield Bullet 500 - Torque to me 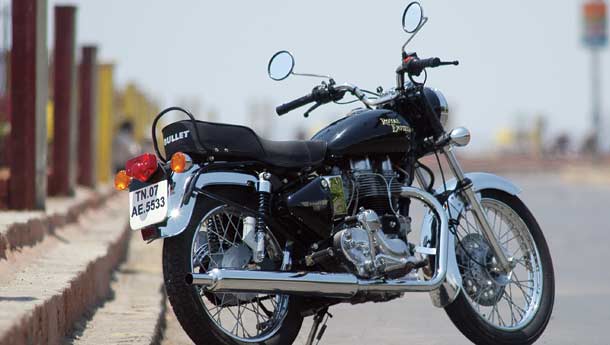 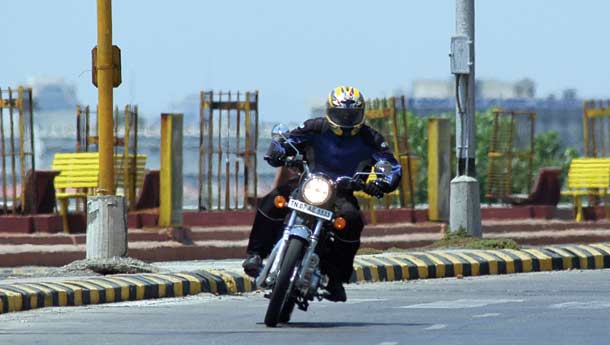 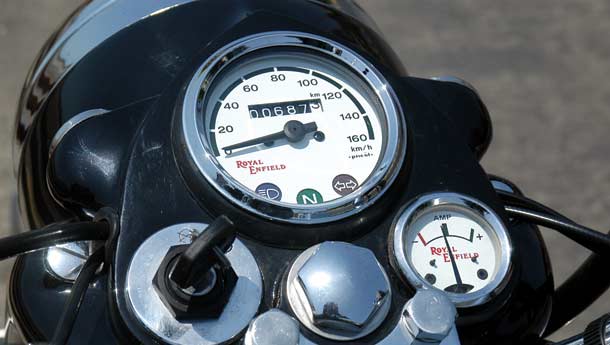 This stays between you and me, okay? It’s been a while since I rode a wrong-side shifted Bullet, and I was too proud to ask. I swung into the hard saddle of the new 500, thumb-started it, and promptly rolled off in second gear. Effortlessly. Two things came to mind. First, an electric start on a Bullet is like a violation of the sacrosanct timeline. It’s the sort of thing Marty McFly, Doc and the DeLorean spent three movies fighting. However, in our case, it’s really very convenient. Even the least coordinated among us is unlikely to blow a kneecap starting the new 500.

The other, considerably more relevant thought was, ‘oh my!’ The 500’s engine weighs about four kg more than the 350, and it cannot get more obvious that all that weight is in the flywheel. Roll on the throttle, and the 500 just surges forward with the sort of gusto you associate with grizzly bears (as opposed to panthers).

The new 500 from Royal Enfield isn’t fundamentally a new engine. It has got some tweaks, like the uprated oil pump, and some additions – the electric starter (and hence the 14 amp battery, more powerful alternator, sprag clutch etc). Unfortunately, and inexplicably, this is still mated to that old four-speed right-side shifter transmission. Yes, complete with neutral finder, and now thankfully connected to a bright green neutral light on the speedo.   That throws a – excuse the morbid image – substantial spanner in the works. The shifts are graunchy to start with, and unsure and muddled for rest of the time. Fortunately, you don’t have to most of the time. Which, of course, is because you have only four ratios and because the torque just pulls you along unmindful of the engine speed.

On the straightaway, the 500 will probably pace a classic Pulsar 150 to 60 kph. But the big gains are in the roll-ons past 80 kph. We’ll get to the numbers in the next issue, but trust us, getting on the throttle past 80 kph is really a blast. While the 500 isn’t going to squeeze your tailbone into the saddle and leave a funny impression in the seat foam, it certainly provokes a smile every time. And yet, most 350s would give the 500 a good run for the money. However, you can win on the 500 by going two-up. Once the weight in the saddle rises, the extra cubes become vital to progress, and the 500 will win two-up drags easily.

But no Bullet is about straight-line tyre-smoking performance and the 500 is no exception. It is happiest at a steady 80-90 kph down the highway. It feels at home, serene doing just that.   Since there are no chassis mods save for the gas-shocks, the handling is pretty much standard. The 500 does feel a lot more accurate than the other Bullets I’ve ridden, but that judgement may be coloured, since I last rode a Thunderbird, which is no comparison at all.

However, in the braking department, the 500 is definitely better. The front disc seems to get the front tyre howling rather than hauling down the speeds, but along with a significant dash of rear brake, the 500 will stop pretty quickly. Oh, and the disc brake is standard equipment.

One impressive trait of the 500 is bad-road ride quality. It uses its weight to absolutely flatten bad roads and is unruffled over some really harsh terrain. However, on well-surfaced roads, sharp bumps feel well, like sharp bumps.Which brings us to the big stumbling block, the reason why we’re not screaming, ‘go out and buy one now!’ You see, the 500, a little while ago was cheaper than the 350cc Thunderbird. That has changed. The fully-loaded black (and only in black) 500 will now set you back a full Rs 97,500 ex-showroom Mumbai. Which, no matter how much your income is, a fair stack of dosh. As I was telling Srini, the lensman for this shoot, ‘I wouldn’t grudge someone if they were to hand me a 500 as a birthday, Christmas, Valentine’s or Justanotherday gift. Buy? I’d have a long, hard think if that money were coming out of my pocket.’ Reason? See the bargain superbikes story elsewhere in the issue and pay close attention to the RD350LC.

To be fair, it really is a likeable motorcycle. It’s comfortable, has only a few vibes in the pegs (and none in the bars), is substantial to look at and is now more convenient than ever. But these are material attributes. What really appeals to you is the character of the machine. It is sort of like the daddy turtle in Finding Nemo. The 500 whispers in your ears, ‘Duuude! you need to chill out, dude...'