Two years ago, the gap between the market caps of the two companies was $13 billion. Royal Enfield's market cap now is $57 million higher than that of Harley-Davidson. Indian firms occupy there of the top five slots in terms of market cap, including Bajaj Auto which is at no.1, followed by Royal Enfield and Hero MotoCorp.

Royal Enfield bike volumes grew more than 50% for the last four years, while Harley 's were in single digits. Royal Enfield also has one of the highest operating margins globally at 28% while Harley's margins are 24.9%. 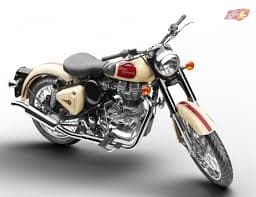 Royal Enfield has recently unveiled its all-new motorcycle the Himalayan, which is an adventure tourer. The Himalayan sets a new benchmark for the company which has an brand new 411cc engine, built indigenously.