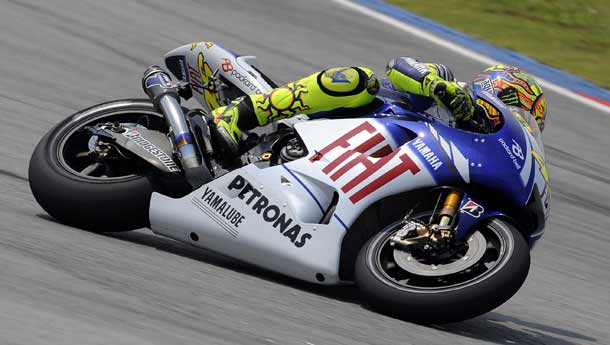 The penultimate MotoGP race of the season and Valentino Rossi already seems to be staking claim to victory, and perhaps the championship too, at Sepang.

Rossi took a record-equalling 58th pole position (equalling Mick Doohan's record) at the Malaysian circuit when he set a time of 2m0.518secs, breaking the Sepang lap-record, which he'd set himself in 2006. This is Rossi's sixth pole of the year.

Rossi could very well wrap the championship up this weekend itself. Even if Lorenzo does finish first, Rossi only needs a fourth-place to be champion yet again. Here's to a steamy shindig at Sepang!