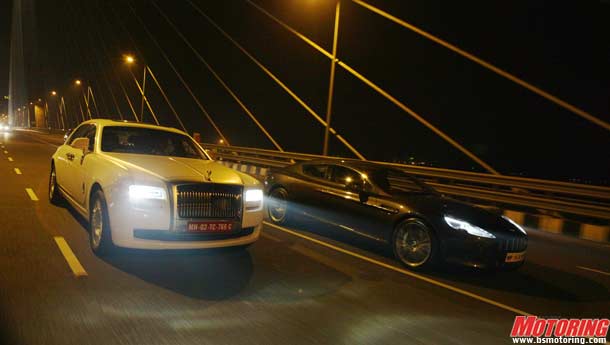 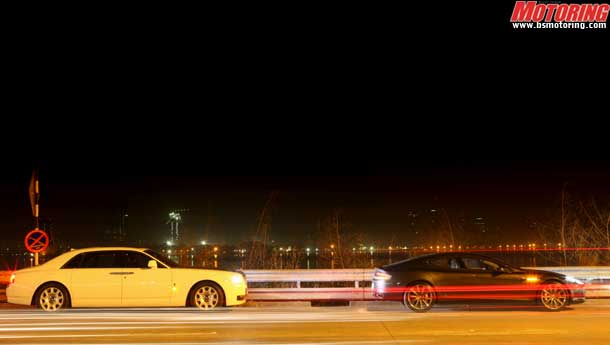 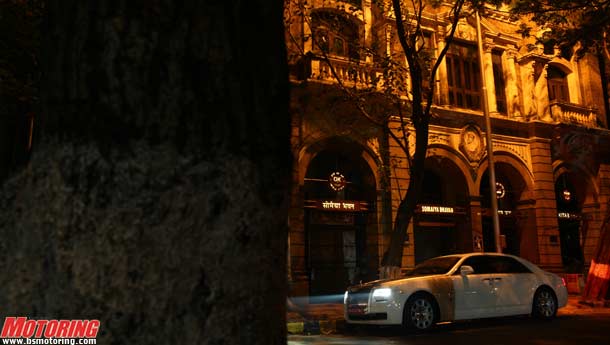 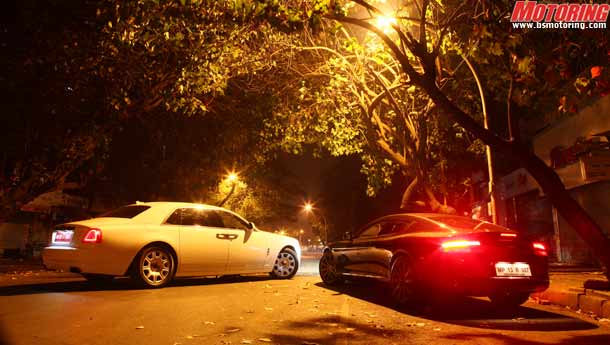 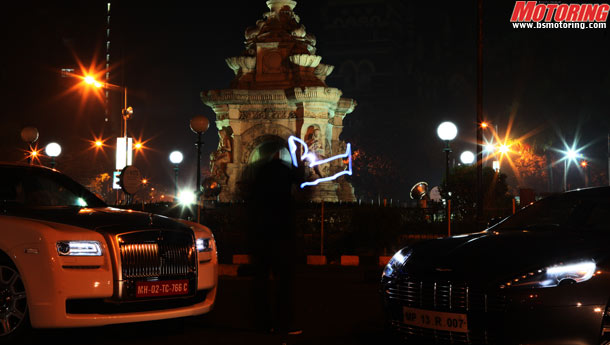 The guttural snarl from the twelve-cylinder Aston Martin Rapide ripped open the otherwise quiet night. The Bandra-Worli Sealink was bathed in neon and numerous cat’s-eyes blinked at me as I sank my right foot deeper. The exhaust note changed a tone into the exotic realm as we crossed a highly illegal speed landmark. I was in no mood to relax. It was my night after all.

Allow me a paragraph or two to put things in context. Last December I packed my bags at BSM, riding on a new hope and some reassurances from people close to me. Thankfully, I was relying more on hope.


Confession time: it has been a mixed bag of a year since I quit the editorship of BSM and moved on to a corporate career. The transition period was easy as I revelled in everything new. A new commute, a new office, new colleagues, new chai-wallah and so on. And the responsibilities ensured that I got immersed in work. Team building, brand building and execution of newly conceptualised events under the Mahindra Adventure brand kept me on my toes. But deep inside, the soul of a motoring journalist still lives. I miss shiny new metal, the new-car smell, brand-new tyres, early morning shoots, late-night shoots, sheer acceleration… every aspect of it. So much so that I started avoiding auto magazines, out of sheer envy. On quiet nights, I think of starting my own auto magazine, perhaps out of Goa.

To cut a long one short, I was excited the moment Srini explained the concept of the Ex-Men specials. I would have preferred a Lamborghini Miura in and around the old factory in Italy or an Aventador around the Buddh International Circuit. But traitors can’t be choosers, right? So I settled down on the two four-door cars from Ol’ Blighty – the Rolls-Royce Ghost extended wheelbase and the Aston Martin Rapide.

Now, these are cars as different as the Queen of England and James Bond, with only two extremes of Britishness being the common link. But unfortunately, in a drag to the Buckingham Palace, the long-wheelbase Ghost will stun the Aston as the accelerator sinks into the plush carpeting. No joke this; despite being some 600 kg heavier, the Ghost with its BMW-built, twin turbo-powered monstrosity under its expansive hood can do the 100 kph drag in 4.9 seconds, while the slithery Aston with its naturally aspirated 12 will take 5.2 seconds. In Bond terms, vital fractions indeed.

On sparsely populated roads this night, the demo driver from Rolls-Royce is out to prove this point. There I was, riveted down in the exquisitely sporty innards of the Aston trying to milk that V12 for whatever it was worth and the Ghost hushes past, creating a black hole in the night air. The only sight that could have had more impact would have been Shreenand trying to land a Boeing 777 ( a story that we'll have up on the website soon!) in the lane next to me and trying to catch my attention while at it.

So 563 bhp of silky smooth power and 78 kgm of  torque, that threatens to change the Earth’s axis when unleashed, live together happily to make a motorcar that is supremely capable. The good news is that the hyper turbos do the trick and deliver all that torque at 1500 rpm, resulting in the mind-numbing acceleration explained above. I am sure that if one Mr Colin Chapman gets his hands on a Ghost in heaven, he would add some weight reduction technology to it and race the Devil himself on Sunday mornings.

The Ghost rides better than the S-Class that I drove last and handles, this I am certain of, better than the QE II. If handling is what you are looking for, then the Aston Martin wins and don’t get amused if in the next flick, Bond out-drives a Patriot or two. So what if the ride is bone-jarringly bad on the paved streets of Mumbai?!

Partly due to the fact that not much engine development has happened post-Ford at Aston Martin, the V12 that seems to date back to those Timothy Dalton days, is capable of only 470 horses and 60 kgm. But ah, the noise it makes! The stainless steel exhaust system goes ‘baaarp, baaarp’ at idle and blipped above the 3000 rpm mark. I begged the company driver to give me a high-speed pass just to hear it in anger. Technology may be older, power and torque may be less, but Bond will still win the girls. And what bliss, he can carry three of them in the Rapide. To those who are inclined towards top speeds, the Rapide can show you 296 kph on the speedo, while the German engineers played spoilsport and restricted the Ghost to a politically correct 250 kph.

As the night became early morning, I was satiated with the power play and even found time to spend in the rear seat luxury of the Ghost. It was time to thank the boys from BSM and head home. Which one would I want to take back home? The Aston, of course. It looks like a sportscar and goes like one, four doors be damned. And more importantly it sounds like one. In the Ghost, Rolls-Royce has a volume car and one that can be enjoyed from behind the steering wheel too.

And, ahem, unlike the XUV 5OO from Mahindra, you can get one of these off-the-shelf too!