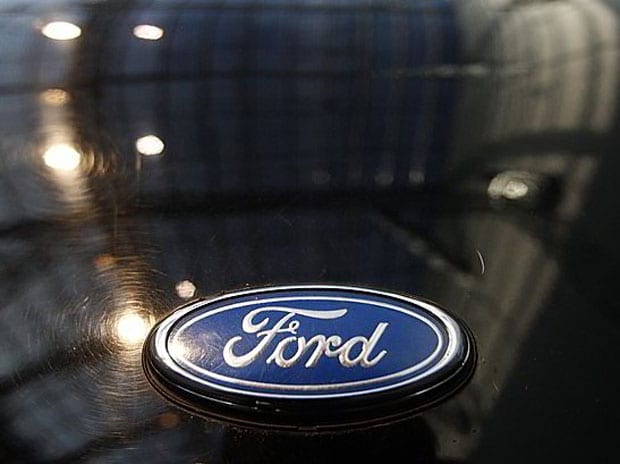 American car maker Ford produced more cars than Mahindra & Mahindra and Tata Motors in 2016-17 to emerge as the third biggest car maker in the country.

In 2015-16, Ford had ranked fifth in production after Maruti Suzuki, Hyundai, M&M and Honda Cars.

Ford exported more than 62 per cent of its vehicles and accounted for 22 per cent of the 758,830 cars exported by India in 2016-17. The company is now the second biggest car exporter after Hyundai and could well emerge as the biggest this year.

South Korean car maker Hyundai has remained the largest passenger vehicle exporter for the past many years. But with a sharp growth in the last couple of years, Ford has managed to close the gap. In 2016-17, Hyundai exported 167,120 vehicles, growing just 3 per cent over the previous year, while Ford increased shipments by 43 per cent to 158,469 vehicles.

Ford exports the EcoSport, Figo and Figo Aspire to Latin America, West Asia and Africa. The company did not respond to emailed queries on its further plans for exports and the domestic market. The car maker is focusing on the export market for better capacity utilisation and greater economies of scale.

Hyundai and Maruti are seeing a strong pull in the domestic market and have accorded greater priority to local demand. Ford inaugurated its second Indian plant at  Sanand in Gujarat in March 2015 with an annual capacity of 240,000 vehicles. The first plant at Chennai had a production capacity of 200,000 vehicles.

The capacity utilisation for Ford is still less than 60 per cent and gives the car maker headroom to expand exports and domestic sales.

An analyst said global automobile majors, including Ford, now recognise that vehicles made in India are quite competitive in cost as well as quality.

“Manufacturers here enjoy the advantage of low manpower cost as well as low cost of components. That is driving their export strategy,” he said.

Ford is among several multinational automobile companies in India for whom exports now bring bigger volumes than local sales. Others in the list include Volkswagen, Nissan and General Motors.