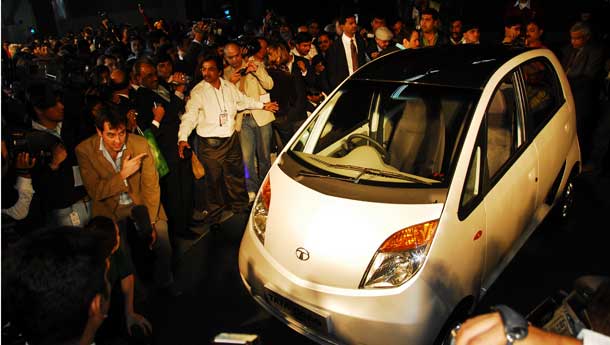 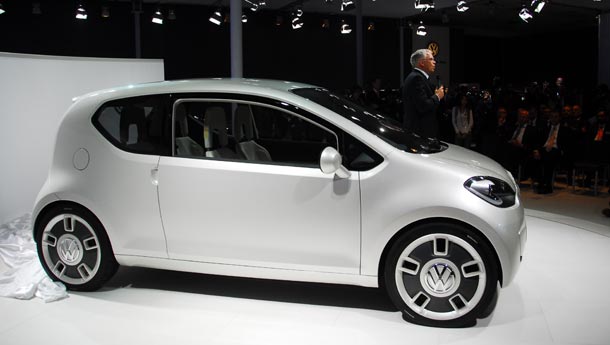 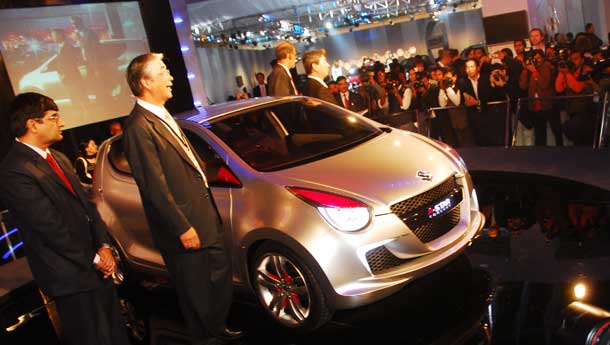 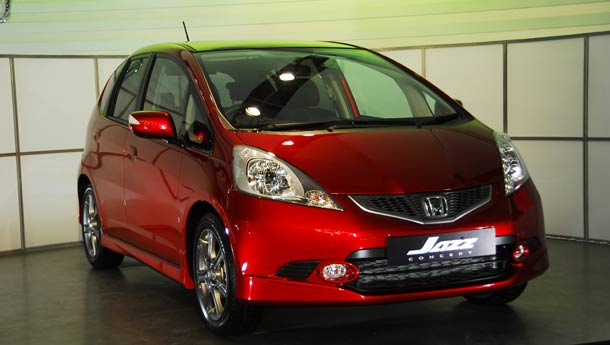 Venues for automotive expositions around the world are cold, dark places for most of the year. But for a week or two every year, or alternate year, the world trains its eyes on them. Then they attain character, become launch pads for illustrious machines, platforms to sign mega-dollar deals, a source for zillions of pixels and bucket-loads of ink, places where lithium-ion batteries freak and die.

And it differs from one country to another. The Detroit motor show flexes its American muscle in the freezing cold of January, Frankfurt dehydrates visitors in its September heat every alternate year with its allegmanic might, Paris focuses on everything beautiful and automotive, Geneva goes all out for passion and neutrality (no car makers in Switzerland, you see), and Tokyo becomes the capital of techno-weirdness. Those car makers who want to stand out choose the Los Angeles or New York motor shows to unveil their concepts and launch cars. Bologna and Shanghai are waking up to be exciting venues to remove satin from metal too. The Cobo centre at Detroit, Messe Frankfurt, Makuhari Messe at Tokyo — they are familiar hunting grounds for those in the circuit, and these are places where an old car on display is considered a criminal wastage of money, space and time. Can we take the name Pragati Maidan in the same breath, now that Auto Expo is getting bigger every other year? Not yet — to become the lore it still needs a sharper focus.

It was perfectly acceptable for firms like General Motors, Ford and Hyundai to come to India and test the waters a decade ago. They did well in bringing the mighty Corvettes, Mustangs and pretty ladies, in that order, to impress show-goer’s three expos back. But it is disconcerting to see the same stuff at this expo. GM brought down the million-dollar Sequel fuel-cell concept along with what Tokyo would have called “reference” models such as the Cadillac CTS and the Hummer H3, among others. Top execs in Hyundai would have thought it important to bring the Qarmaq soft-road coupe concept along with the Velostar sports car concept instead of another small car. Honda, though they played the hybrid and fuel cell card, made up by showing the Jazz small car.   The idea of bringing in the all-conquering Le Mans winner the Audi R10, and Renault Formula One machinery was a bit off the track. All of them brilliant cars, but Mahukhari Messe veterans would tell you that “reference” models are not meant for production or sale — they are eye-candy. The problem is, people tend to walk past them and towards the Tata pavilion where there is something more tangible on wheels. Zillion dollar fuel-cell concepts vs a Rs 1 lakh car?

You know who the winner is.

The point we are driving at is simple. The soul of Auto Expo lies in being home for the small car. It is a position not yet assumed by any car show in the world — Tokyo has its share of Kei-cars but they are a bit over the top all the time.

Some hints in that direction are already there and they were laid not just by Tata Motors. Suzuki chose the Auto Expo to unveil its A-Star concept to the world. Sure, it will retail for much more than Rs 1 lakh when it goes on sale, but it is important because the production car that comes out of the A-Star concept will be sold in large numbers in Europe where it will carry a Nissan badge. A car made by Maruti-Suzuki to be badged a Nissan and sold in Europe and shown for the first time in India — you get the twist?  Suzuki is also showing the newest production small car, the Splash. The Splash is a key member in the Suzuki fleet since it replaces the Wagon R in many international markets. And yes, it shows the way forward.   Volkswagen brought down the first in a series of Up! concepts which, though not shown for the first time, was an equally important gesture by the largest car maker from Europe. The Up! is a more evolved answer to the small car puzzle and features a rear-engine layout like the Tata Nano and will form the basis for an all-new, five-door hatchback from the makers of the Beetle. This car may get built from India if plans go well. But if you think VW believes in Auto Expo as the natural habitat for small cars, you could be wrong. Last October, VW chose to show the five-door Up! concept variant at…you guessed it, Tokyo. After selling well-built Octavias and Superbs for a while, Skoda chose to officially launch the brilliant Fabia small car. With the Fabia, India gets a car with European upbringing, technology and safety features and a very Indian price-tag. The key word here is “launched” and not merely “unveiled”.

Want more proof why Auto Expo should become the small car showcase for the world? Hyundai today builds the i10, its newest small car, only in India and exports it to all parts of the world. GM is setting up a new car plant with an installed capacity of 1,40,000 cars in Maharashtra to build an all-new car that will slot between the Spark and the UV-A. Honda’s new facility at Rajasthan will yield two small cars in the next two years. Toyota is planning its small venture which may come on-stream in two years time. The Renault-Nissan combine is busy building a plant in Chennai for small cars that will be sold in India as well as the rest of the world. The Bajaj-Renault alliance is set to challenge Tata Nano and they already had a concept car to show before Tata unveiled its entry. Volkswagen’s small car plant is set to build a new model which is, in all probability, based on the Up! concept. Ford has just announced fresh investments to enhance its production facility at Chennai and build a small car.

There are no ifs and buts in any of this. All of these projects are certainly coming through and all of them revolve around the concept of “small cars”. It is only natural then that the organisers of Auto Expo start positioning their fare as the first and only stop for small cars. Then Pragati Maidan will attain a certain status, leading designers would want to be seen next to their small car creation unveiled at New Delhi, and journalists from the ecologically-conscious developed world as well as the financially-challenged developing world will fill up the pavilions to the brim. Till then.