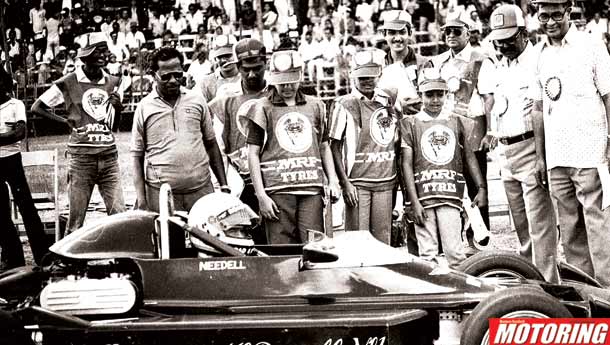 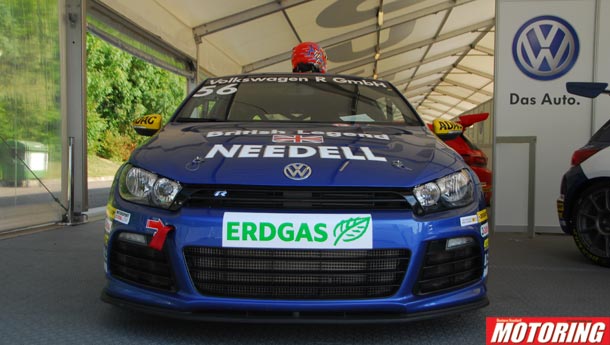 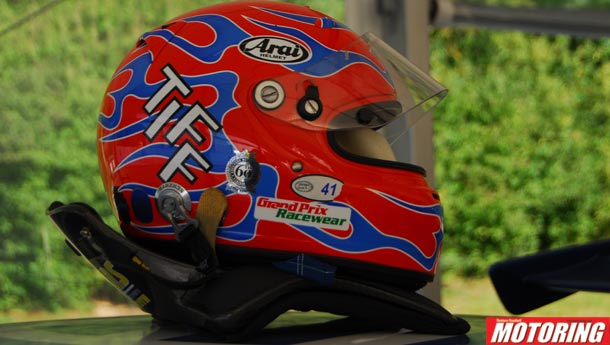 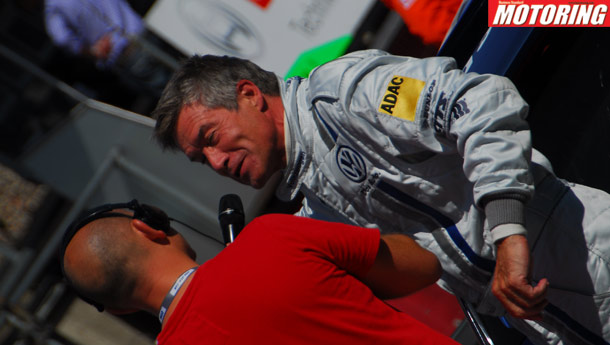 Why we know him
Racecar driver and TV presenter

What he’s up to now?
Well, he's still racing... and presenting!

You raced at Sholavaram – how’d that happen?
Bob Fearnley used to run the Formula 1 car for Vijay Mallya. They ran Jim Crawford in one car, so when Vijay retired when his father died, they asked me to drive the other one. I knew them and I worked for Autosport magazine, so they knew they’d get some publicity if I drove for them. So I was invited out to drive for McDowells!

How did racing in India go for you?
I did two races – the Bangalore Grand Prix and the Madras Grand Prix. There was two of us in Formula 1 cars, with the rest of them in Formula Fords. I think there were six cars in all. It was more of a demonstration. We agreed to put on a bit of a show. Our racing actually got a lot of attention from the Indian press – two daredevils thrusting and parrying with each other. The crowds were massive there in 1985. And the track was just a rough runway, and we would race on what was a T-junction. Halfway through the day and the crowd was just standing at the edge of the track and as we were coming around the course they’d all just step back and let us have a little more room. All a bit crazy. I won the Bangalore Grand Prix at Jakkur and Jim won the Madras Grand Prix at Sholavaram. It was good stuff, it was excellent stuff!

Other crazy races you’ve had?
Well, that was quite bonkers – going to India to drive round and round! The county championship BMW races were quite bonkers. All my Formula Ford races were mad. There was this one race in the European Championship with Derick Warrick where we were blocking other cars and pulling off some dirty tricks. That was quite a race! There were so many races I couldn’t pick one.

And a race that was a piece of cake?
It’s never a piece of cake! It’s always hard to win motor races. You always have to try and get everything right, learn the track, get the best car, sort things out. It’s never easy. Except when you go to Bangalore and there’s nobody else racing. Then it’s quite easy!

What about your F1 stint?
It all happened so quick, I didn’t think I was there. It was like a dream. There was just such short notice to get in the car, and then I just tried to qualify. I qualified in Belgium. And in Monaco, they only had 20 cars in the race – there were 30 cars that turned up in qualifying, and only the 20 fastest got to race. On the Thursday qualifying I was 19th – so I was in the Monaco Grand Prix! Of course, Ensign was really waiting for Jan Lammers to be able to drive for them, so I knew I only had a short, short stint in F1. That was that. Back to the job listings!

You raced all over the world, didn’t you?
I raced in Japan a lot. I couldn’t get any drives in Europe which were paid. So I just went where I was getting paid. I was like a loose cannon – have helmet, will travel. Pay me some money, I’ll come and race for you.

How often do you race now and do you miss it?
Three times a year.  And yes – if I’m not racing, I don’t want to be here!

‘That’ car?
Well, Formula 1 is the ultimate, isn’t it? But the Ensign I drove wasn’t a very good Formula 1 car. Well the March 782 BMW was a very memorably enjoyable car. Single seaters, really. The Le Mans Porsches were fantastic.

Was fitness important back when you were racing?
I wasn’t the best at keeping fit. We never really thought of it. We had beer the night before a race. I’m going to have beer tonight (the Scirocco Cup race was the next morning). Doubt any of the young drivers will – they’ll probably just have water or sports drinks or something.

On the likes of James Hunt
He was a proper racing driver you see. Drinking, smoking, women everywhere. He was the last hero. Him and Barry Sheene, the motorcycling star. That’s what I wanted to be. That was a proper racing driver, James Hunt. Now they’re all boring and they don’t do anything. But they’re not allowed to because of the press and the sponsors and the pressure. The world is spoilt having fun really. The minute you have fun, it’s in the papers, isn’t it?

Your racing rivals?
Nelson Piquet and Derick Warrick in my Formula 3 Championship year. They were my generation. But I think my biggest rival in sports cars was Bob Wallace. When I was in the sportscar World Championship in 1989, he was the leading Porsche driver, so I had to outqualify and outrace Bob Wallace. That was quite a battle, though. As you’ll read in the book Tiff Gear, on sale now!