March 22, 2016: Following the recent launch of its face-lifted Duster with the new six-speed Easy-R AMT gearbox, Renault India is getting ready to launch a new variant of the Lodgy equipped with the same gearbox. 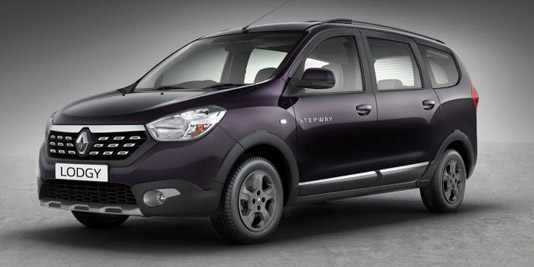 The Lodgy is expected to offer the AMT gearbox on its mid and top RXL and RXZ trims and only with the option of a seven-seater model, with the second row featuring captain seats. This transmission would come mated to the 1461cc diesel engine that produces a power output of 108 hp.

As the Duster and the Lodgy are based on the same platform, it would be comparatively easier to tune it for the MPV.

With the launch of the AMT-equipped Lodgy, Renault is looking to improve the desirability of its MPV in a segment that has chief rivals like the Maruti Ertiga already offering an automatic variant and the new Toyota Innova Crysta that's set to get a six-speed automatic unit when launched this year.

The AMT equipped Lodgy is expected to come with a price rise of about Rs. 50,000. The company had earlier confirmed its plan to introduce an AMT variant of the Kwid as well.