Renault will launch the all new Duster with AMT gearbox and cosmetic tweaks in India around the end of March. The all new India-spec Duster will also become the first Renault model to be offered with an AMT gearbox. 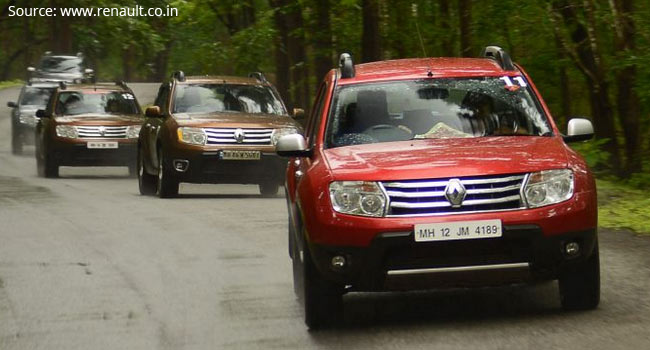 The facelifted model will have Easy-R AMT gearbox instead of the DCT auto gearbox, which was displayed by Renault's sister brand Dacia at the 2015 Frankfurt Motor Show.

Though the DCT would have offered a smoother drive than the AMT, the former's cost would have pushed the SUV's price further by around Rs. 2 lakh. The Duster Easy-R AMT will come only with the Duster 110PS version, a company source said.

In terms of pricing, the new Duster is set to cost a significant premium over the current model with the AMT version.

With the launch of the facelifted Duster expected by end of March, dealers are offering discounts of up to Rs. one lakh on the current model.