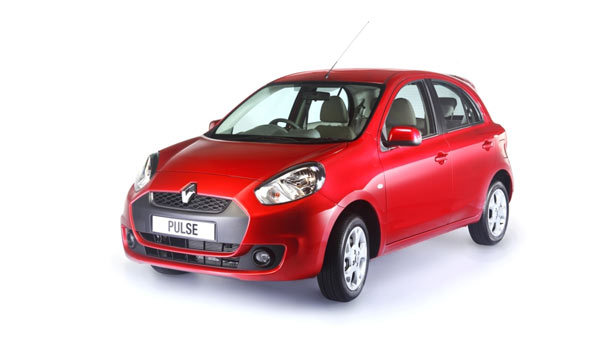 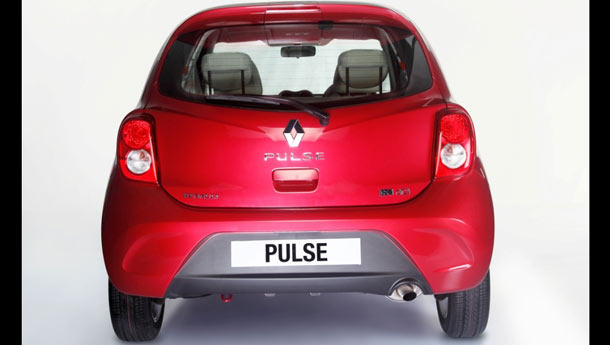 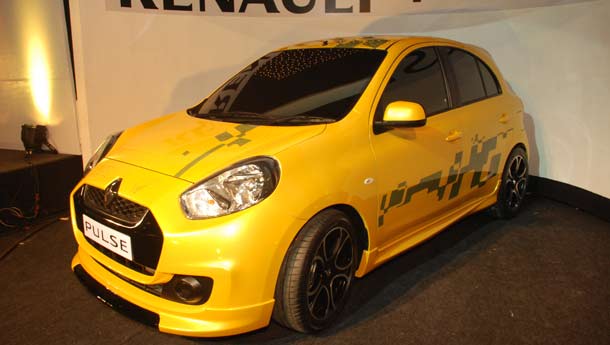 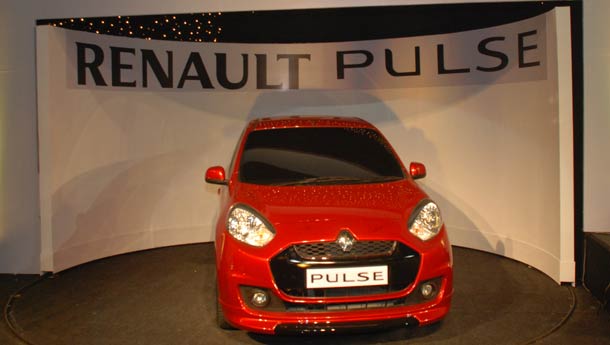 Renault's first serious onslaught at the mass-market, the Pulse hatch was previewed over the weekend to the media at a function on the sidelines of the Indian F1 GP.

Based on the V-platform that also underpins the Micra hatch and Sunny saloon, the Pulse is identical to the Micra, down to pretty much body work and panels. The major differences are to the nose where a matt black grille and dog-bar as well as the prominent Renault logo make up the changes. The tail end now gets a slightly revised tail lamp structure and bumper as well as the associated logos.

Powering the Pulse is the 1.5-litre dCi diesel motor that is also available on the Micra and Mahindra Verito (formerly Mahindra Renault Logan). The K9K motor is expected to produce 65 bhp and like the Micra will harp on its driveability and efficiency. A petrol motor will not be available for the moment, but if so, will come with the 1.2-litre, 80 bhp Micra motor.

On the inside, the differences are close to none, apart from the usual raft of logos. Even the colour combinations, trims are identical. Alloy-wheels will be offered on the Pulse if we are to go by what we saw, something that is not currently offered on the Micra.

Expect pricing to be a bit more premium than the Micra for the mid and top-end variants, while a more basic variant, starting under Rs 5.5 lakh, ex-showroom Mumbai can be expected. Overall, the Pulse could range in the region of Rs 5.3-6.4 lakh, ex-showroom Mumbai. A formal launch will take place in January 2012 at the New Delhi Auto Expo.

The Pulse is the first of two products to be based on the V-platform. The Sunny will also be the basis of Renault's C-segment sedan and is likely to be badged the Logan when it arrives in India in the second-half of 2012. The Logan nameplate is still a property of Renault-Dacia and given how popular and well-established  the Logan brand is, it would only be prudent for Renault to bring it back. Renault's design studio in Mumbai, responsible for the Pulse could also be handed over the task of the Renault-badged Sunny.