Gearing up of the launch of their new entry level car, Kwid, Renault has released a teaser TVCfeaturing its brand ambassador Ranbir Kapoor, while themusiciscomposed by A.R.Rahman.

This new TVC starts with Ranbir driving the Duster and Lodgy , also showing the Fluence and finally ends showing the Kwid, captioned 'coming soon'. The tune 'Re Re Re Raftaar' is quite catchy and the music score has a lot of 'Indianness' built into it. 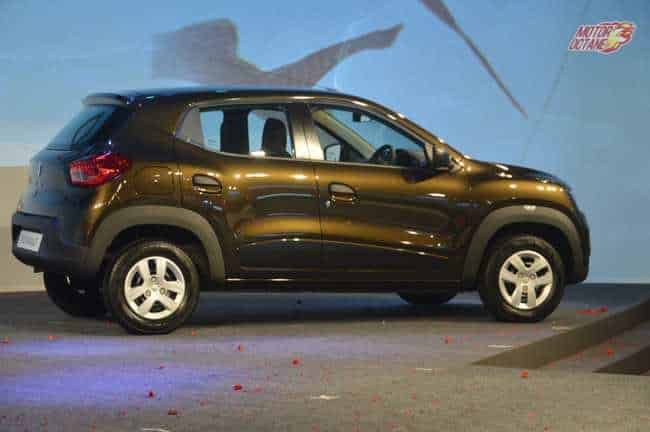 The Kwid was unveiled by Renault in the month of May and is based on an all new platform CMF-A by RenaultNissan. It willmark the entry of Renault into the volume based segment in India.The Kwid is a sub-4 metre car measuring 3.68 metres in length, is 1.58 metres wide and has a ground clearance of 180mm with short front and rear overhangs.

With a localisation of 96 percent,Renaultwill bepricing the car agressively between INR 3-4 lacs. The Kwid will come witha newly-developed 800cc, three-cylinderpetrolmotor, generating57bhp of top power. It would be linked to both five-speed manual as well as AMT gearbox.The Kwid has been testing rigorously on Indian roads for some time now.