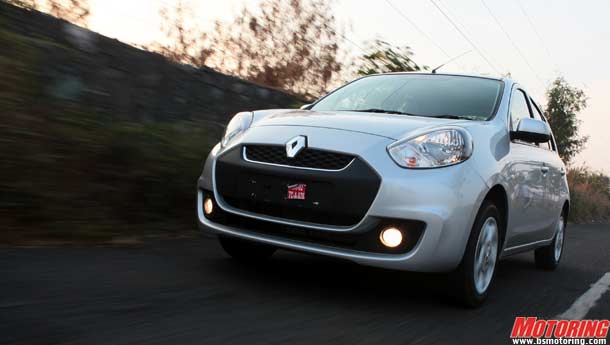 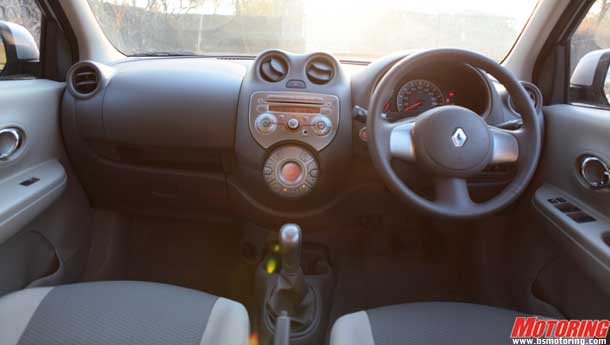 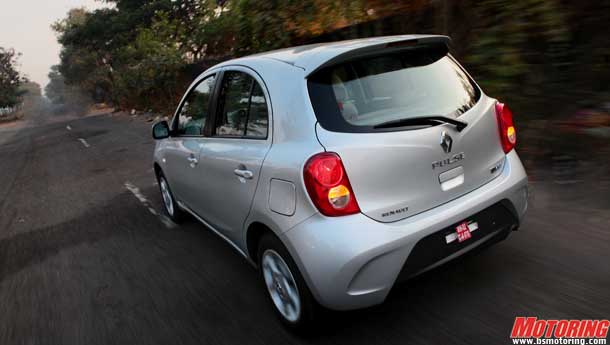 What makes a Renault? If you ask me, I will say funky French styling, quirky ergonomics, weird names and sporty driving appeal. If you ask Carlos Ghosn, he will probably say “Nissan.”

Surely the chairman of the Renault-Nissan Alliance (le cost killer, one of the most influential names in the automotive business, the industry’s great white hope, Japanese manga character), won’t say that, but it’s the truth. Look at the car in the pictures — it may be called the Renault Pulse, but anyone with a remote interest in cars will know it’s a Nissan Micra. So does that make it a Renault?

Certainly not. And this is the outcome of Ghosn’s much-touted frugal engineering concept. Take a Micra, get the Renault Design Centre in Mumbai to change the front end, add new tail-lamps, revise the interior plastic colour a bit, slap on a few of those lozenge-shaped logos, and bingo, you have Renault’s first small car for India. This is the result of a strategy that involves getting relevant cars to the market in the shortest possible time and with the least amount of money. In simpler terms, it’s a short cut.

Okay, now platform sharing is not a new thing. The finest exponent of the art is of course the Volkswagen Group. Just a small example will suffice: Skoda Rapid and VW Vento or even Skoda Fabia and VW Polo. Twins but not virtually identical — there’s been some effort to differentiate between the two for the customer. But with the Pulse and the Micra, this effort is missing. And that’s exactly what my crib is. It’s not that the Alliance is new to the concept of platform sharing — for instance, the Nissan X-Trail and the Renault Koleos have lots of stuff in common, but both vehicles have their own identity. However, with these hatchbacks, there seems to be no effort to differentiate the two. And when the price of the Pulse will be announced at the Auto Expo in January — which will be slightly more than the Micra’s price — you fear that these two partners will end up cannibalising each other’s sales instead of eating into the competition’s market share. Let’s hope the Alliance doesn’t do the same thing with the Renault equivalent of the Nissan Sunny.

Enough already, let’s get closer to the Pulse now. As mentioned earlier, my idea of the elements that are characteristic of a Renault don’t apply to this car. Let’s start with the design. The styling is not funky — though the Renault Design Centre has manage to pull it off, given the tight brief, it does look forced. That’s because the rounded architecture of the car is closely identified with the Micra across three generations. While that is left unchanged, the addition of that grille and tail-lamps is a mere modification. The Pulse does turn heads on Mumbai roads, but that could be its novelty rather than its styling.

Ergonomics. The French have a different sense of placing different controls inside a car — for instance, you will take time to get used to the positioning of various switches and controls in the Renault Fluence. These quirks are absent in the Micra, so obviously they aren’t present in the Pulse either — I’ll have to admit that’s not a bad thing as the Micra is intelligently designed. The packaging of the car is such that it liberates plenty of head room for passengers and there is adequate leg room and boot space too. The quality of plastics is not exceptional but it’s nothing to complain about either. The seats are supportive and the car is quite liveable inside with the storage slots and ergonomics on offer. But the badge-engineering bit has been pushed to its limit. Nothing has changed on the inside of the car from the Micra, not the customer interface bits, not even the door locks. I am glad the steering boss at least wears the Renault lozenge! Like with the Micra, the Pulse is equipped quite well. It has the engine start/stop button, smart key, electrically adjustable external rear-view mirrors with auto-fold, automatic climate control, alloy wheels etc. In the Pulse you get front airbags and ABS with EBD.

As for the weird French names, well, even those do not apply to the Pulse! And because there are no mechanical changes to the Pulse vis-a-vis the Micra, it is no different to drive either.

Powering the Pulse is — you guessed it — the same 1.5 turbodiesel that is used in a big bunch of the Alliance cars including the Micra and the Sunny. The 8-valve SOHC four-cylinder 1461cc motor is good for 63 bhp at 4,000 rpm and 16.3 kg of torque at 2,000 rpm and it powers the front wheels via a five-speed manual transmission. The engine is a strong performing unit that delivers power smoothly. And it has a penchant to sip diesel — it is frugal enough to offer 12.6 kilometres to the litre in peak Mumbai traffic, of course with the AC running. The engine is a bit noisy on the outside, but superb insulation has translated to a car that manages to keep the vibrations and noise outside the passenger cabin.

Combined with the light kerb weight of the car — a little over 1,000 kilos in this top-spec version — the engine is completely unstressed and performs effortlessly. It makes the Pulse reasonably quick; we estimate it can do the 0 to 60 kmph run in 6 seconds and make it to 100 kmph from standstill in 16 seconds. The strongest aspect of this engine is the delivery of torque, which paired with good gearing, makes it driveable in city conditions with barely any torque steer. On the highway, it is competent, holding cruising speeds of over 100 to 120 kmph. Also, because of the way the power is delivered, overtaking is accomplished easily. The gearshift is positive and it engages well but it’s not a snappy, quick-shifting gearbox that would be seen in a sporty Renault.

The steering is tuned for ease of driving in city conditions, so it feels light despite the nose-heavy diesel and it tightens up appreciably at higher speeds. And the turning circle is also terrific. When it comes to the car’s driving dynamics, its strongest point is the ride quality. For a small car, it offers a mature ride, soaking in bumps and potholes well and not letting much of it through to the passengers, and consequently not tossing you about. High-profile 175/60 R15 Bridgestones support the suspension well, contributing to its comfortable ride. The feel from the brake pedal is slightly wooden — you don’t realise when the brakes (ventilated discs at front, drum at the rear) are biting, but be assured that they do. As for handling, though you can chuck this car around to a certain degree, the Pulse is not comfortable doing it. It does not feel one with the driver and trying to straighten the bends is only awarded with stifled yawns. That’s again because the Nissan Micra is a practical, family-oriented car — it is like a sensible appliance. It has no sporty aspersions, which I would expect should not be the case with Renault. With the kind of investment the French manufacturer has poured into motorsport, you’d expect some rub-off on the passenger cars, wouldn’t you?

So what do I make out of this car? It is a sensible buy for a family looking for a decently specced hatchback that is frugal in nature and friendly to drive. But so is the Micra. So why would you buy a Pulse instead? I don’t know, ask Ghosn.