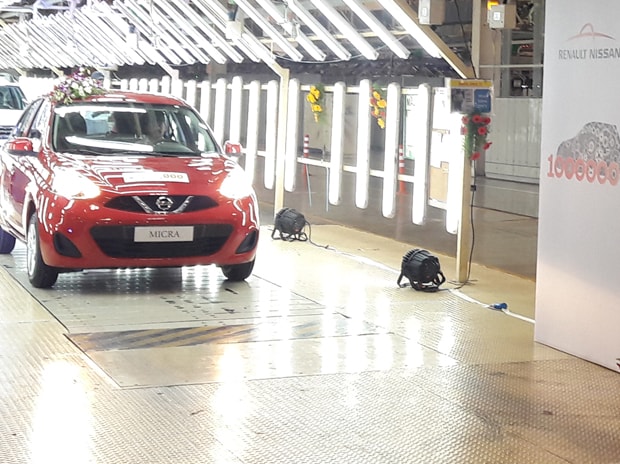 Renault Nissan Automotive India (RNAIPL) has signed a three-year long term of settlement agreement with its employee representative union at its Oragadam facility, near Chennai. The agreement will be effective from April 01, 2016 until March 31, 2019.

The agreement was signed with Renault Nissan India Thozhilalar Sangam (RNITS). With this, the plant technicians will receive a salary increase of Rs 18,000 progressively over the next 3 years. The agreement includes several benefits and schemes for employees and their families, said the company.


Colin MacDonald, CEO & Managing Director of Renault Nissan Automotive India Private Ltd (RNAIPL) said, “Employees are the driving force for the sustainable growth of Renault-Nissan. Therefore, the company places great importance on establishing a workplace that maximizes the performance of all. The wage agreement with the employee union goes a long way in building a sustainable and performing organization. We have carefully ensured that the employees and families receive best benefits and schemes."


The manufacturing facility at Oragadam was set up by Japanese automajor Nissan and French automajor Renault and it is one of the largest plants in the Renault and Nissan Alliance. The facility started in March 2010 and the Alliance partners have invested Rs 6100 crore till date and introduced 32 new Renault, Nissan and Datsun models and derivatives to its production line.


The plant caters to both domestic and international markets and has developed into India's second largest car exporter with more than 600,000 units shipped to 106 countries since 2010.


Together, the manufacturing plant and R&D facility have created more than 40,000 jobs (direct and indirect included).