11.32 AM: The crossover styled hatch has 7 inch- touchscreen MediaNav- First in Segment. 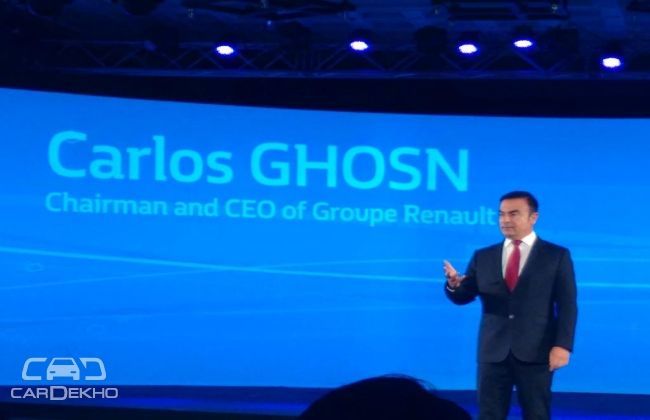 11.36: The car will first be launched in India and then will be made available for emerging markets and later on worldwide. 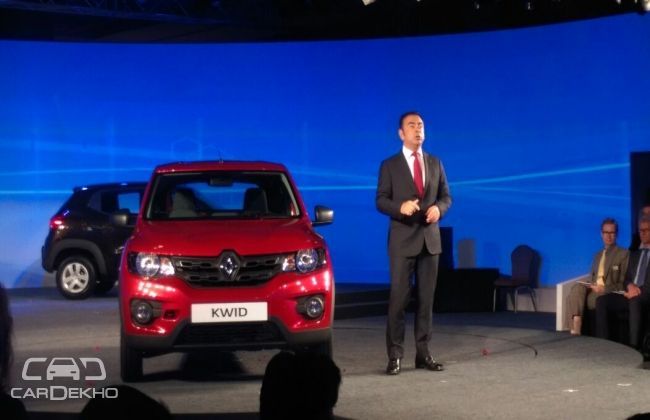 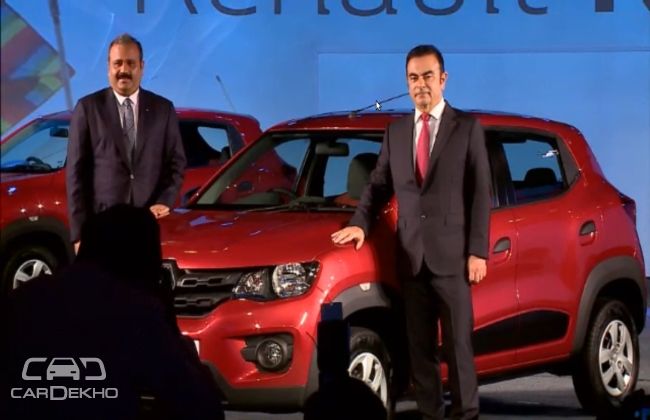 11.40 AM: The car will be launched during the festive season with 98% localisation in india.

11.41 AM: Carlos Ghosn says, "This car is for the conquest and is the first A-Segment car in India. This will surley rattle the cages of Maruti Suzuki and Hyundai in India. 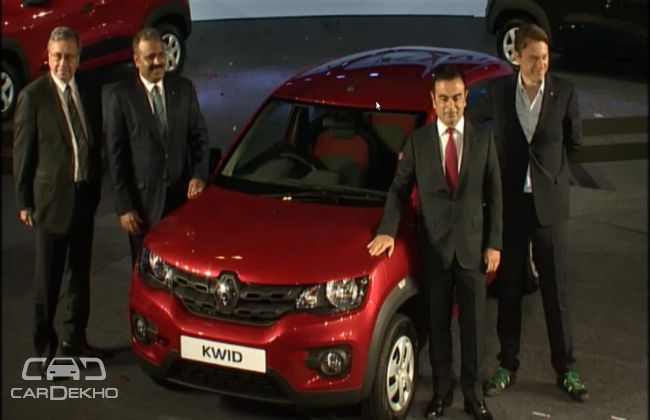 11.44 AM: Kwid is build on Alliance Platform and will generate more cars in near future. 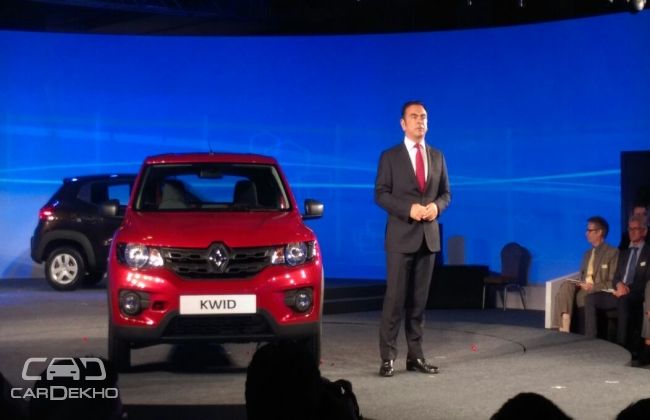 11.48 AM: Carlos says, Renault is learning from its own, and is looking for new opprotunities.

11.50 AM: The compact hatch will be exported to nearby countries and surrounding regions.

11.51 AM: The car is co-developed by the engineers from France, India and Japan. The automaker will invest INR 30 Billion on this new platform. 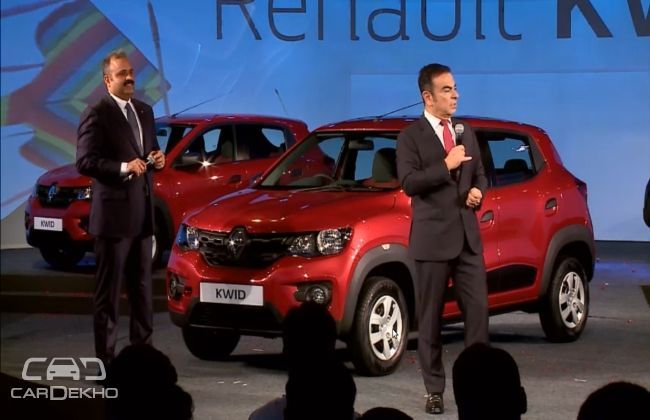 11.55 AM: "Yes, Renault will make money in India", Carlos answering a question.

11.56 AM: Renault KWID meets all the safety standards in India and will be coming with ABS and other stuffs.

11.57 AM: Carlos also says, "There will be no cross badging across Nissan and Renault. Nissan will not use the KWID but will use its CMFA platform."

12.00 PM: For the moment, there is no plans of launching KWID in Europe. The car is only for emerging markets like India and other developing countries.

12.01 PM: No Dacia badge for KWID. For our readers, Dacia is Renault's fully owned subsidary brand. 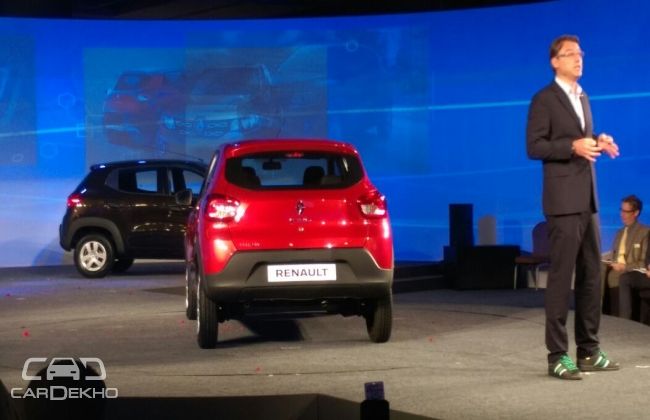 12.04 PM: In 1984, Reanult launched its first MPV Espace and since then, the company has not looked back. 12.08 PM: Nissan will also launch its new small car RediGo in 2016 which will be based on Renault KWID's platform. 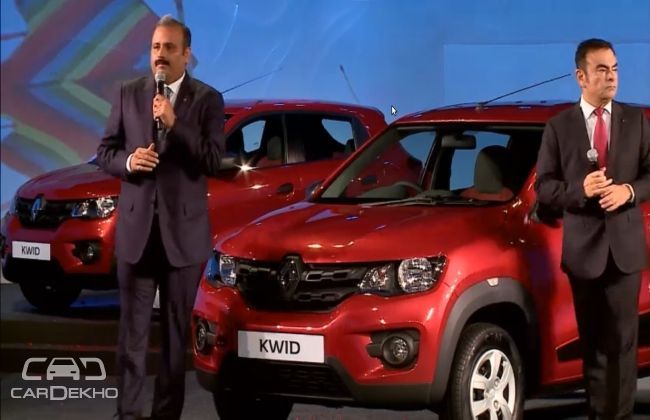 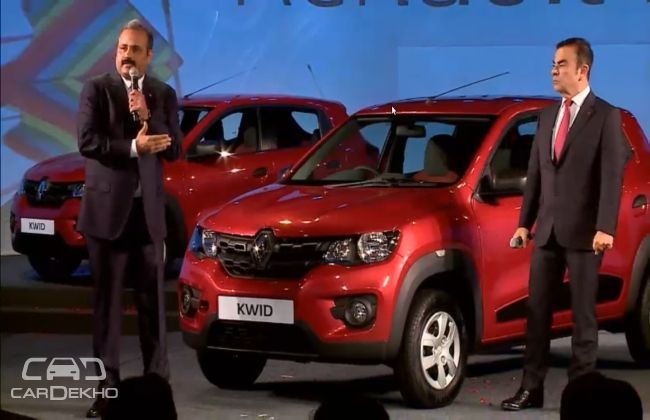 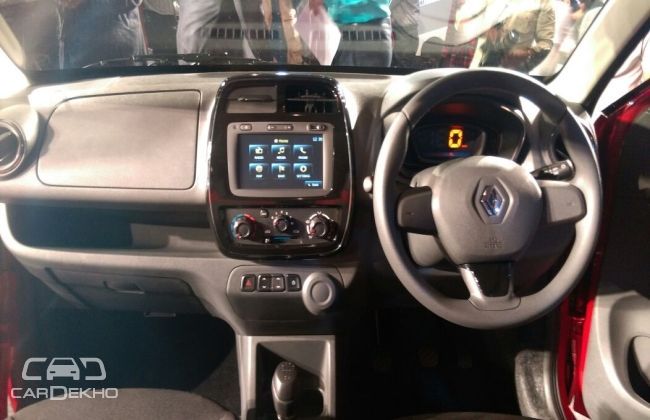 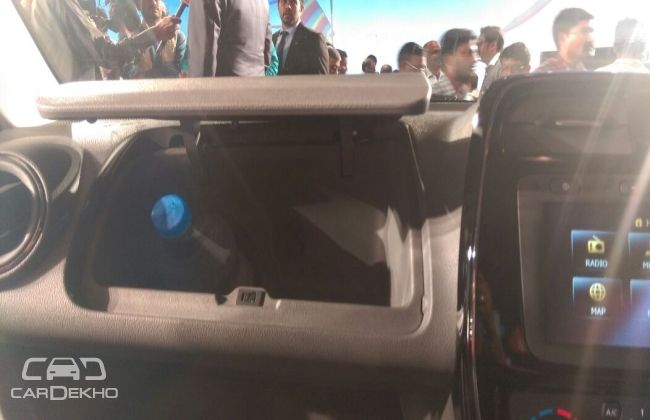 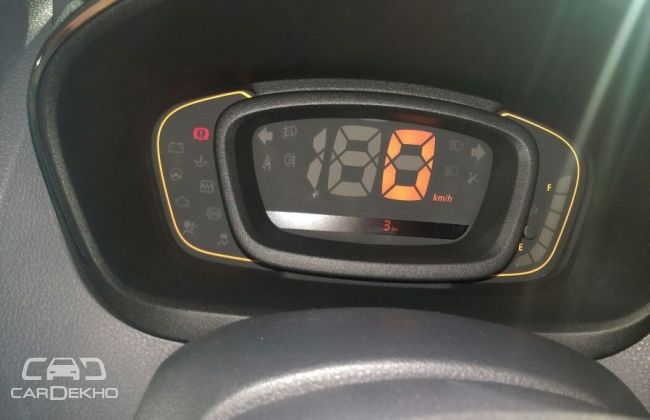