Renault Kwid to get AMT gearbox

Renault will be showcasing its AMT (Automated Manual Transmission) technology at the upcoming Frankfurt Motor Show this month. The AMT range of cars showcased will be of the Dacia brand.

The AMT technology from Renault is likely to be called 'Easy-R'. Dacia cars such as thenew Logan, the Logan MCV, the Dacia Sandero and the Sandero Stepway will be some of the first models to get the Easy-R gearbox for the European market. While Renault brand of cars will be offered an AMT at a later stage, Renault is working towards fitting this gearbox in its soon to be launched small car - Kwid. The Kwid will initially be launched only with a five speed manual transmission and the AMT will be launched at a later stage, once Renault is done with their internal tests on the car. AMT gearboxes have recently become popular after two car majors - Maruti and Tata started offering them in their cars like Maruti Alto, Maruti Celerio, Tata Zest and Tata Nano. While Maruti and Tata source the AMT gearbox from Magnetti Marelli, a Fiat group company, Renault will be launching its own version of the AMT. 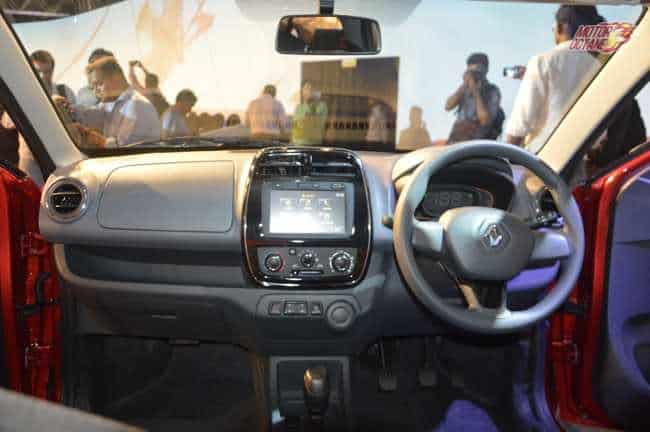 It is also believed that the Kwid may not offer a manual shift option as available in Maruti and Tata. Instead, it will feature a rotary knob on the centre console in place of a gear lever. The Kwid will bepowered by a three-cylinder 800ccpetrol engineandwill get features such as all 4 power windows, Airbags, ABS, Infotainment system with Navigation and Bluetooth.