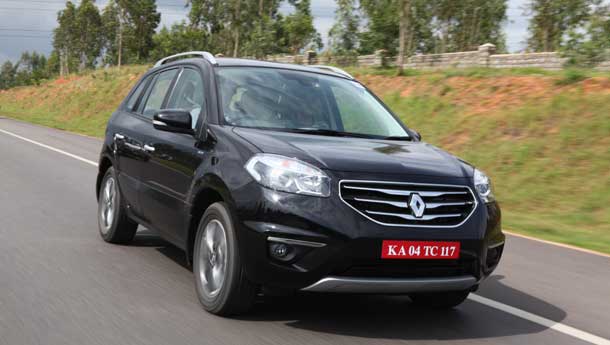 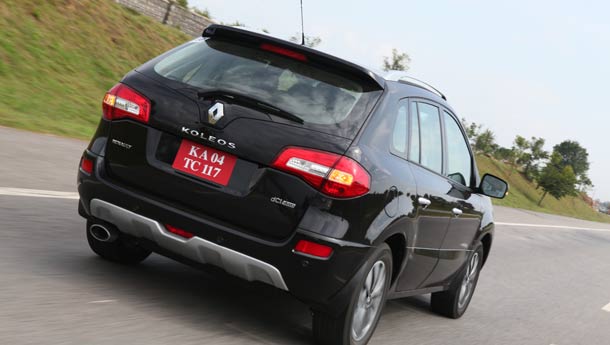 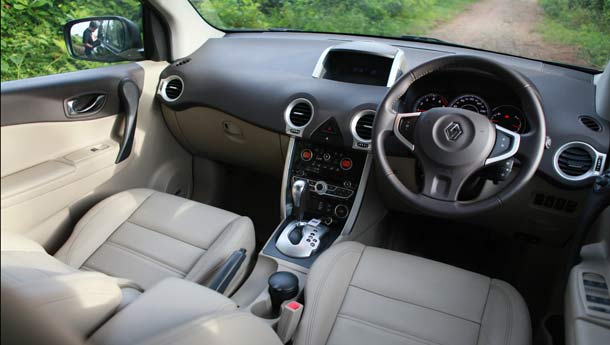 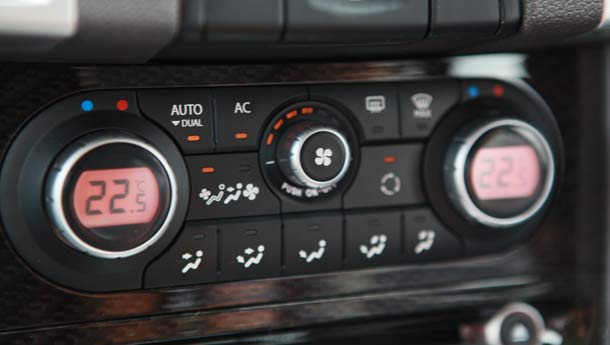 1. Renault's second product after the Fluence, the Koleos will be, at least for the next two years, the most expensive product offering from Renault in India.

2. Based on the Nissan X-Trail's C platform, it's a five-seat monocoque SUV that's been in production since 2006. This is the facelifted version of the Koleos, with India, incidentally being the first market in the world to receive this updated version, even before China.

3. The Koleos isn't smart looking in the photographs, but looks a lot better in the flesh with its new front-end giving it a fresher appeal than the previous car. Other design highlights include a rising waistline and the coupe-ish like green house that don't make the Koleos appear as bulky as most SUVs nor boxy as the X-Trail.

6. The interiors of the Koleos are well-built and there is good use of materials, though some of the plastics strangely feel a bit scruffy, and these are the visible kind. The Koleos seats five in decent comfort, though a vehicle like the Hyundai Santa Fe or the Chevrolet Captiva offer more legroom in the second row despite being seven-seaters.

7. There is no shortage of kit in the Koleos. You get selectable four-wheel drive (borrowed from the X-Trail), ABS and six airbags, a beautifully specced out Bose stereo unit (the car has Bose inscribed on the front wings and door scruff pads), cruise control, automatic climate control, USB/aux-in, automatic wipers and lights among others. Two features, we think could have been added were a sunroof (even though it's sort of impractical in India) and ESP. Renault claims that despite lack of ESP, the car has received a Euro NCAP 5 star rating.

9. Performance is more than sufficient, but it won't exactly leave your hair standing. Unlike the X-Trail, the gearing on the Koleos seems to be tuned more for comfort than outright performance. Slot it in D and the automatic gearbox is happy to cruise around at whatever speed you are doing, until you step on the throttle, which leaves the ECU a little flummoxed before it selects the right gear. You have to sort of learn the way the gearbox works to suit your driving style, which can be a little frustrating initially.

10. Once you do learn, you will realise that mashing the throttle is best left for in sports-mode. That means it will hold the gear longer and take you all the way to the redline before it selects another gear. That can be a bit more rewarding once you understand it, though it does tend to take a toll on fuel efficiency, which we couldn't verify on this driving impression. The SUV is comfortable cruising at speeds of 120-140 kph every day.

12. While the Koleos is well-kitted, looks good and is well-built, the price seems to be a bit of a bummer. At Rs 22.9 lakh, ex-showroom, Delhi, the Koleos comes in only trim and spec which is to some extent matched by the Hyundai Santa Fe that not only has a more powerful engine but a third row of seats as well. And the Santa Fe is to be assembled locally soon which could bring down its price even further. While Renault has been hit by an increase in CKD duties (from 10 per cent to 30 per cent), the value conscious may look elsewhere. Nevertheless, the Koleos is a good SUV that will somehow need to fight it out in this rather crowded segment.