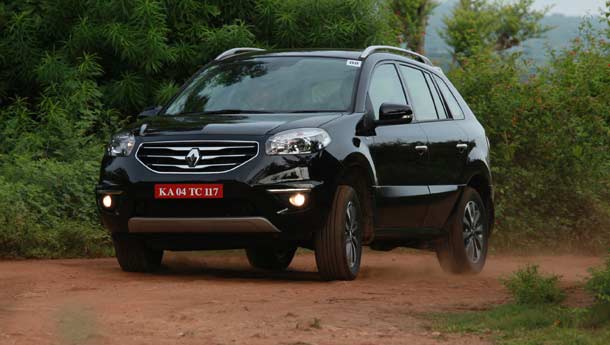 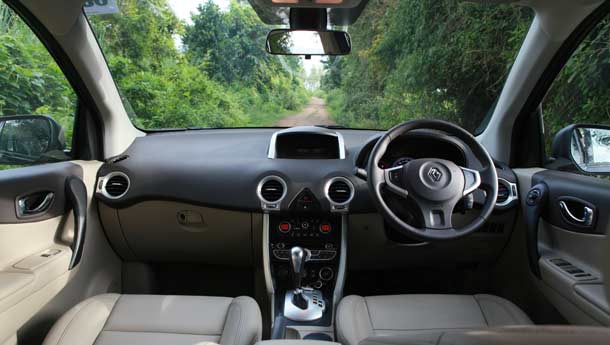 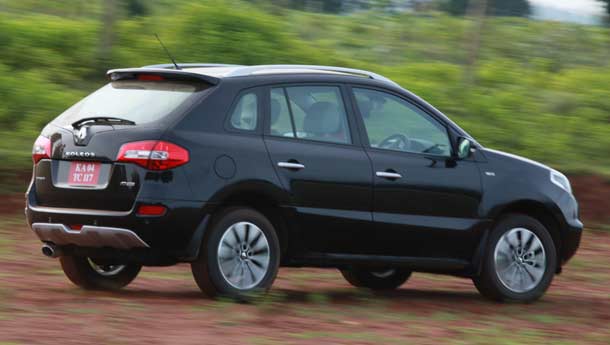 Renault isn’t making a song and dance about its arrival in India. In fact, it isn’t doing anything that most brands would do to announce their intentions. Its marketing, advertising and public relations pundits tell you that service is high on its agenda, by which they mean sales, after-sales, maintenance and what have you. Peace of mind and product attributes, rather than brand tom-tomming, seem to be its selling points.

This has been the case since the launch of the Fluence and the tradition seems to have continued with the Koleos as well. Like with the Fluence, Renault has followed a very unusual product strategy. Where the Fluence is only available in basic trim for the diesel and is fully loaded for the petrol, the Koleos comes in just one, fully-loaded trim. The competition may have two-wheel drive, four-wheel drive, automatic, manual and other trims, but Renault believes people in this segment would rather have it all than get a piecemeal, price-cut option. One could say Renault is ditching volumes, but then again this segment is too limited to really worry about incremental changes. It has bigger worries on its mind — like the hatchback codenamed B58 that some are suggesting could be the Modus, or the Duster SUV — the first true SUV in the Rs 7 lakh to Rs 10 lakh segment since the Mahindra Scorpio nearly a decade ago. Or the Nissan Sunny-based C-segment saloon, all of which should be on sale in 2012.

You could call the Koleos a bit of a stop-gap measure then, as Renault chalks out its distribution and after-sales strategy. After all, what use are a few dozen dealerships when you want to sell thousands of cars each month? At Rs 22.99 lakh, ex-showroom, Delhi, the Koleos is probably good enough for a few hundred units each month over the few hundred Fluences Renault racks up each month. Its claim to fame is that it’s based on the Nissan X-Trail’s C platform, but unlike the Nissan, it’s assembled at Renault’s facility at Oragadam, just off Chennai.

At first glance, the Koleos does seem a little quirky, especially in the pictures. But when viewed in the flesh, it is rather handsome. Key takeaways from the design include the coupé-ish greenhouse and the rising waistline, the rather French-looking snout and some smartly-designed tail-lamps that are integrated to ensure the split tailgate works beautifully.

On the inside, there are some typical French quirks from the Fluence, like the unit for audio controls behind the steering wheel which aren’t intuitive at first. The rest of the interiors are a mixed bag. While the instrumentation is clear and feels nice to use, the plastic quality on some parts, like the centre console, feels a bit scruffy, which is a bit hard to digest on a vehicle at such a price-point. It has enough to keep you busy though, from the neatly detailed automatic climate control to the well-resolved Bose stereo system which Renault claims is the only of its kind in the segment. And it’s gone a bit overboard with the Bose insignias all around, which is a bit strange, no matter how good the stereo setup is. This being the four-wheel drive version gets the same switchable setup like the X-Trail as well as six airbags and ABS, though there is no ESP. Despite that, it’s a proper Euro NCAP 5-star recipient, so you will find the environs of the car rather safe.

Speaking of which, you may find the space a bit short if you generally tend to kiss the clouds. It’s comfortable as long as you don’t have someone rather tall sitting up front. The seats are comfortable by themselves, but the knee room and leg room come up short, especially at the rear. The Koleos, though, is a proper five-seater, though some of its competitors are seven-seaters. Nevertheless, you won’t be complaining once you get behind the wheel.

Start it up and you are greeted by the 2.0-litre dCi diesel clattering away before it warms up. Mated to a six-speed auto transmission, it produces 148 bhp@4,000 rpm and 32.4 kgm of peak torque from 2,000 rpm. The powertrain is identical in spec to the one found on the X-Trail and when you get it worked up, it doesn’t feel quite different either. The engine has a distant rumble when you are cruising around and the gearbox shifts in a rather relaxed manner. A flat torque curve aided by a sedate gearbox gives it decent driveability and when you do shift the gearbox into sport mode and bury the throttle, it’s decent fun too.

On well-paved roads, the Koleos rides with a certain degree of calmness that one has come to associate with Renaults, with little by way of wind roar or tyre noise. Alter the terrain to some bad roads and the Renault stays unruffled, thumping the ground under its feet as though the aberrations didn’t exist. Ground clearance is good enough for most bad roads, but hardcore off-roaders will probably want to look elsewhere. Go faster, encounter some corners and the Koleos has some body roll, but it feels tight and the steering weighs up well. Its manners are more car-like than an SUV, thanks to its monocoque construction and while it may not be the best in terms of overall dynamics, it can be considered among the top three in its category.

So that should make it good enough to unsettle its competition, right? Maybe, maybe not, for the price does seem a bit on the higher side and Renault still has some way to go before it can charge a premium and get away with it. As an SUV, the Koleos works quite well. But it also lies in a segment which is getting increasingly crowded and it won’t be easy for it to become a top-seller. It, however, will be a good learning experience before Renault gets ready to hit the mass market. That’s for sure.