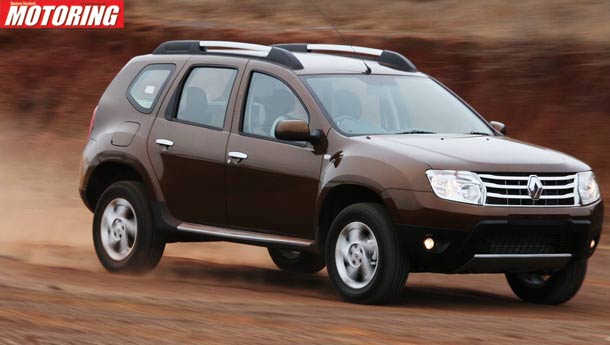 Renault's big hope for India, the Duster is nearing its final dash to the showrooms as production of the first lot of Dusters is coming to a close. At Renault Nissan's plant in Oragadam, just off Chennai, Renault hopes to pull off a big one. It intends to roll out up to 50,000 Dusters each year, with most of it destined for our market while the rest will head to UK, making it the first car to be exported by Renault India.

The Duster will come in only two-wheel drive, but with a host of engine and transmission options. First up is the 1.6-litre petrol motor that also does duty in the Sunny. While it will form a small portion of the sales, Renault has thought it to be prudent to offer it to our market. The petrol version will produce a little over 100 bhp and come with a 5-speed manual as standard. Only two trims are likely to be offered and will most likely be the cheapest Duster on sale.

Next on the charts is the 1.5-litre dCi motor. This motor will be offered with two power ratings, the first of which is the 84 bhp one. Mated yet again to a 5-speed manual, it will be offered in three trims. The top-spec version of this car will come with twin airbags, ABS and EBD.

The higher of the power variants, the 108 bhp version will also come in three trims with an 'up' version that offers leather seats as standard. This version will be equipped with a 6-speed manual and the same raft of safety equipment, apart from parking sensors, bluetooth, USB connectivity and an HVAC unit for the second row as well.

All versions will run with 215/60 R16 MRF Wanderer tyres with pressed steel wheels for the lower trims and alloy wheels for the higher trims. A lot of 'Indianisation' has been done, especially with respect to use of trims, features and making the Duster more refined and efficient. It is understood that the 1.5 dCi version could have an ARAI fuel efficiency figure from 19.5 to 21 kpl for both power ratings, while the petrol version will be under 14 kpl for the same.

Pricing will be key to the Duster's success and a Rs 7 lakh price tag may not be off the mark for the cheapest version, with the more expensive 1.5 dCi going for the higher reaches of Rs 10 lakh. If Renault manages to pull it off, expect premium B segment hatches and the C segment to really feel the heat.


Keep reading bsmotoring.com for the first impressions of the Duster.