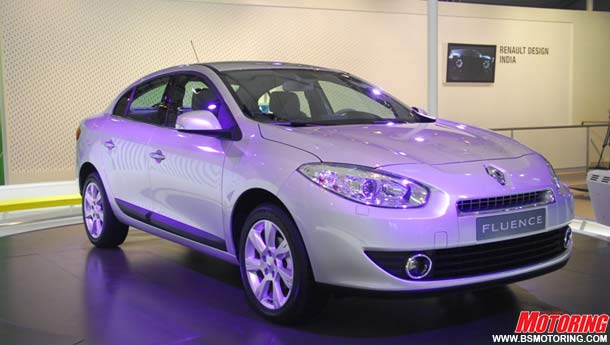 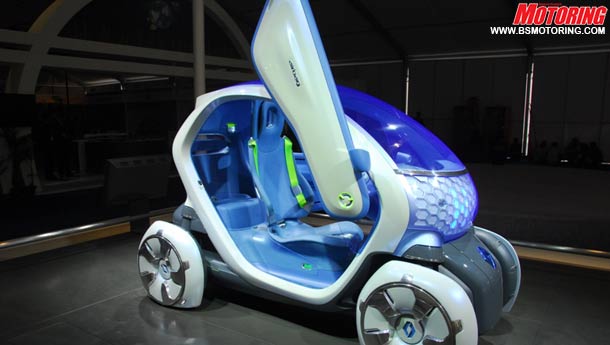 French auto major Renault said it is looking at launching zero emission electric vehicles (EVs) in India by the middle of this decade. The company, which today unveiled its city two-seater 'Twizy' in the country, also plans to produce up to five lakh units of EVs globally by 2014.

"We will launch the electric versions of our family saloon 'Fluence' and the compact utility vehicle 'Kangoo' in 2011 in Denmark and Israel, followed by the launch of Twizy. We hope to bring all these cars to India within four years of their global launch," Renault Vice President (Corporate Affairs and Communications) Ashish Sinharoy said.

He said the company will first bring cars to India as completely built units (CBU) but may look for local assembly of manufacturing later.

The company plans to introduce the car in the European market post 2012. All the Renault models will use lithium ion batteries. While Twizy has a single charge mileage of 100 kilometre, Fluence and Kangoo will run up to 140-160 kilometre in a single charge.

In 2011, the company plans to start with an initial production of 50,000 units of EVs at its facilities in France and Israel and hope to reach a figure of five lakh units in the following three years. "By 2014, we will be producing around five lakh units annually. The batteries will come from our plant in Portugal," Sinharoy said.

Renault had invested Euro four billion ($5.71 billion) for development of its zero emission platform over the last five years. The Israeli government has offered tax incentives for 30 years besides committing investment of $1.5 billion as part of its agreement with the company.

The company also unveiled its compact saloon Zoe at the Auto Expo tomorrow.

"We are in discussions with the Delhi state government to finalise details regarding special incentives for EVs, like tax benefits, besides planning to enter into talks with other state governments," Renault Country General Manager Marc Nassif said.

He further said, "Globally, we have entered into over 30 memorandum of understandings with various national governments and local authorities for launching zero emission EVs. We hope to enter into such agreements in India as well."

In the European markets, the company has tied-up with local electricity authorities and is looking for similar arrangements in India, he added.

Speaking during the unveiling, Delhi Chief Minister Shiela Dixit said, "I do hope when it (Twizy) goes into production, India will be a buyer."

Interestingly enough, Dilip Chhabria, who just unveiled the DC Imperator, has been a key member of the design team of these Renault EVs.