Ratan Tata should step down for crisis to abate: 6 suggestions from NYU's Damodaran 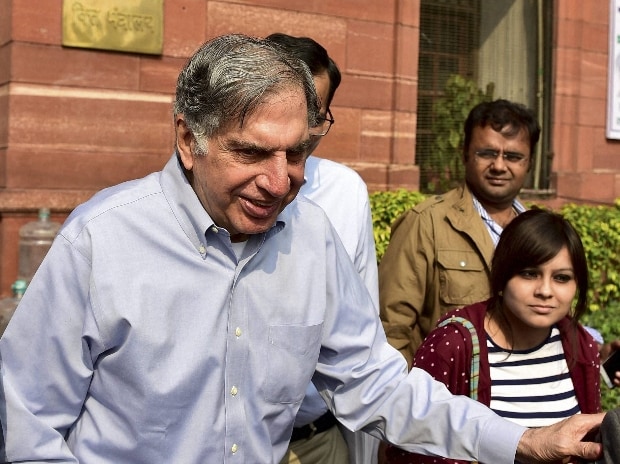 Respected academician and management expert Aswath Damodaran has said Ratan Tata has to step down as interim chairman and let a third party acceptable to both sides take over for the crisis in the group to abate.

The high stakes corporate battle for the control of $100 billion Tata group that has broken out between 78-year old Tata and Cyrus Mistry, the man he chose to lead the group five years ago but sacked unceremoniously last month, has become a subject of much international interest.


Damodaran, who teaches corporate finance at Stern school of Business of New York University, has suggested several steps the group needs to take to protect the interest of the various stakeholders. Other suggestions include increase in transparency, reduction of cross holdings and restriction of Intra group dealings.

"It seems to me that, for this crisis to abate, Ratan Tata has to step down as chairman and let a third party that both sides find acceptable step in, at least for the interim," Damodaran said in a detailed account published in his much followed blog Market Musings on Thursday.

Egging the group to settle the disputes soon, the professor said since the fight has become personal, a rational solution would be difficult to reach unless both parties withdraw from the fray.

"I am sure that there is no shortage of advice being offered to the group at this time, but these would be my suggestions on what the group needs to do now, " Damodaran, the author of several books and academic papers, wrote.

Here are his six suggestions:

1.Settle (soon): The dispute between Cyrus Mistry and Ratan Tata has to be settled and soon. Nothing good can come from continuing to fight this out in public and both sides have too much to lose.

2.This is personal: It seems to me that the fight has become a personal one, with managers and directors taking sides (voluntarily or otherwise) between Ratan Tata and Cyrus Mistry. That tells me that any rational solution will be tough to reach, unless both personalities withdraw from the fray. It seems to me that, for this crisis to abate, Ratan Tata has to step down as chairman and let a third party that both sides find acceptable step in, at least for the interim

4.Unit Independence: The next step in this process is to make each public company truly independent and that will require (a) selling cross holdings in other Tata companies and (b) removing family group directors who serve on the boards of the stand alone companies.

5.Restrict intra group activities: It would be impractical and perhaps even imprudent to bar Tata companies from interacting with each other, but those interactions should follow first principles in finance. Hence, while intra-group loans may sometimes make sense, the interest rates on these loans should reflect the risk of the borrowing entity and intra-group equity investments should be value adding, i.e., earn a return on capital that exceeds the cost.

6.Transparency: Disentangling cross holdings and restricting nitric will be a big step towards making the financial statements of the Tata companies more informative.

Some of these changes can (and should) happen soon, but some may take a while to unfold but they have to be set in motion, with the recognition that the end game may be that some Tata companies, some with storied histories, may have to shrink or even disappear and that others will be elevated, Damodaran said in the blog post.