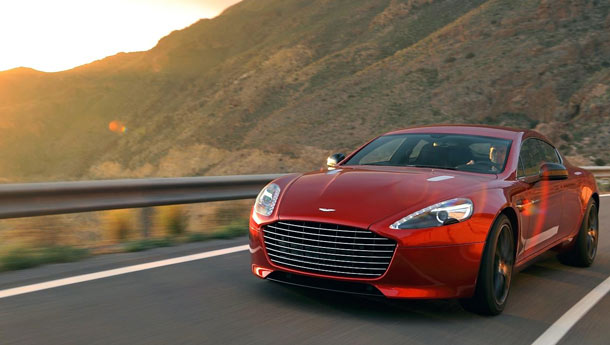 The 100th anniversary of Aston Martin this year has certainly gotten a lot of people exited. We reckon that's the exact thought that ran through Aston's director of design, Marek Reichman's mind when he signed-off the new Rapide S.

After designing the impeccably gorgeous new Vanquish, he is the man behind the new four-door Rapide S jaw-dropped looks. Besides it’s pedestrian-hungry face, the Rapide S looks very attractive, housing a host of new improvements over the Rapid, most important of which is the revised version of the naturally aspirated V12 motor. The S’ improved engine gives the driver a stonking 550bhp to toy with (an additional 15% more power than its predecessor offered). With 63.2kgm of torque on hand, the Rapid S also more grunt at lower revs. What aids in catapulting the S to 100kph from still is its Touchtronic 2 six-speed transmission. Top speed is now 306kph, making this the fastest four-door Aston ever. Aston Martin has even implemented its racing V12 technology in this lusty engine, including CNC machined combustion chambers and lighter cams which in English translates to better efficiency and lighter emissions.

Aston Martin have made improvements to the stability control and adaptive damping as well as lowered the engine up front, thus dropping the car's centre of gravity -making it a more agile handler. It remains uncertain as to when we will see the Rapid S in India. But we simply can't wait to Bond with this beautiful beast. The company will reveal prices of the Rapid S next month.