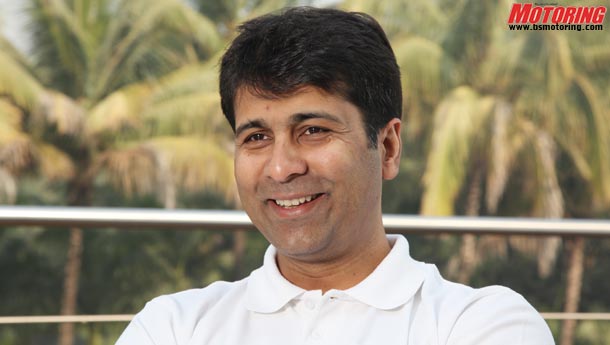 In 2008, Bajaj Auto faced one of its worst crises — sales volumes nosedived, dealers and vendors began to complain that their operations had become unviable and a couple of its new launches failed. It hurt even more because the company had always prided itself as a market leader.

That’s the time Rajiv Bajaj realised that the root cause of the problems was that the company didn’t have “the right strategy”. Help came in the form of a book written by Al Reese and Jack Trout, two of the world's foremost strategists. Though Reese and Trout got directly involved with the company much later, Bajaj was impressed by what he read in the much-celebrated book — Positioning: The Battle for Your Mind. The key takeaway for him was: once a company has a clear brand positioning, pricing power follows automatically. Examples: Harley Davidson, Porsche or a BMW.

The lesson was obviously well-learnt. For, the 45-year-old managing director and CEO of Bajaj Auto subsequently made a remarkable turnaround that saw his company back from the brink onto the recovery path. Bajaj Auto is now India’s most profitable two-wheeler manufacturer. Operating margins have been in the 20 per cent region for five quarters now, compared to market leader Hero MotoCorp’s less than 15 per cent.

Though it’s still way behind Hero in terms of sales volumes, Bajaj Auto is progressing fast. It posted 35 per cent sales growth in the last fiscal year — 11 percentage points higher than the industry’s growth.

What Reese and Trout taught him was that Bajaj Auto can’t afford to work with a buffet of brands as in the past, as the key was specialisation and clear positioning. For India, that positioning was a leadership role in the mid-space motorcycle market.

That’s precisely why Bajaj phased out other brands and is banking on just two — Pulsar (launched in 2001) and Discover (four years later) — to deliver the goods. The dual bike strategy has worked: at four million mobikes a year, it has roughly 10 per cent of the global market share by volumes, and the target is to take it to 20 per cent, which in itself will double the size of Bajaj Auto. Exports have grown over the past decade from zero to 35 per cent of sales.

ICICI Bank and Infosys Chairman K V Kamath, who was the head of the Jury to select the BS award winners, is among those who are quite impressed with this level of performance. “The scale he is delivering is serious stuff. What makes it all the more credible is his ability to deliver profitability on a sustained basis. The track record is impressive,” Kamath says.

Ernst & Young Country Managing Partner Rajiv Memani believes that his decision to phase out scooters showed Bajaj’s capability of taking calculated risks. He proved his mettle by sticking to the brand play in premium motorbikes to protect margins.

Bajaj’s game plan is simple: While Pulsar focuses on the market for sports motorcycles, Discover is positioned for the market for sporty commuters. Then there is a market for utility bikes, especially in the African markets, for which the company has launched Boxer. For the niche markets, Bajaj Auto acquired a 39.8 per cent stake in KTM. Today, the KTM Duke 125, which has 99 per cent localisation, is a class leader across Europe.

The most challenging task of course was changing the mindset of people in the company when the young engineering graduate from Warwick decided to take the bull by the horns and get away from scooters (even his father Rahul Bajaj was initially uncomfortable with the idea). Everybody in the company and its dealers were used to a 10-year waiting period for scooters and the idiom of “now you have to chase customers” was Greek to them. Apart from the people factor, Bajaj had to change everything — research and development specifications, engineering processes, manufacturing standards and even many in the top management.

Many term Bajaj’s decision to move away from scooters as hasty, as the market for gearless scooters is growing at a fair clip (scooters now account for almost a fifth of all two-wheeler sales) and rivals like Honda, Hero MotorCorp, TVS and Suzuki are dead serious about it, but Bajaj has no intention of rolling back his decision to vacate the space. The profit margins in scooters are simply too thin to interest him.

Bajaj’s latest gamble is the RE 60, through which he is trying to upgrade the three-wheeler market to four-wheelers. This again shows why Bajaj is so successful. Three-wheelers are actually the most profitable automobile products in the world and Bajaj could have opted for the status quo. But the shrewd Bajaj realised a couple of years ago that there is no real barrier to entry in this market and hence the bar somehow needed to be raised. So, the idea behind developing a light four-wheeler is to actually move the three-wheeler market into that space. Reese and Trout would indeed be happy with their Indian disciple.