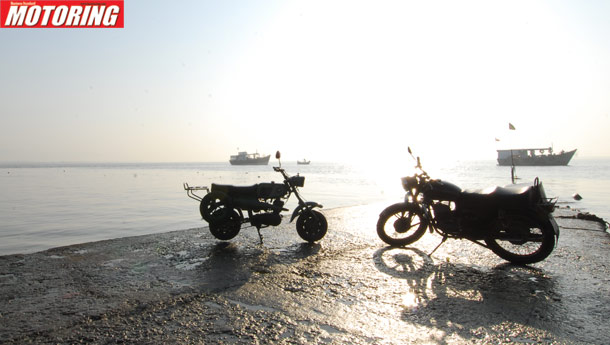 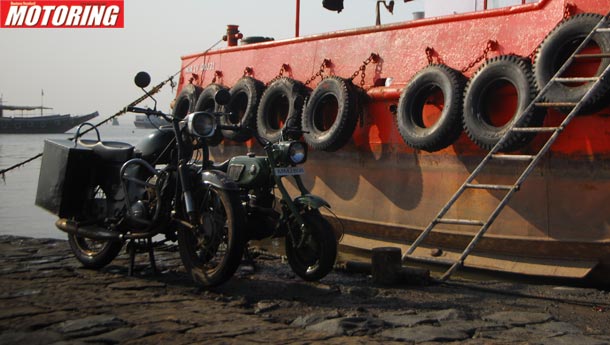 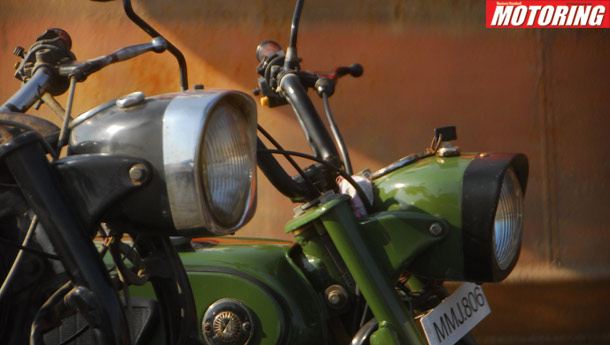 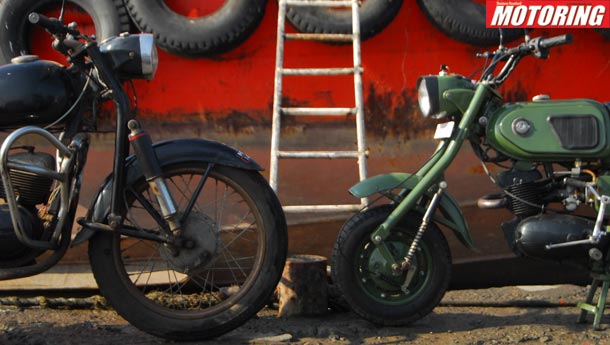 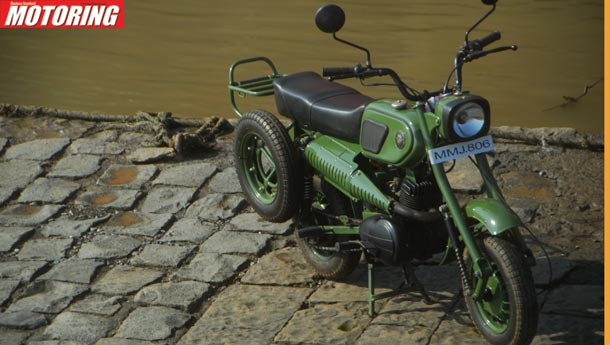 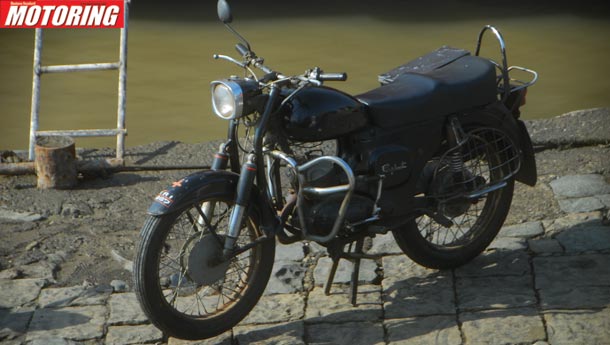 Discussing quality and essential human functioning, the division between the Classical and Romantics is primary and inevitable. While one person is concerned about the ‘what’, another seeks the ‘how’ and yet another finds interest in the ‘why’. For someone sans much mechanical understanding, like me, a motorcycle must run, be rested adequately, and then, when it under-performs occasionally, must be fixed. My understanding of an engine is incomplete. There is an urge to acquire, by some miracle, that knowledge and understanding because I admire the meditative sense around a mechanic at work. It is a commanding silence, which, irrespective of your attempts to disturb it, will retain its wholeness. Call me passive. And I think for that urge to be strong enough for me to do something about it, a Rajdoot may have to be added to the humble collection.

My understanding of Rajdoots is that they exist with a sort of practised quietness. Park it in your field of vision, step back, find a cool bit of sand and take in the ocean. On a Rajdoot 175, it’s more about the motorcycling it provides, than the motorcycle. Superlatives don’t apply to the RD 175. It is a mediocre motorcycle, but its wholesomeness is what is so endearing in the subject/object-oriented times of today. The 175 does not fall into a genre of motorcycles and hence, frees itself from being trapped by subjective/objective questions. Hence, rather than probing its acceleration, handling and fuel efficiency, what’s required is an appreciation of the motorcycling aspect that the 175 brings in sans transmission losses.

For a mechanically passive chap like me, the Rajdoot is a simplistic bridge between man and engine. No, sorry, man and engineering. There aren’t various things to fiddle with. The kick starter’s on your left, there’s a handlebar, three gears in the ’box and no brakes. Thereafter, it’s just a mechanical synchronisation between you, the motorcycle and the road. Sounds like a slow path to boredom, no? It might, but we’re talking motorcycle, so that’s ruled out. The 175 will, what’s the word, plod on endlessly, sagging a bit perhaps, under the load you’re lugging at the back. But it won’t show signs of fatigue. There’s a reason, although this is again more of a metaphysical explanation than a factual mechanical answer. Robert M Pirsig, in his excellent philosophical work Zen and the Art of Motorcycle Maintenance, referred to a state of mind in which runners run to a point beyond which they’re simply running. Running is no more a verb, it is a ‘happening’. The effort is no more felt, the mind is no more required to mediate, the momentum is set. That’s what it’s like to ride, from idling to its top speed, always in this meditative state. You can prod it, but it won’t respond. The rookie will whack the throttle and the Rajdoot will make a note of the action, and will respond only by the time you’ve taken to reach this part of the sentence. Time is going nowhere. Elementary, that most of us in a go-go-go state end up buying Yamaha RX 135s.

Call it a dry run, but the last ten stories I’ve written have been about machines where horsepower is secondary, academic. Here too, 7.5 bhp isn’t a competitive remark. It could have been 6.5 or 8.1, and there wouldn’t have been a difference. Motorcycle transportation was the idea, and that’s the essence. Only, the GTS, famously titled ‘Bobby’, brings in a gimmick to the scene. It’s small. And hence the meditativeness of the engine, same as on the bigger Rajdoot, is on standby. This one’s a cheerful chap, and will win you over with it’s scaled-down stance. It is, due to its basic construction, an intrusive motorcycle. Unlike on the 175, the Bobby won’t leave you unnoticed. When you’re out on the road, people will look at you, wave, cheer, smile and so on. What’s the psyche behind all the waving and smiling? Is it that a person with odd choices is to be smiled at? Or is it in some way a belief that a man on a ridiculously small motorcycle is a friendly, harmless bloke who, because he won’t indulge in murder or theft, needs to be told he’s the epicentre of happiness of the world? It’s a bit annoying, but you move on anyway. Three gears, again and at least this motorcycle had fully functional brakes.

You don’t so much corner as you wobble like a blob of jelly. Especially on the Bobby, where not only do you wobble, but are eternally close to (tasting) tarmac. It’s unsettling, but these are enjoyable quirks. It, in its own little way, demands full attention. You’ve to watch out for braking, or hard cornering, or side winds that can blow you off into another continent, and hence, characteristically, doesn’t leave you with the time to make philosophical developments. You’re simply riding the Bobby, and then you’re not riding it. Nothing in between. The world and its various phases are too much weight for its 1120 mm wheelbase. The Earl’s forks, inverted front to back on the Bobby, work a bit more pronouncedly. The rear suspension isn’t overwhelmed by my weight, and the refined-as-heck gearshift made light work out of zipping past pretty Catholic girls just off from Sunday morning mass in the friendlier parts of Bassein (now Vasai), a quaint town off Mumbai I called home for 12 years.

I like the Bobby, but I want the RD 175. It’s perhaps got to do with the fact that I already have an attention-seeker in the form of a bright, blue scooter. But I think it has more to do with the fact that because of the simplicity of its construction, it fascinates you all the more. Rather than having various adjustments, it simply lets you ride, handlebar, tank and footpeg. It will get you to from pole to pole, if you ever have the unfathomable desire to do so, and it rests only when you want it to. Its Zen-like state of being filters, sub-consciously, through to the rider. It is, hence, very important that I bring one home at the earliest. Or maybe I’ll just talk Vaishali into letting me ‘keep’ her Rajdoot.