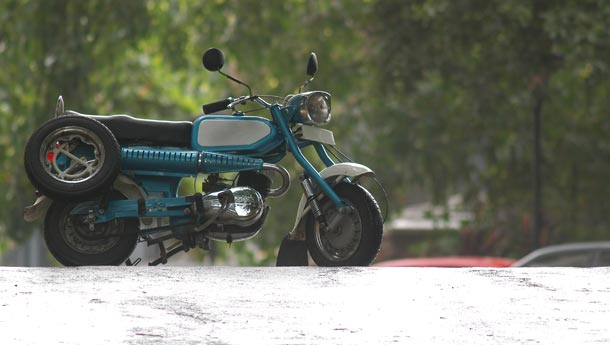 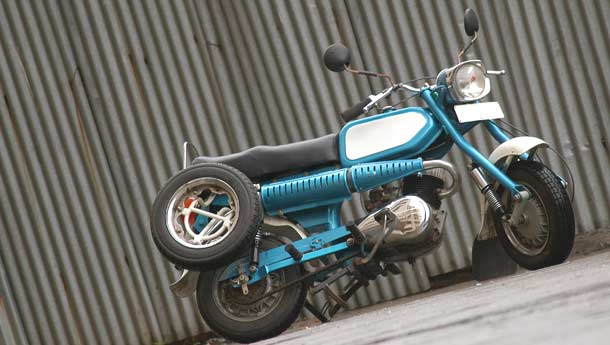 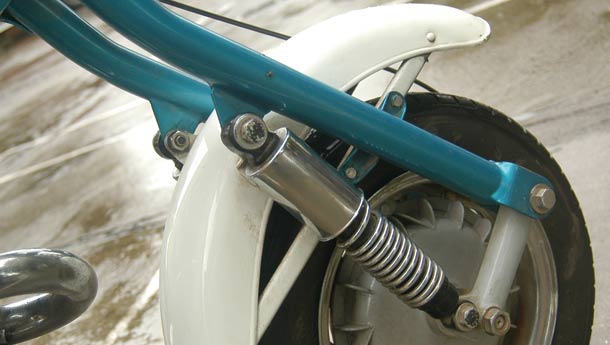 The thing about being 23 years old today is that when I am about 50 and driving classic cars like Srini, for a living, my choices would range from the Skyline GT-R to  an Impreza.  Driving 300 bhp cars that put the fear of God in people would be perfect to see me through my career in motoring journalism.

The sad, rather unfortunate part of being 23 now is that I’ve hardly ever experienced some of the more quirky machines that came here. And there were a few of those, I believe. First of these was the legendary Yamaha RD350. Now, even though I own one, I’ve never seen that beast in a showroom – something that will remain an impossible dream now. Then, there was the Standard 2000, which looked even better than a Ferrari, at least it did to a certain 5-year-old. Don’t laugh. Even Jeremy Clarkson thinks the Rover Vitesse looks good. Hmmm... maybe motoring journalism is in my blood. Anyway, there was also the Enfield Fury. A 175cc 2-stroke, with alloy wheels, a disc up front, a five-speed gearbox...in 1987, during which the glorious two-stroke era was at its prime. So, by the time I got around to riding, the four strokers weren’t even a patch on the heady blue smoke days. But way before that, at a time when shoe soles resembled wooden bricks and trousers flapped enough material to sheet the mainsail of a modest yatch, there was the Rajdoot Bobby. Or as the official name goes the Rajdoot GTS.   Quite frankly, I don’t really know why someone wanted to build a motorcycle that was so small to begin with. It’s not like we are unusually short people. Anyway, somebody at Escorts came up with a plan to base their first motorcycle on a Honda monkey bike. Though the Honda was meant for kids, grown adults were supposed to be riding this one. Remember people, the Bobby happened way before Yamaha came along, so it really is India’s first 100cc indigenous motorcycle.

Just like the Honda, the mini moto got a back bone chassis that used the engine as a stressed member. The 98cc two-stroke motor put out around 7 bhp and given the weight turned the Bobby into a little pocket rocket. And for some reason, possibly a design flair, it came with a scrambler exhaust pipe, replete with a heat shield. Equipment was restricted to a speedo, though it did get a box section swingarm. The GTS was essentially the mini Rajdoot, and right down to the funny forks upfront – though the spare wheel was exclusive to the Bobby.   Now you do remember the movie Bobby right? Here’s a hint. Dimple Kapadia. Short skirt. Got it? Anyway, the Nandas (who owned Escorts) were related to Raj Kapoor and somewhere along the line, they decided that on the GTS as the vehicle on which Rishi Kapoor and his girlfriend would elope. Incidentally, this was the first instance of product placement in Hindi movies. While the skirt guaranteed that people continue to see the movie and search for clips on the Internet even today, the movie gave the GTS a new name. People were turning up at showrooms asking for the bike and soon Escorts started calling it the Bobby.

Incidentally, it was the first bike to target the teenage segment (wouldn’t a modern day version be apt?). But given that it cost 7000 bucks at a time when a scooter cost Rs 4000 while a proper 250cc Yezdi cost Rs7500, it was a rich kid’s prerogative.

Now, any sort of info on the Bobby is extremely sketchy, and all the facts hear are mere approximations based on speaking to various people. I don’t mean to sound cocky, but consider yourself lucky that you are getting to see it. I am sure those of you still in school didn’t even know it existed. So there! Sad, isn’t it? Our first ever motorcycle, and it’s disappeared into oblivion without a trace. Rather tragic...

We would like to thank Andy and his wife Devangana for this brilliantly restored GTS. Andy is a bike nut who’s circumnavigated the globe on a Shogun and now owns indiabikes.com