Mercedes-Benz India successfully concluded the ‘Young Star Driver Programme’ Season II today at the Buddh International Circuit, Greater Noida. The event saw more than five thousand applications from racing aspirants between 18 years to 25 years, in which top six finalists were chosen, who participated in the final race today. The finals of the racing event was flagged off by Eberhard Kern, Managing Director & CEO, Mercedes-Benz India and Vicky Chandhok, a well-known racing personality. 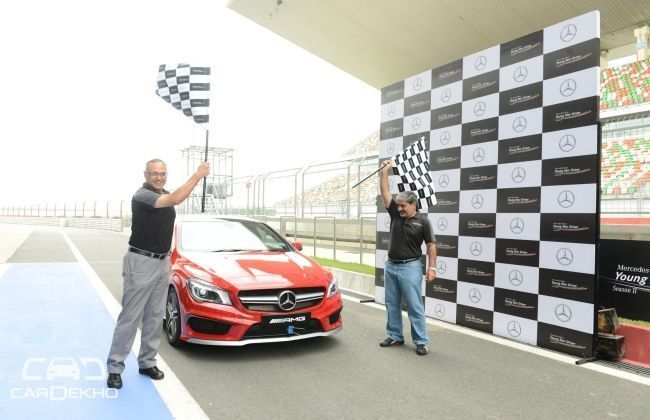 Eberhard Kern, Managing Director & CEO, Mercedes-Benz India: “Mercedes-AMG was born on the racetrack and we are proud of the brand’s global association with different forms of motorsports and our immaculate track record which spells excellence. The current performance of the MERCEDES AMG PETRONAS F1 team, winning a podium in each of the eleven races is a living example of the highest levels of accomplishment and excellence in the competitive world of motorsports. Inspired by such achievements it was Mercedes-Benz’s vision to identify and nurture young motorsports talent in India, which resulted in the creation of the Young Star Driver Programme in 2013. We are overwhelmed with the tremendous response to Young Star Driver Season II, which further reaffirms our belief in the genuine and high caliber racing talents in India and reassures our heading in the right direction. Mercedes-Benz is proud to pioneer such unique initiatives which not only bears a direct connect with the youngsters of the country, but also leaves them with an indelible impression of brand Mercedes-Benz.”

“The winners of the ‘Mercedes-Benz Young Star Driver Programme Season II’ will earn global exposure by working with the best talents from international racing circuit. They will also learn the finer nuances of improving their racing skills on international racing tracks under the guidance of globally distinguished trainers. This exposure will be of much significance to the young talents in their path to becoming successful motorsports professionals, at the same time inspiring thousands of young minds who dream of a racing career in motorsports,” he added. Merc's Young Star Driver Programme season I was held last year, with an aim to create an exclusive platform for young racing talents in the country. And in this season, the manufacturer received double the response, they got for the first season.

Vicky Chandhok commented, “My team and I are glad to be associated with Mercedes-Benz Young Star Driver Programme for the second year as it helps us to scout and nurture the best motorsport talent in the country and provide them an international exposure to support their racing dreams. We have witnessed an increasing awareness about motorsports in India and young talents from across the country are increasingly opting for a career in motorsports. The Season I had been a major success and helped establish the Young Star Driver Programme as a coveted platform for our young talents. In Season II, we received 5970 applicants from small towns and cities beyond the metros, and this trend is extremely encouraging.The process of scouting talent for ‘Mercedes-Benz Young Star Driver’ has been immensely engaging and satisfying for me and my team and we are extremely glad to present the top 6 of the best racing talents from across India at the Buddh International Circuit. The overwhelming response from racing enthusiasts, portray that Mercedes Benz India is on the right track to help youngsters achieve their dreams.” The podium for the Season II of the Mercedes-Benz Young Star Driver Programme comprised of the following Indian Talents: 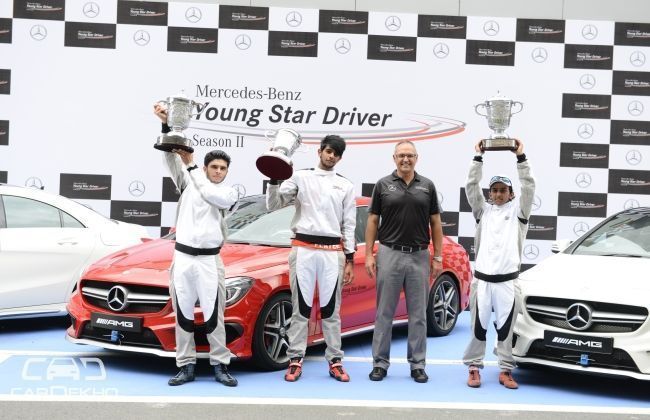 The winner of the racing event gets an opportunity of winning a coveted seat in the AMG Driving Academy PRO-Training in Germany, while the runners-up will get an entry into AMG Driving Academy BASIC & ADVANCED course in the country. Additionally, the winner(Raj) also gets an opportunity to meet racing maestros- Lewis Hamilton or Nico Rosberg, during the upcoming Singapore Grand Prix.